Please contribute towards KJ Vids research and editing costs at www.fundmypage.com/kjvids. Fund My Page is a safe crowdfunding platform that enables YouTube channels like ours raise funds so we can cover our costs and make more quality videos for you.

Diriliş Ertuğrul and the Birth of the Ottomans

Millions have been inspired by the hit Turkish documentary on the founding father of the Ottoman State.

It’s very easy to understand why!

Millions of Muslims around the world have been watching the hit Turkish show, ‘Dirilis Ertugrul’.

The show is a fictionalised historical drama series on the life and struggles of Ertugrul Gazi and the Kayi tribe.

Ertugrul Gazi was the father of Sultan Osman I, who founded the Ottoman State in 1299 CE (698 AH).

Most Ottoman chroniclers date the dynasty’s lineage back to the Kayi tribe.

The Kayis migrated from Central Asia to escape the Mongol raids in the beginning of the thirteenth century.

They eventually settled in Anatolia under the protection of the Seljuk Sultanate of Rum (the Western Seljuk State).

Initially led by Suleiman Shah, the father of Ertugrul Gazi and the grandfather of Sultan Osman I, the Kayis were loyal citizens of the Seljuk State.

They defended the Western frontier of the Seljuk State, which neighboured the Eastern Roman Byzantine Empire.

The Kayis led by Ertugrul Gazi, fought the Byzantines, the Crusaders and the Mongols under the banner of the Seljuk State.

Ertugrul Gazi was an advocate of Muslim unity and the establishment of a State which would rule with the Divine justice of Islam.

The renowned Sufi mystic, Ibn al-Arabi and the famous Anatolian scholar, Shaykh Edebali both documented their encounters with Ertugrul Gazi.

After the gradual decline and subsequent demise of the Seljuk Sultanate of Rum, independent ‘Beyliks’ (principalities) began to emerge in Anatolia.

One of these Anatolian Beyliks in the late thirteenth century was the Kayi principality, which evolved to the Ottoman Sultanate in 1299 CE.

Ertugrul Gazi is a revered figure among Turkish Muslims because he laid the foundations for the Ottoman State.

Ertugrul Gazi died in 1281 in the city of Sogut, which was the first capital of the Ottoman State and is regarded as the birthplace of the Osmanli Dynasty.

You may donate what you towards our project here – http://www.crowdfunder.co.uk/kj-vids 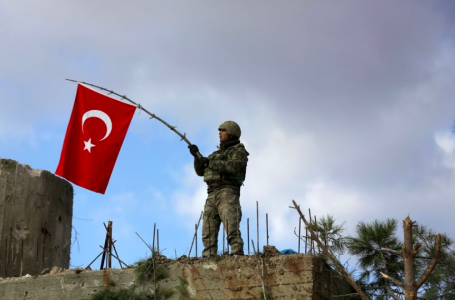