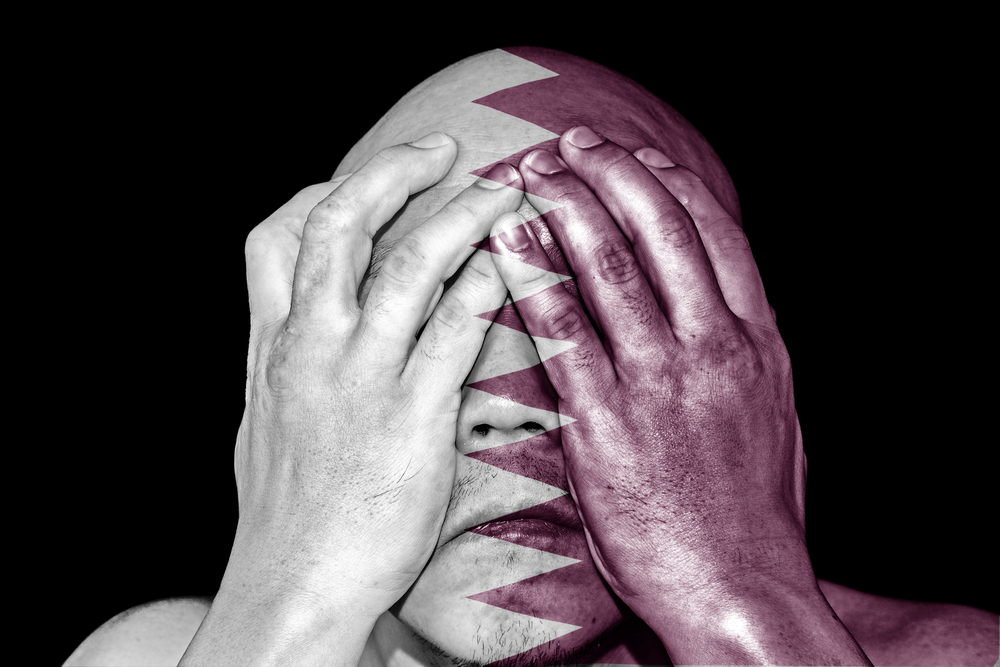 A man covering his eye with his hand with imprint of the Qatari flag for the concept: Justice is blind in Qatar.

A man covering his eye with his hand with imprint of the Qatari flag for the concept: Justice is blind in Qatar.

Natural gas could well emerge as the litmus test of how relations among the Gulf’s energy-rich monarchies evolve if and when a Saudi-United Arab Emirates-led alliance and Qatar bury their hatchet.

It could also position Gulf states as key players in shaping the future of the energy architecture of Eurasia.

This week’s summit in Riyadh of the Gulf Cooperation Council (GCC) that groups Saudi Arabia, the UAE, Qatar, Kuwait, Oman and Bahrain is likely to determine how close the kingdom and its allies are to lifting a 2.5-year-old diplomatic and economic boycott of Qatar.

Qatari foreign minister Sheikh Mohammed bin Abdulrahman al-Thani suggested that secret Saudi-Qatari talks in recent weeks had “moved from a deadlock in the Gulf crisis to talks about a future vision regarding ties.” It was not immediately clear whether the UAE was equally willing to find a way out of the Gulf crisis.

The bellwether of how much progress has been made will be the level of Qatari representation at the Riyadh summit. Qatar emir Tamim bin Hamad Al Thani has refrained from attending GCC summits since the boycott was imposed in June 2017 in a bid to force Qatar to fall in line with Saudi and UAE regional policies and effectively accept the two Gulf states’ tutelage.

An end to the boycott potentially could open the door to the creation of a regional gas network at a time that Qatar plans to increase its annual Liquid Natural Gas (LNG) production by a whopping 64 percent to 126 million tons by 2027 and Saudi Arabia is investing up to USD$ 150 billion in becoming a major gas player.

The network would facilitate Saudi crown prince Mohammed bin Salman’s plans to streamline and diversify the kingdom’s economy. It would further enable Saudi Arabia to capitalize on the fact that Iran is hobbled by crippling US sanctions in its efforts to maintain its status as a key swing producer serving Eurasian markets.

Building a regional network may be easier said than done even if the Gulf states succeed in putting their debilitating dispute behind them. Healing the scars of the dispute that impacted people’s lives on both sides of the divide to the point where countries like Saudi Arabia and Qatar would be willing to become dependent on one another is likely to take time.

That kind of trust didn’t exist even before the Gulf crisis. Saudi Arabia initially opposed the construction of the Dolphin gas pipeline, the region’s first cross-border gas project that links Qatar to the UAE and Oman.

Qatar continued to supply the UAE with two billion cubic feet of gas a day despite the boycott, which the Emirates would have found difficult to fully replace.

An end to the boycott would significantly enhance Saudi plans announced in early 2019 to establish a natural gas network with the UAE and Oman that eventually would extend to Kuwait, Bahrain Iraq, Jordan, Egypt and possibly Palestine.

Potential moves to enhance gas cooperation in the Gulf come as the eastern Mediterranean emerges as a potential competitor, particularly in future exports to Europe, Asia and China.

Huge gas finds in Israeli, Cypriot and Egyptian waters have seen industry eyes swivel to the Levant Basin, which, according to a 2010 estimate by the US Geological Survey, could hold as much as 122 trillion cubic feet of natural gas, the equivalent of Iraq’s reserves.

Energy experts argue that Qatari gas could significantly help Prince Mohammed rationalize Saudi Arabia’s energy market at a time that climate change is casting doubts on the sustainability of oil.

The King Abdullah Petroleum Studies and Research Center estimated that Saudi Arabia burned some 900,000 barrels per day of liquid fuels for industrial use and power generation in 2017.

“Replacing this oil with natural gas could generate more than U$10 billion of additional export revenue at current market prices… Qatar is one of the cheapest ways for the kingdom to remove oil entirely from power generation,” said Andy Critchlow, head of Europe, the Middle East and Africa at S&P Global Platts.

While Qatar may be willing to assist Saudi Arabia once the boycott is lifted, its is certain to ensure that it does not become dependent on gas exports to the kingdom.

Diversification of its gas exports is a pillar of Qatar’s soft power strategy that helped shield it from the effects of the boycott.

Some Qatari officials have long believed that gaining control of Qatari gas reserves was a main objective of the Saudi-UAE boycott.

As a result, Qatar is likely to be weary of plans by Saudi Arabia to become a global gas player. The kingdom holds the world’s fourth largest gas reserves that it so far has been unable to develop.

Amin H. Nasser, CEO of Aramco, the Saudi national oil company, said earlier this year that he expected the kingdom to massively invest in the Saudi gas sector over the next ten years. Mr. Nasser envisioned gas production increasing from 14 billion standard cubic feet to 23 billion by 2030.

“We are looking to shift from only satisfying our utility industry in the kingdom, which will happen especially with the increase in renewable and nuclear to be an exporter of gas and gas products,” Mr. Nasser said.

Qatar laid down its marker a year ago when it decided to leave OPEC, the cartel of oil exporting countries, to focus on its gas exports.

Speaking at the time, Qatari energy minister Saad Sherida al-Kaabi, articulated what is likely to shape the Gulf state’s policy even if the boycott is lifted.

“We are not saying we are going to get out of the oil business, but it is controlled by an organization managed by a country,” Mr. Al-Kaabi said.

Qatar, he said, was unwilling “to put efforts and resources and time in an organization that we are a very small player in, and I don’t have a say in what happens.”

Thank you for joining me today. I hope you enjoyed the podcast. A written version of this podcast is on my blog, The Turbulent World of Middle East Soccer at mideastsoccer.blogspot.com. Please join me for my next podcast in the coming days. All the best and take care