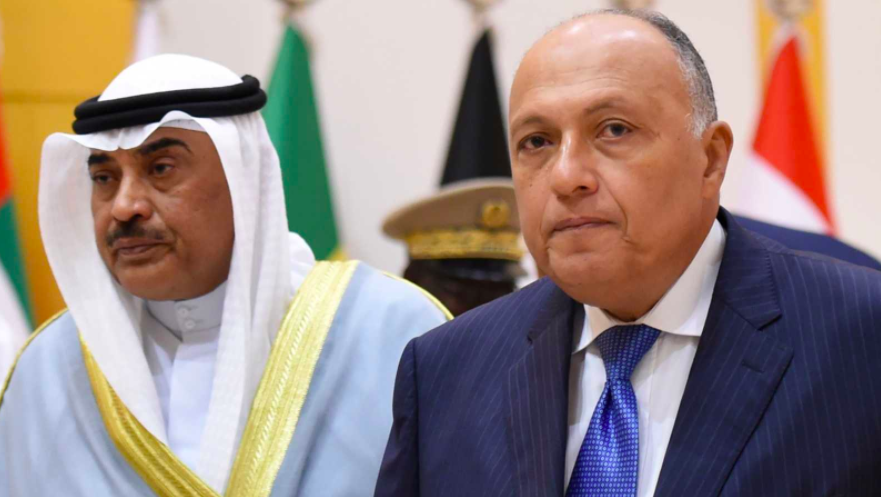 Egypt and Qatar have agreed to resume diplomatic relations, the Egyptian foreign ministry said on Wednesday, making Cairo the first to officially do so under an Arab deal to end a long-running dispute with Doha.

“The Arab Republic of Egypt and the State of Qatar exchanged, today, January 20, 2021, two official memoranda, in virtue of which the two countries agreed to resume diplomatic relations,” a Foreign Ministry statement said.

On Saturday, Saudi Arabia’s foreign minister said the kingdom expects to reopen its embassy in Qatar within days, and full diplomatic relations between the two would resume.

Saudi Arabia, the United Arab Emirates (UAE), Bahrain and Egypt  severed diplomatic and trade relations with Qatar in 2017, accusing Doha of supporting terrorism. Qatar has vehemently denied the accusation, saying the blockade was an attempt to infringe on its sovereignty.

The U.S.-backed accord to end the row was one of a series of Middle East deals by former U.S. President Donald Trump’s administration aimed at building a united front against Iran.

A Qatari foreign ministry official pledged in a meeting with Egyptian and Emirati security officials on Saturday that Qatar would not interfere in Egypt’s internal affairs, two Egyptian intelligence sources told Reuters.

He also pledged a change of orientation for Qatar’s al-Jazeera television channel, which is state-funded, and state-owned media outlets towards Cairo, the sources said. Qatar’s foreign minister had said in televised remarks after the Arab deal was announced that Al Jazeera is an independent media institution.

The Egyptian intelligence sources also said the officials agreed on economic cooperation and a series of meetings on outstanding issues such as Libya and the Muslim Brotherhood. The officials agreed to restore diplomatic relations between Egypt and Qatar “under probation,” as one source put it.

First flights between Egypt and Qatar

In a positive sign that the restoration of diplomatic ties is off to a good start, The first commercial flight from Qatar to Egypt in three and a half years, an EgyptAir service to Cairo, took off from windswept Doha airport.
It was followed shortly after by the arrival of an Air Arabia flight from Sharjah in the UAE.
The resumption of flights from Doha to Cairo will simplify travel for the large contingent of Egyptians living in Qatar.
As many as 300,000 Egyptians call Qatar home, according to official statistics, but many were unable to travel home during the crisis.

In May 2020, frustrated Egyptians protested outside the compound housing Egypt’s then-empty embassy.
Following the demonstration, 18 repatriation flights operated via neutral Oman to comply with Cairo’s ban on direct air traffic. A Qatar Airways plane was due to also make the trip to Cairo later Monday. Flights between Doha and Saudi Arabia, which has also opened its land border to Qatar, resumed on January 11.

Qatar’s second route to Alexandria will resume next week. The resumption will be a boon for Qatar Airways and passengers alike, increasing traffic and cutting down flight time.

Along with Qatar Airways, EgyptAir also resumed flights between Doha and Cairo yesterday. The carrier operated the route using a Boeing 737-800, leaving Cairo at 09:10 AM and reaching Doha at 12:35 PM local time, according to FlightRadar24.com. Qatar Airways will also start its second route from Doha to Alexandria on January 25th.

One major benefit for Qatar Airways will be shorter flight times since the airline can now fly over Saudi Arabia, Bahrain, and Egypt again. The ban previously forced Qatar to take more circuitous routes when flying west, adding up to an hour to its flights to Africa and other destinations.

Will this lead to further change?

Will this lead to more change in the region? Egypt has shown signs of a change of attitude in Libya, recently launching talks with the GNA. Meanwhile, Turkey has also made attempts to re-establish diplomatic dialogue with Egypt.

Turkish Minister of Foreign Affairs Mevlut Cavusoglu told reporters Dec. 30 that Turkey and Egypt are working on shaping a road map for their bilateral relations.

He added that the Turkish and Egyptian intelligence and foreign ministries have been in touch to promote their relations according to the principle of non-conflict in international forums.

Cavusoglu’s statement comes a few months after Turkish President Recep Tayyip Erdogan expressed Turkey’s desire to open dialogue with Egypt in September. Erdogan said in statements to the media, “We have no problem having dialogue with Egypt. Intelligence talks with Egypt are different and possible, and nothing is standing in the way.”

Egypt has not officially commented on Cavusoglu’s statements, but an Egyptian diplomatic source told Al-Monitor on condition of anonymity, “Cairo is waiting for actual actions, rather than mere media statements. Actions should be aligned with words.”

The repeated statements from Turkey about calls to hold a dialogue with Egypt aim at coordinating on two main issues: the Libyan crisis and the gas issue in the Eastern Mediterranean.

After Egypt has recently made progress in restoring other strained relations, there are some signs that more reparations with Turkey will follow, however more needs to be seen to identify Egypt’s intent in this regard.