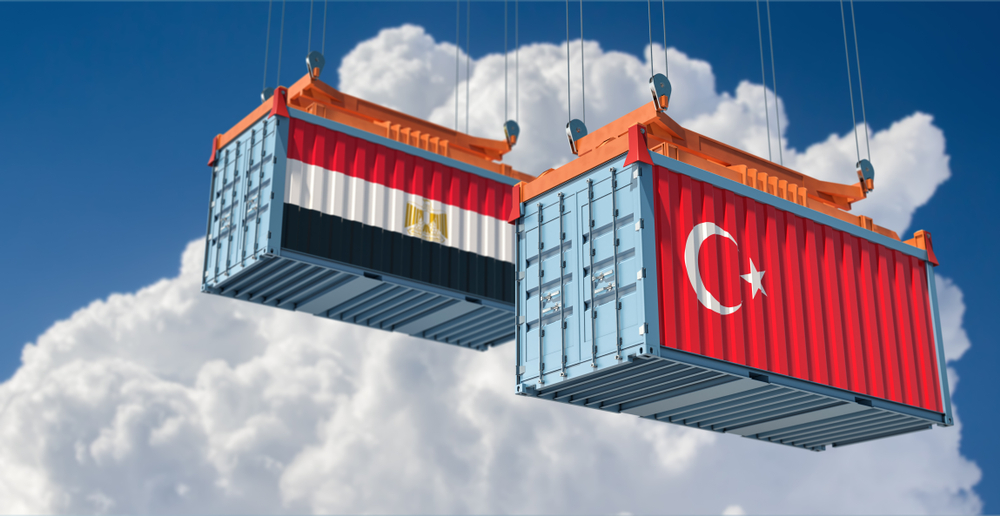 The rise of tensions in the Mediterranean

Turkey has raised many eyebrows with its new attempt to gain positions in the Mediterranean to search for gas and oil sources. Egypt and Israel, fear their monopoly on Mediterranean gas.

Turkey has made these intentions clear, with World Bank data showing a rising trend in Turkey’s energy imports, accounting for 75% of its energy needs in 2015, Ankara sees securing its share in a growing contest over the Mediterranean as vital. “Turkey wants to stop the bleeding on energy and develop oil and gas sources,” Bashir Abdel Fattah, a researcher at Egypt’s Al-Ahram Center for Political and Strategic Studies, told DW. “It only has 12 nautical miles as a maritime border, in accordance with the 1982 convention, and that does not have any oil or gas wells.”

Two memoranda of understanding (MoU), signed last month between Turkey and Libya, have changed the landscape in the region: One for military cooperation, the other, importantly, on the delineation of the maritime boundaries. Previous agreements signed between Egypt, Israel, Lebanon, Cyprus and Greece had already partitioned the Eastern Mediterranean among themselves without taking Ankara into consideration. What was left to Turkey was confined to the northern half of the narrow strip of sea between its Mediterranean shorelines and Cyprus. Cyprus has signed a $9.3 billion contract with a group of oil and gas companies  Noble, Shell and Delek, from the US, the Netherlands and Israel respectively. These nations will seek ways to force Turkey and Libya to step back from this initiative.

Turkey says, if necessary, it will use military force to defend its rights. If this happens, it will be the worst-case scenario, because it will have to face several stakeholders at the same time. Turkey’s assertive move towards gas in the Meditteranean is hence a risky and dangerous one, that has expectedly already drawn strong opposition from Egypt.

In response to Turkey’s newfound interest in Libya and the Mediterranean, Egypt has staged large-scale naval war games in the Mediterranean, throwing into the drills some of its most valuable and recent acquisitions, including a French-made helicopter carrier and a German-made submarine.

The most recent manoeuvres conducted by the Egyptian army are a message to Turkey which seeks oil exploration in the Mediterranean Sea and deploys troops in Libya against Cairo’s desire, according to Egyptian analysts. “It’s (the military exercises) a message to the Turkish side to realize the capabilities of the Egyptian army on the battleground,” said Tariq Fahmy, a professor of international relations at Cairo University.

In December, Egypt’s naval forces conducted activities in the Mediterranean Sea aimed at imposing maritime control on the country’s economic zone and securing vital targets in deep water, according to a statement by the armed forces.

It is, therefore, the second Egyptian war games in less than a month, reflecting Egypt’s desire to send a message of deterrence to Turkey, where parliament on Thursday authorised the dispatch of troops to fight alongside the militant groups linked to the Tripoli government against Haftar’s forces.

Egypt’s navy is the 6th strongest in the world according to global firepower, with an increasing level of modern equipment in its arsenal, and the Egyptian Navy’s remaining unique and significantly upgraded Cold War-era Romeo class submarines remain ready to sortie out into the Mediterranean to defend the country’s interests, even as they approach the final years of their decades-long careers, and hence Turkey should be cautious and consider whether it would be a smart move to enter into a naval conflict with Egypt.

Other options still being examined

Although tensions are high between Egypt and Turkey, and any wrong move on the Mediterranean can spark a war, it appears that Egypt is still taking other measures to combat Turkey’s increasing influence.

Egypt called upon the international community to face this “negative approach,” which coincides with Germany’s efforts to reach a comprehensive peaceful solution for the conflicting parties of Libya.

In another measure that does not necessitate military intervention, a number of Egyptian MPs called on Saturday for boycotting Turkish products in the Arab world. “Arabs should stand united and boycott all Turkish products on sale in Arab markets,” said El-Badri Deif, an independent MP and deputy chairman of parliament’s economic affairs committee. He added that the boycott will put further pressure on Turkey and express the Arabs’ solidarity with Libya, facing Turkish military intervention.

It is clear that Egypt is not looking for a direct naval war with Turkey, but it has shown its readiness for military action through the latest drills, showing that it is prepared to act should Turkey attempt to violate Egyptian maritime borders.