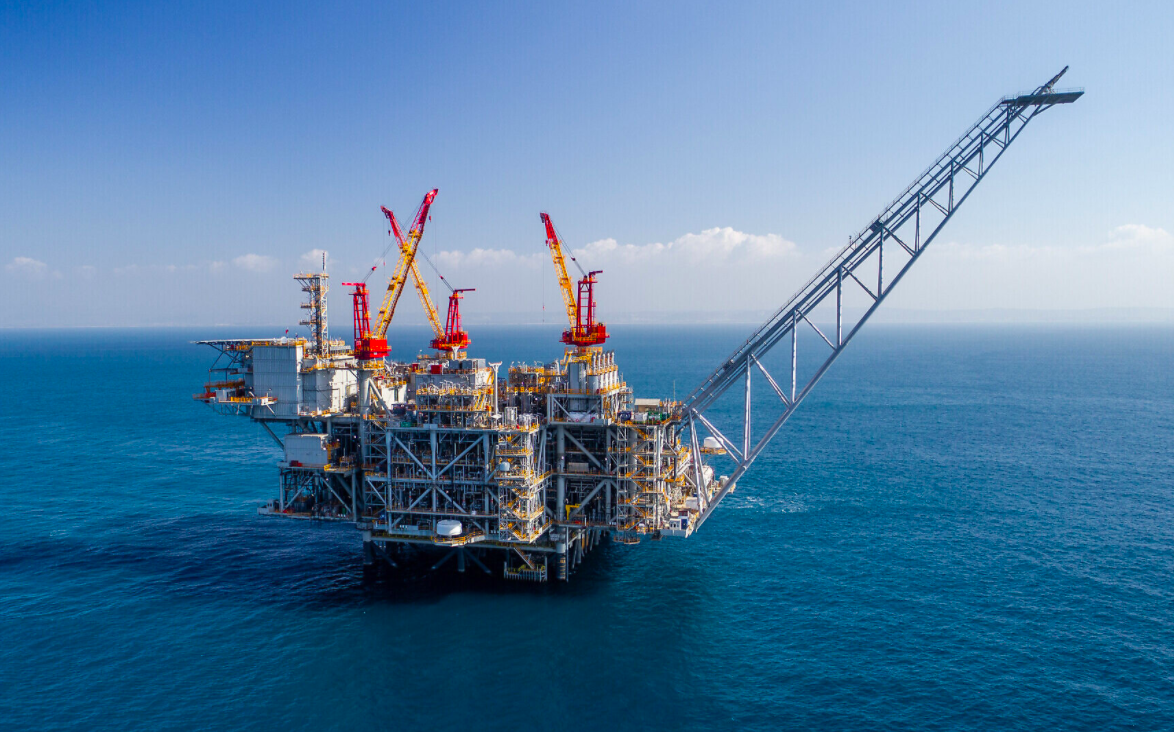 Yuval Steinitz hosted a meeting with his Egyptian counterpart, Tarek El Molla, as both countries look for new ways to expand the development of east Mediterranean natural gas.

The Leviathan field, located 130 km (80 miles) off Israel’s coast, already supplies the Israeli domestic market and exports gas to Jordan and Egypt. Its shareholders include Chevron and Delek Drilling.
Leviathan’s partners have been exploring options to expand the project, including a floating LNG facility or a subsea pipeline to link up with LNG terminals in Egypt that have been idled or run at less than their potential capacity.

Steinitz said the two governments were moving ahead with the pipeline plan and were working on a formal agreement.
“The two ministers agreed on the construction of (an) offshore gas pipeline from the Leviathan gas field to the liquefaction facilities in Egypt, in order to increase the gas exports to Europe through the liquefaction facilities in Egypt,” Steinitz’s office said in a statement.

Following the establishment of the Eastern Mediterranean Gas Forum, the two ministers made clear their support for coherent and strong energy infrastructure in the eastern Mediterranean, with the aim of maximizing natural gas resources and reserves in the region, the statement read.

This is the first visit for an Egyptian minister to Israel for five years. El-Molla was welcomed by Israeli Prime Minister Benjamin Netanyahu at the prime minister’s headquarters in West Jerusalem, in the presence of Steinitz.

Netanyahu said he believes the meeting to be a tremendous opportunity to achieve regional cooperation between Egypt, Israel and other countries.

“We believe that a new era of peace and prosperity is currently prevailing, thanks to the Abraham Agreements,” he added.

This is clearly an important step for Egypt and Israel in establishing themselves as an energy force to be reckoned with in the Mediterranean.

The growing gas cooperation an trust comes up as Egypt looks to develop its ties with Israeli ally the US.

Sisi received Monday Chief of the US Central Command Kenneth McKenzie Jr. in Cairo, in the presence of Egyptian Minister of Defense and Military Production Mohamed Zaki, Chief of Staff Mohamed Farid, and US Ambassador to Egypt Jonathan Cohen.

The US commander’s visit is the first for a high-ranking US military official since Biden’s inauguration last month.

“The Egyptian-American ties are well established, and Egypt looks forward to further bilateral cooperation in all sectors, particularly the military one,” Sisi told his host.

Furthermore, it is increasingly in Israel’s interests to increase energy cooperation with Egypt, as Egypt is becoming an energy hub in the region.

Six states signed a charter for an Egypt-based energy forum on Tuesday, giving formal status to a group that seeks to promote natural gas exports from the eastern Mediterranean and that Israel hopes will strengthen ties with Arab neighbours.

The Palestinian Authority is also part of the forum, Israeli Energy Minister Yuval Steinitz said in a statement.

The gas forum mentioned above aims to unite regional rivals of Turkey, which has been locked in a bitter dispute with European Union members Greece and Cyprus over gas drilling rights in the region.

The 2015 discovery of the giant offshore Zohr field had unlocked interest in Egypt’s energy market and encouraged Cairo to promote itself as a regional hub.

However, regional politics, infrastructure and transport costs, and rivalry between Turkey and eastern Mediterranean neighbours, complicate prospects for exploiting and transporting gas from the region, even with Israeli cooperation.

Since August 2020, Turkey has been sending several drill ships to the Eastern Mediterranean, which raised diplomatic tensions in the area. The dispute started in July when Turkey put a naval alert informing that it was sending Oruc Reis research ship to carry out drilling operations close to the Greek island of Kastellorizo. Turkish and Greek officials have been holding technical meetings in Brussels since September 2020 to find a common ground on the issue. On the other hand, it has been said that in order to expand its drilling fleet, Turkey plans to acquire a fourth vessel from Norway soon. Therefore, the maritime border dispute does not seem to be resolved anytime soon.

Meanwhile, Turkey’s maritime accord with the Libyan Government of National Accord (GNA) also created tensions with other regional powers, such as Egypt and Saudi Arabia, since they are the supporters of the Tobruk Government, as it gave Turkey a large sphere of possible exploration waters that threaten Egyptian interests.

Turkey has ambitious plans for gas exploration, as shown with its moves in the Black Sea. Turkey’s state-owned oil and gas company is considering partnerships and plans to raise funding this year to carry out work on the biggest natural gas discovery in the Black Sea, according to people with knowledge of the matter. The necessary capital investment to produce the gas and deliver it onshore is estimated to be around $3.2 billion, one of the people said. Turkish Petroleum, also known as TPAO, was allocated 13.4 billion liras ($1.9 billion) from the government’s 2021 budget. It isn’t clear how much of that will be earmarked for the Black Sea gas project.