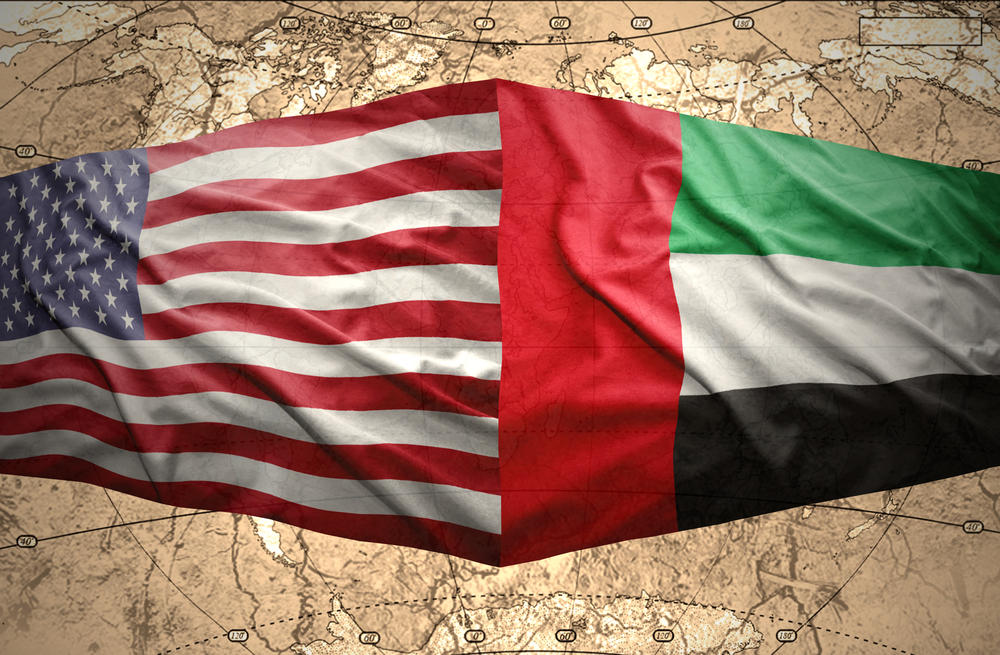 UAE at the forefront of the Iranian threat

The UAE’s geographical position places it at the forefront of what it and the US view as the Iranian threat, and is hence crucial in balancing that threat and ensuring that it does not grow. The UAE is also very active in developing its military and geopolitical position in the face of this threat, and the results of this can be observed not only in the domestic growth of the military but also the Southern Separatists in Yemen who they fund and back.

In the last few years, the US has realised the strategic importance of the UAE and their clear intent and has hence kept constant contact and collaboration with the Gulf State. As recently as last month, the UAE and US discussed issues of common interest, including ways to continue working together to counter extremism, challenge the broad range of threats posed by Iran, and promote more inclusive and peaceful societies in the Middle East, during a meeting between Shaikh Abdullah bin Zayed Al Nahyan, Minister of Foreign Affairs and International Cooperation with senior US government officials.

“The UAE and the US are close friends and strong allies,” said Shaikh Abdullah. “Our enduring bilateral partnership with the US is based on shared values and a common outlook for a more inclusive and peaceful future in the region.” In a sign that the military collaboration between the US and the UAE is stronger than ever, last week, the joint military exercise between the ground forces of the UAE and the United States, dubbed “Iron Union 12”, concluded successfully achieving the desired goals and plans.

The regular ‘Iron Union’ exercises allow the forces to practice communication and coordination, ensuring they are prepared if they find themselves on the battlefield together for real. The Iron Union exercises take place twice a year, with the most recent being the 12th. A larger UAE/US exercise, Native Fury, is also coming up soon. The US has put its faith in the growing military and geopolitical prowess of the UAE will continue to do so, as tensions with Iran grow.

Is the US losing faith in Saudi Arabia?

As the US strengthens cooperation with the UAE, it appears Saudi Arabia could be moved aside as the region’s leading figure and US partner. The roots of this hypothesis are the Saudi’s military failures in Yemen, as they have failed to suppress the Iran-backed Houthis and have even lost ground to them.

The Saudi backed government in Yemen was also suffering militarily from the UAE backed separatists, forcing the 2 to sign a power-sharing agreement to face a common enemy in the Houthis.  Nevertheless, the US has not seen this as a positive sign and has already been put on pressure to cease funding of the Saudi-led operation in Yemen. “Democrats increasingly purport to support putting an end to the country’s many endless wars,” said David Segal, executive director of the progressive advocacy group Demand Progress, “But anything less than using the NDAA to ensure an end to our involvement in the Yemen war would belie these claims.”

Another reason for the US to start losing confidence in Saudi military capabilities is the attack on Saudi oil facilities on Sept. 14, which many speculated could have come from Iranian forces. The failure of interception of this attack has sparked grave worries in the Whitehouse, and doubts about security in the region. The United States, European powers and Saudi Arabia blamed the Sept. 14 attack on Iran.

Yemen’s Houthi group claimed responsibility for the attacks, and Iran, which supports the Houthis, denied any involvement. Yemen is south of Saudi Arabia. Although the Trump administration has not shown any signs of lost confidence in the Saudi’s role as geopolitical leader of the region, there are several reasons to believe that such concerns do exist, and might be pushing the US to shift its focus on the UAE, who could be a more reliable partner in the face of external threats.

Saudi Arabia realizes the importance of the UAE

As the UAE gains geopolitical and strategic importance and develops ties with the US, Saudi Arabia has also strengthened its ties with the nation, and put aside its differences to grow bilateral, military and economic ties. This was shown most evidently at the beginning of November, when Yemen’s Hadi government who are backed by Saudi Arabia, and Yemen’s Southern Separatists backed by the UAE achieved a breakthrough in the ongoing Yemen conflict by signing a power-sharing agreement.

This has restored the unity in purpose between the 2 countries’ militaries in a joint fight against the Houthis, and therefore Iranian influence. Saudi Arabia has realized that the 2 main powers of the Gulf need to be united in order to fend off Iranian influence and threat.

They have also grown their economic relations, as towards the end of last month, the UAE Ambassador to Saudi Arabia, Sheikh Shakhbout bin Nahyan Al Nahyan, and his Saudi counterpart, Turki Aldakhil, penned a joint opinion piece in which they reaffirmed the determination of both countries to work hand-in-hand towards a “bright future” filled with economic stability and sustainable development.

There is no doubt that Saudi-UAE cooperation differs from all other forms of Arab collaboration and coordination. Within a short span, this alliance has developed to become the defining factor of many economic, political, military, security and strategic trends in the region, which in turn has restructured the balance of power in the Arabian Gulf.