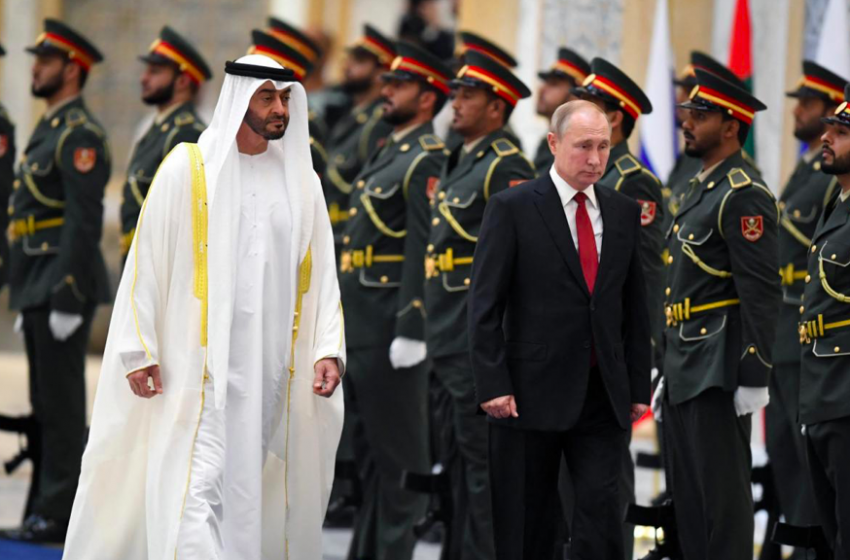 Russia has launched a full-scale military invasion of Ukraine as President Vladimir Putin demanded Kyiv’s army lay down its weapons.

The US, EU and Western allies have ramped up sanctions against Russia, targeting banks, oil refineries, and military exports. Ukraine’s President Volodymyr Zelenskyy has pledged to not surrender and continue fighting to defend his country.

Reports that actual fighting is now taking place are starting to trickle in, with losses on both sides. In an address to the nation, Ukrainian President Volodymyr Zelenskyy has called for any Ukrainian with military experience to come forward and volunteer to defend the country. He also urgently appealed for citizens to donate blood to help treat the wounded.

On 23 February, the Council of the EU, within the existing framework for sanctions, agreed a package that extended targeted restrictive measures to cover all 351 members of the Russian Duma who voted in favour of the appeal to President Putin to recognise Donetsk and Luhansk as independent states. Further sanctions were also imposed on an additional 27 high profile individuals and entities who have played a role in undermining the integrity and sovereignty of Ukraine. The sanctions also include an asset freeze, a prohibition of making funds available to the listed individuals and entities and a travel ban. Given the circumstances then, this was a suitably strong package, especially when paired with the (positively surprising) German decision to shelve the opening of Nord Stream 2 that would have delivered gas directly from Russia to Germany.

Russia’s military claims to have taken full control of Kherson, a key Ukrainian port city on the Black Sea. Footage showed Russian forces and tanks in the city centre amid reports of erecting checkpoints surrounding the city.

Russian paratroopers landed in Ukraine’s second city Kharkiv amid heavy fighting. Ukrainian officials say a hospital has been attacked and the barracks of a flight school is on fire after an air raid.

Today, Russia’s defence ministry urged Kyiv residents to flee and said it would strike unspecified areas used by Ukraine’s security services and communications. Russia describes its assault on Ukraine as a “special operation”, not an invasion seeking territory.

A US official said a miles-long armoured column bearing down on the capital, Kyiv, had not made any advances in the past 24 hours, frozen in place by logistics problems, shortages of fuel and food, and perhaps pausing to reassess tactics.

During a United Nations Security Council emergency meeting on Ukraine, the Ukrainian ambassador called for an urgent discussion on banning flights through air space in Ukraine and said there was damage to the nuclear plant attacked by Russian forces.

The war has triggered the worst refugee crisis in recent years, as nearly 875,000 people have now fled Ukraine since Russia launched its invasion, according to the United Nations refugee agency (UNHCR).

As Russia’s advances on all sides are moving at a much slower pace than initially expected, especially in the North, Russian forces have intensified attacks on several key Ukrainian cities, targeting civilian facilities as well, as Ukraine’s president accused Moscow of wanting to “erase our country”.

The UAE’s reaction to the invasion

As the Western world moves to diplomatically isolate Russia amid widespread global condemnation over its war on Ukraine, the United Arab Emirates (UAE) stands out as one of a few countries keen to maintain a neutral, if not supportive, stance towards Moscow.

On Wednesday, it was among an overwhelming majority of states that backed a resolution at an emergency session of the United Nations General Assembly (UNGA) reprimanding Russia over its invasion of Ukraine and demanding Moscow immediately withdraw its forces.

That stood in stark contrast with its decision on Friday during a UN Security Council (UNSC) meeting to abstain from a vote on a similar text.

In a Twitter post on Sunday, UAE presidential adviser Anwar Gargash said the Gulf state “believes that taking sides would only lead to more violence” and that the UAE’s priority was to “encourage all parties to resort to diplomatic action”.

Unlike UNGA resolutions – which have political weight but are generally non-binding – those adopted by the UNSC, where Russia has veto power, are more consequential.

“Right now, we recognise that this resolution adopted here today is a necessary signal of where we need to be going,” the UAE’s UN envoy Lana Nusseibeh said on Wednesday, a day after calling for “space for a diplomatic off-ramp” to be maintained and “channels” to remain open.

According to Andreas Krieg, an associate professor at the School of Security Studies at King’s College London, the UAE’s disparate votes reflect a “balancing act” it has chosen to adopt towards the Ukraine-Russia crisis and wider foreign policy issues.

Highlighting the UAE’s keenness to support Russia while appearing neutral in the conflict, Krieg pointed out that its vote in favour of the more symbolic UNGA resolution was because it was “less likely to antagonise Russia” compared to the UNSC one.

Hours before Russia unleashed its massive ground, sea, and air assault against Ukraine on Thursday, the UAE stressed its “depth of friendship” with Moscow.

The National, a UAE-based publication owned by a member of its royal family, has reportedly told staff not to refer to Russia’s attack on Ukraine as an “invasion”.

Shift to the East?

The UAE in recent years has been strengthening its ties with China and Russia in both geopolitical and economic spheres. The UAE’s relations with China even reached a point where construction of a Chinese military base in the Gulf state had reportedly begun, which forced the US to intervene and make the UAE halt the construction. The UAE’s ties with Russia have also been expanding with the latter’s increasing interest in the Gulf. Although the growth in relations has been mostly focused on the economy and trade between the two countries, Russia and the UAE have faced an increasingly visible geopolitical alignment in recent years, both backing Haftar’s forces in the Libyan civil war, and now Bashar Al Assad’s government in Syria. The UAE views Russia as an important partner that would help diversify its foreign policy dependence on the US, which the UAE has been moving away from in favor of a more independent foreign policy under the leadership of Sheikh Mohammed Bin Zayed. The UAE, in particular Dubai, has long been seen as a magnet for Russian investment, and a vacation destination for the Russian elite. Furthermore, as major players in the energy markets, most GCC states have a relationship with Russia as fellow producers.

For more than seven decades, the United States has played a key role in the Middle East, serving in particular as a defender of the oil-rich Gulf monarchies.

But in recent years, Washington has begun limiting its military engagements in the region.

Dr Ali Bakir, Research Assistant Professor at Qatar University’s Ibn Khaldon Center for Humanities and Social Sciences, told The New Arab that Abu Dhabi wants Russia’s support in the UN, which was seen this week when Moscow backed a UN weapons embargo against the Yemen rebels.

The second reason why the UAE have supported Russia in this conflict is that the UAE wants to send a message to US President Biden by appearing to support Russia at the UNSC. “Since Biden came to power, he has somehow sidelined the UAE and Saudi Arabia and in turn empowered Qatar on the regional and international stage,” said Bakir.

The third reason could be that Abu Dhabi is trying to reposition itself in a changing global arena where there is a shift in power from the West to the East. This can be reflected by China and India’s refusal to condemn Russian aggression.

“Abu Dhabi’s actions… can be interpreted as a way to balance between the great powers in order to best serve the national interest,” he added.

“Russia is seen as an ideological ally while American human rights strings attached to their support are becoming ever more of an issue,” Andreas Krieg, Middle East expert and associate professor at King’s College London, told AFP.

The UAE’s recent re-establishment of ties with Turkey has been another example of the Arab state recognizing the US’s reduced significance in the region under the Biden administration, and the need to establish ties with rising regional powers like Turkey instead. The UAE still considers the US and the West as important allies and geopolitical partners, however in a more opportunistic sense, establishing avenues of partnership in various developments that the UAE could benefit from in expanding its economic and geopolitical reach. The UAE’s foreign policy is not aligned solely with the US and the West as it used to be, although the former still hold important influence on the Gulf state, but visibly not enough to get them on board in alliance-testing conflicts like Russia’s invasion of Ukraine.