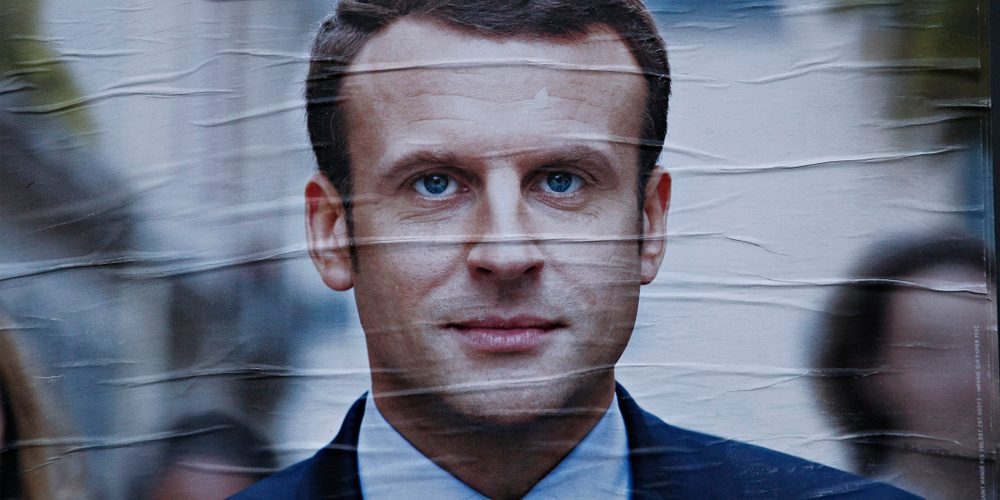 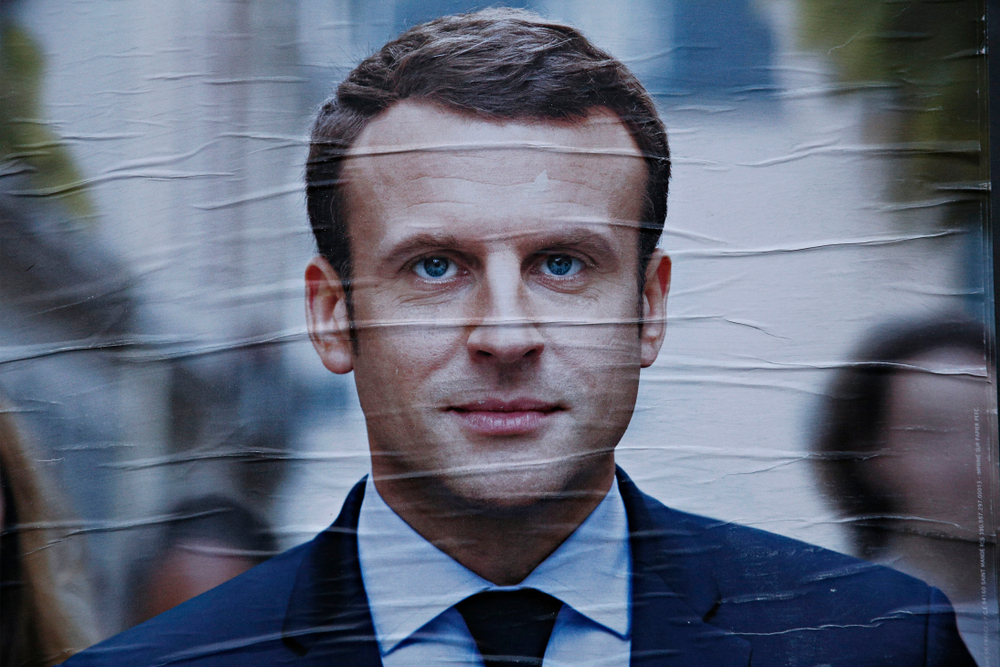 Does Macron want France to replace the US in the Middle East?

About a month ago, Lebanon suffered a major catastrophy. The Beirut Blast, a huge explosion devastated the port area of the capital. The blast killed at least 100 people and injured more than 4,000 others, plunging an already politically and economically fragile Lebanon into a major crisis. France, led by President Emmanuel Macron, rushed to the rescue of the ailing nation,with supplies, crisis and health care workers, and strong leadership, attempting to establish a new political order. This swift and comprehensive action by France, especially on the political front, has raised many eyebrows, leading many to question France’s intentions in the Arab nation with a French colonial past.

How did France help Lebanon? France sent two military planes with 18 tons of medical equipment and 700 tons of food to the stricken capital, along with doctors and relief workers. Macron visited Beirut two days later in a show of solidarity. The following Sunday, he led a virtual international donors conference to aid Beirut. More than a dozen world leaders pledged €250 million ($300 million), which would be funneled through the UN directly to victims rather than through Lebanon’s government. On Aug. 10, Lebanon’s Prime Minister Hassan Diab and his Cabinet resigned. Arrests and investigations have since been made of port and government officials. Addressing the outrage, Macron said: “It’s up to the authorities to act so that the country does not sink.” French Foreign Minister Jean-Yves Le Drian had also visited Beirut in late July. “Help us help you,” he said while discussing needed reforms to save the country from collapse.

France and Lebanon have a long history dating to the collapse of the Ottoman Empire after World War I and starting with the League of Nations Mandate in 1920, which assigned France as an administrator, steering the then-five provinces into self-governance. Although not formally a colony, the burgeoning nation was in essence just that, due to France’s role as trustee along with neighboring Syria — until both countries’ independence in 1943 and France’s total withdrawal in 1946. But in his visit to a city that’s been called “the Paris of the Middle East” where French is officially the second language, Macron vowed to support. “France will never let Lebanon go,” he professed. “The heart of the French people still beats to the pulse of Beirut.”

In a move that has concerned many, including the US, Macron has attempted to contact Iranian-backed Hezbollah in Lebanon to have a political dialogue. The French president has treated Hezbollah as any other Lebanese political party, avoiding discussions of the group’s weapons or regional influence outside the scope of the state. The US has heavily opposed this, as David Schenker, assistant secretary of state for Near Eastern affairs, said on Wednesday the US administration backs French efforts in Lebanon, but that the two countries did not see eye-to-eye on the relationship with Hezbollah. “We do have a small difference on Hezbollah, and how we see the organisation,” Schenker said at a virtual appearance with the Brookings Institution.  “We don’t believe they are a ‘legitimate political party’. We do believe that you have to choose between bullets and ballots, that political parties don’t have militia to enforce their support, or to threaten and intimidate other politicians and political parties.”

Although the US may be exaggerating in their observation of Macron’s light treatment of Hezbollah, Macron is certainly attempting to navigate the Lebanese political scene, and does not want to publicize certain elements of it. This is shown by Macron lashing out at a journalist following a news conference in Beirut, Lebanon last week for his exposing an unannounced meeting by the leader with Hezbollah in a recent article. French journalist Georges Malbrunot wrote a piece published in Le Figaro on Monday which reported Macron having threatened to impose sanctions against leaders of the militant faction who may be resistant to the necessary reforms that France seeks.

Some view Macron’s actions in Lebanon as taking advantage of the opportunity presented to him in Lebanon, that could be seen as an entry-point for France into the Middle East. Other critics see Macron’s pledge to rebuild Beirut as a neocolonialist one. “France’s Macron has huge internal problems. Better he focuses on them rather than trying to play little Napoleon,” tweeted Ali Bakeer, a political analyst on MENA affairs. Whether this is true will only be revealed with time, but France’s moves in Lebanon have certainly not gone unnoticed.

The fight for Libya and the obstacle of Turkey

France has been involved in Libya for a long time. French interventionism and interference in domestic Libyan affairs goes back decades—to the 1940s, when France tried to take and keep control of the southern Libyan province of Fezzan, where it had economic and military interests. Kept at bay by the regime of Moammar Gadhafi for more than forty years, France, in 2011 under President Nicolas Sarkozy, seized the chance offered by the first revolts in Benghazi to recover its long-lost position in Libya by immediately siding with the rebels. Paris soon became the most intransigent power in international efforts to foster negotiations between the Gadhafi regime and the leadership of the revolutionaries. From the beginning of the conflict, France was obviously in favor of NATO’s intervention in Libya leading to regime change. The result of this policy is clearly visible: What has ensued is almost ten years of conflict and social distress.

Having completely failed in its attempts to control and guide the Libyan revolution in the direction it desired, France de facto withdrew from the North African country by the end of 2012. France then returned in late 2014 when, partially to gain credit with its most important defense-industry client, the United Arab Emirates, it threw its weight behind the Egyptian- and UAE-sponsored warlord Khalifa Haftar, a former Gadhafi-era general who defected in the late 1980s. Despite France’s official claims to the contrary, French troops were present in Libyatraining and assisting Haftar’s forces. The crash of a French military helicopter near Benghazi in 2016, which killed three members of France’s special-operations forces, provided solid evidence confirming what until then were only rumors of French involvement.

France’s backing of Haftar and the LNA has continued and is still present. Therefore, when Turkey began its involvement in Libya, by intervening in support of the UN recognized Sarraj government, and changed the tide of the war, France became enraged, and publicly attacked Turkey’s tole in Libya. More recently, French officials have focused their energies on scapegoating Turkey for the situation in Libya. In particular, their claim that Turkish intervention in the Libyan conflict makes it harder to realize a negotiated solution should be questioned. Recently, the two countries faced each other in another crisis in the Eastern Mediterranean. On June 10, a naval crisis erupted between the two off the Libyan coast. France accused Turkey, taking the case to NATO and calling on the EU Commission to impose sanctions.

It is clear that France sees Turkey as the main threat to its plans of increasing its influence in Libya and the Meditteranean as a whole. Last week, Macron stressed a “red-line policy” against Turkey’s assertion of its rights in the eastern Mediterranean, choosing to side with Greece and its attempts to invade and severely limit Turkish territorial waters, in another move stimulated by French interests in the region.

Pro-Turkish media outlets have even gone as far as saying that what Macron is displaying, is France’s neo-Napoleonic vision and worldview, one that prefers to threaten and leverage its way across its former colonies and rivals, rather than take the path of reliable diplomacy. It is hard to deny that France has ambitions in the Middle East, but how far do these ambitions go? The next section will elaborate on this.

What are Macron’s intentions?

The US’s interventionist policy in the Middle East in the last decades has placed it as the most influential power in the region. This has only started reducing in recent years, with Trump’s insistence on the withdrawal of US troops, as well as losing its military advantage to other powers in Syria and even Iraq (Russia and Iran’s influence). The US has also seemed to have given up on Libya to a certain extent after Gaddafi’s removal. This leads to the question of whether France is looking to establish its own sphere of influence in the Middle East as the US did and become a major geopolitical player by replacing the US in the ME.

France has never been absent from the Middle East theatre since the Napoleonic campaigns and the ill-fated invasion of Egypt and Syria by France between 1798 and 1801. For the two centuries that have followed France has remained a major player positively or negatively in the fate of many countries in the region. The French role in the region diminished after the end of the cold war and with the United States dominating the scene after the first Gulf War. But over the past few years, the French role has been getting larger and stronger under French President Emmanuel Macron’s leadership.

France is also assuming a leading role in Europe and projecting its diplomatic power in the Middle East as well as its military power in the Mediterranean. The country’s unbending support for Greece and Cyprus against Turkish threats has not been just empty words. France has deployed naval units, including its powerful Charles De Gaulle aircraft carrier, and a number of fighter jets to Greece and Cyprus in a message that Macron will not only protect French interests and French allies by diplomatic means, but that he will also use military ones should the need arise. Aside from the Greek and Cypriot leaders, Macron remains the most outspoken EU leader against Turkish aggression in the region.

Furthermore, French delegations having travelled to north-east Syria to meet with Kurdish militia representatives and members of the People’s Protection Units (YPG) militia. Those meetings, as well as the French provision of aid to Iraqi Kurdistan, were attempts to build relations with some of the main players in a divided country and region, increasing its leverage over the situation there.

France is also making sure it has its say in major geopolitical developments in the ME. Most recently, Macron welcomed the decision by the UAE to normalise ties with Israel. “I hail the courageous decision by the United Arab Emirates and its desire to contribute the establishment of a just and lasting peace between the Israelis and Palestinians,” Macron tweeted. This development is a favourable one for France as the UAE and Israel are both strong French allies in the region (especially the former) and could help facilitate the expansion of French influence in the region due to their interests aligning.

France’s geopolitics has entered a new phase under Macron, where opportunities to re-establish a foothld in old French spheres of influence are taken. With the latest opposition to the US and reduction of their role in Iraq, Syria, and Libya, Macron could be looking to fill the void and take advantage of the economical and geopolitical gains, by accessing new trade routes, natural resources, and increasing French power.