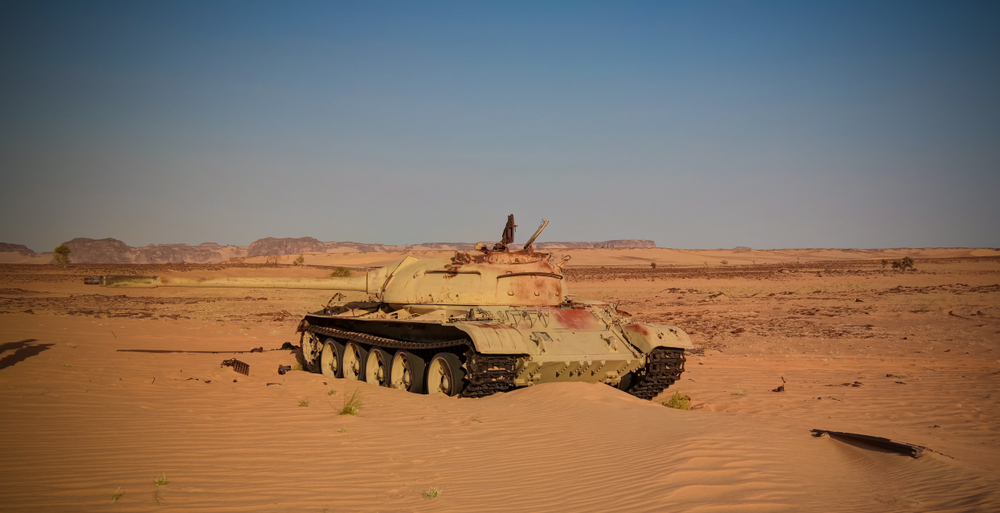 Background of the war

As it stands, The LNA retreated this year from its position near Tripoli and slowed down its advance into the strategic city of Sirte, as the GNA recaptured the capital, with the help of Turkey.

In July, the Libyan National Army (LNA) Spokesperson Major General Ahmed al Mesmari said Sunday that his country seeks to realize a political resolution for the current crisis while adding that Turkey and Qatar do not want such a thing to happen.

On 14 September, the Tobruk-based House of Representatives resigned amid violent protests in eastern Libya over deteriorating living conditions and corruption. On 16 September, Fayez al-Sarraj, head and prime minister of the Government of National Accord announced that he will be resigning from his position by the end of October 2020. This has come after one month of protests in Tripoli.

On 29 September 2020, the Wall Street Journal published details of a confidential United Nations report, accusing the United Arab Emirates of expanding military support supplies in 2020 for the Libyan National Army, led by Khalifa Haftar. A diplomat having access to an unpublished report claimed that between the months of January and February 2020, the air force unit of UAE sent off about 150 flights carrying defense systems and ammunition, as per UN experts.

Delegations from the Libyan Supreme Council of State and the Tobruk-based House of Representatives met Friday in Malta as part of ongoing Libyan talks, according to Maltese media.

Libyan politicians said a solution is “close” following the talks, according to the Times of Malta. Libyan Supreme Council of State member Abdulaziz Taher Hariba told the newspaper that there was nothing better than having Libyans meeting to find solutions for their problems.

“Interference from other parties can make the problem more complicated,” he said.

Underlining that there is hope from the meeting, Musab al-Abid, a member of the Tripoli parliament said: “Foreign interference is the main issue of Libyan conflicts”. Foreign Minister Evarist Bartolo said his wish is to see peace and stability in Libya.

“Libyan politicians need to work together to plan how to build Libya afresh,” said Bartolo.

The delegations signed a draft agreement Tuesday on criteria for appointments for positions of sovereignty.

Speaking at a joint news conference with his Italian counterpart Luigi Di Maio, Russian Foreign Minister Sergey Lavrov said they concluded that there was no alternative to overcoming the Libyan conflict other than political and diplomatic means.

“We were interested in an early settlement of the Libyan crisis from the very beginning of this conflict, which was, as it should not be forgotten, caused by aggressive action, an adventure of NATO in gross violation of U.N. Security Council resolutions in 2011 when NATO bombed Libya,” Lavrov said.

Noting that the UN Security Council resolution on Libya should be implemented, Lavrov said: “All our efforts are aimed at ensuring that this resolution gets implemented. Therefore, numerous mediators are trying to contribute here.”

Furthermore, Cairo is currently working to find a solution to the presence of armed militias in Libya and ways to unify the military institutions and resolve the military conflict.  On Sept. 27, the Egyptian city of Hurghada hosted military talks between representatives of the eastern Libyan National Army (LNA) and the Tripoli-based Government of National Accord (GNA), to discuss ways to unify the military institutions and deal with militias. The Libyan parties agreed at the conclusion of the talks Sept. 29 to form a military body that includes all Libyan parties and to establish a rapid intervention force to protect the Libyan government headquarters and oil facilities. They also agreed to distribute military control equally among the three Libyan regions as part of plans to integrate Libyan fighters in a unified military institution, restructure the various security services and dissolve the militias.

Despite the positive signs from all parties, some major geopolitical obstacles remain.

Turkey and the United Arab Emirates are carrying out regular and increasingly blatant violations of the UN arms embargo on Libya, fuelling a proxy war that is evading political solutions, a joint investigation by the Guardian has found.

Flight data and satellite images show both nations using large-scale military cargo planes to funnel in goods and fighters to forces or proxies inside Libya, routinely violating the 2011 UN arms embargo despite political promises to abstain.

“The arms embargo remains totally ineffective,” said a diplomat with knowledge of a forthcoming annual report by the UN panel of experts on Libya, which is expected to focus on the violations. “In the case of those member states directly supporting the conflict, the violations are extensive, blatant and with complete disregard for the sanctions measures,” the diplomat added.

Turkey and the UAE both attended a flagship summit in Berlin last Januarythat was intended to halt foreign interference via flows of weapons, troops and money into Libya.Flight radar data and satellite images of the planes show regular flights between Turkish airports in Istanbul, Gaziantep and Kayseri to Misrata throughout June, July and August 2020. Video footage posted on social media of men believed to be Syrian fighters chatting and lining up to board a plane in Gaziantep suggests that some of these flights transported mercenaries.

“Libya’s future is at stake and I call on all Libyans to continue to work towards a lasting ceasefire,” the UN Secretary-General said, at the summit being held on the sidelines of the 75th UN General Assembly, co-hosted with Germany.

“I implore all of you to encourage and support the Libyan peace efforts facilitated by the United Nations – not only in words but in actions,” he continued, urging the “full and unconditional implementation” of a Security Council arms embargo on Libya.

Violations by countries that continue to deliver arms and other military support to the combatants “are a scandal and call into question the basic commitment to peace of all involved”, Mr. Guterres insisted.

The development comes amid ongoing concern by many members of the international community over the disastrous, unresolved situation in Libya, amid suspected, longstanding interference and support for the warring parties by several outside States.