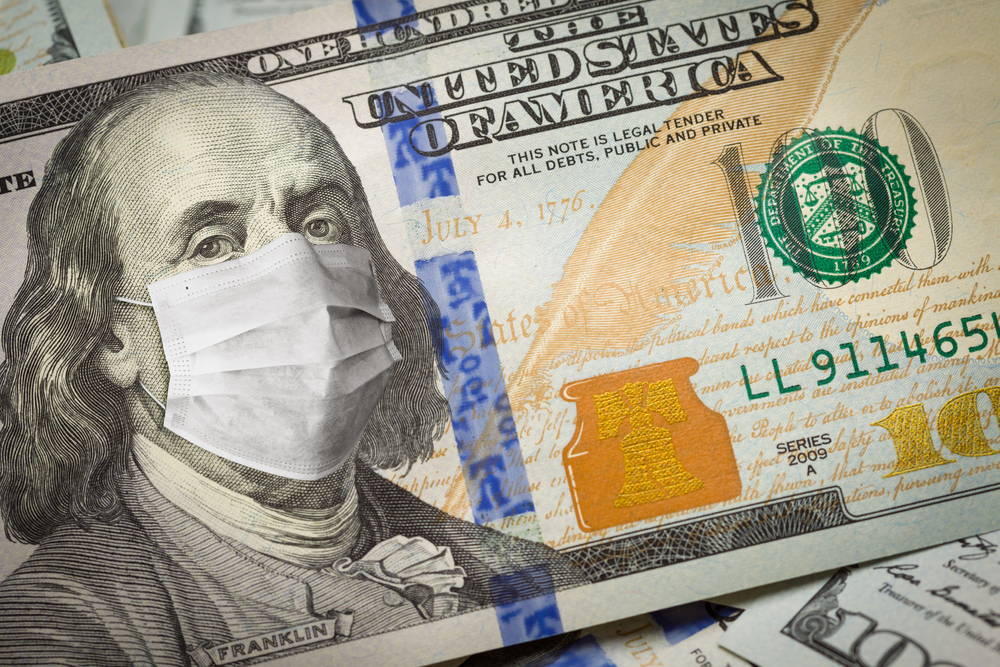 The coronavirus crisis represents a major challenge for those that still believe in democracy. In a situation where billions of people are de facto under some form of a house arrest, even a simulation of democratic procedures becomes unnecessary. In many countries parliaments stopped playing even a symbolic role that they had before the pandemic, and now executive branches and the so called medical and scientific experts are seen as the highest authority. The world is facing a radical transformation, and once it’s reshaped, a new political system will likely be introduced. It might keep the old name and form, but humanity will gradually have to get used to living in a post-democracy world.

DEMOCRACY AS THE RULE OF MONEY

According to the official definition, democracy, or the rule of the people, is a system of government in which the citizens exercise power directly or elect representatives from among themselves to form a governing body. Although it is believed to be a universal political system, modern democracy is an export product of the Western civilization and is not compatible with other cultures. That is why it’s extremely difficult for the United States to introduce and successfully implement democracy in countries like Iraq, Afghanistan and Libya. In spite of that, many do argue that from a progressive point of view, democracy is the best political system ever, even though 400 years BD, Socrates described democracy as the worst form of government as it is just a poor substitute for oligarchy. Socrates himself was the victim of democracy as he was convicted through democratic procedure after citizens directly voted for his execution, even though it is very questionable if they even understood his work at all.

Like other ruling systems, democracy is collapsing of its own contradictions. Modern democracy is about 250 years old, and it already reached its peak. Now it is declining. The coronavirus crisis is just speeding up the process. For those who are able to see and think, it will become obvious that democracy was never what was believed to be. Its main weakness is the fact that people are actually not making any decisions. Oswald Spengler, a German historian, political writer and philosopher, in his book The Decline of the West asserts that democracy is simply the political weapon of money, and the media are the means through which money operates a democratic political system. Beneath some great phrases about freedom, brotherhood and equality, lies the banal fact that money rules and democracy just serves as a cover. In other words, democracy is heavily linked with money and it tends to hide oligarchy which is the real decision maker. In spite of that, masses are still obsessed with ballot boxes, as they genuinely believe that their future depends on a voting paper. During the Cold War, even the communist countries regularly held elections, as they tended to simulate democracy. Winston Churchill, probably the most popular British Prime Minister, reportedly once said that the best argument against democracy is a five-minute conversation with the average voter. Whether Churchill really said this or not, the point of this claim is that democracy symbolizes the victory of quantity over quality.

DEMOCRACY AS THE RULE OF OLIGARCHY

The system of government known as democracy is more or less, a successful attempt to undo biology by replacing natural selection with majority-based selection. The idea that all people are equal is wrong. It is quite debatable if everyone is capable of making political decisions. In spite of that, there is a relatively new political concept called the direct democracy, which learns that people, rather than its representatives, should in a digital form make decisions about all sorts of social and political problems. However, the main trouble for this theoretical framework is that it is inapplicable. For instance, how would direct digital democracy work among millions of illiterate people? Promoters of this concept suggest that there should be a group of young, educated pundits who would explain to the illiterate masses how to get involved in the decision making process and then to vote on issues such as whether the government should provide more funds to healthcare or education system. However, there is no guarantee that the educated experts will not manipulate those they are supposed to educate.

Democracy, if taken literally, is a utopia; if understood practically, it is a fraud. However, at this point, it is too early to publicly declare the end of the so called rule of the people. It will likely remain to exist mainly through its name and form for a certain period of time, even though power will be concentrated in hands of oligarchy. Recently, millions of people across South Korea donned face masks, rubber gloves, and hand sanitizer to cast their votes in a nationwide election, despite the COVID-19 epidemic. This can be interpreted as an indication that, for now, masses will keep living in an illusion that they are involved in the policy making process. In reality, however, they can easily be quarantined, their basic human rights suspended and their jobs ruined overnight. In other words, people might officially have some form of democracy, but that does not mean they will have freedom. It is also quite questionable if democracy equals freedom. From theoretical perspective, democracy is based on the rights and freedoms of the individual. On the other hand, a nation, or an ethnic group, operates with the rights and freedoms of collectivity. Between the terms “free individual” and “free people” lies an abyss that cannot be bridged. A nation – an ethnic group where people speak the same language, have the same history, values and tradition, is an organic, self-supporting community, while a democratic society is inorganic, and completely artificial, as it is based on a community of like-minded people. Democracy, therefore, if taken as the rule of money, invalidates the very notion of a nation, because money, unlike nation, has neither soil nor blood.

If democracy is the rule of money, in the next 50 years the global oligarchy will develop the most oppressive apparatus that human history has never seen or experienced. Its main task will be to protect the interests of the oligarchy. The current global state of emergency is just the initial phase of this process where science and technology will play very important roles.  At this point, science appears to be the main global religion. Major traditional religions are teaching humanity that this world is null and void, and democracy, on the other hand, explains that this material world is the essence of human existence. Due to the inability of traditional confessions to respond to the current global system, a new religiosity will eventually emerge. Since life is not only existential but also symbolic, it is precisely these great symbols that democracy cannot abolish and will have to step down before them. Money, though democracy as its form, is fighting the last and greatest battles against man. At the end, democracy will lose. The ancient forces of blood are older and more powerful than the forces of money, and in the not so distant future will win over democracy.