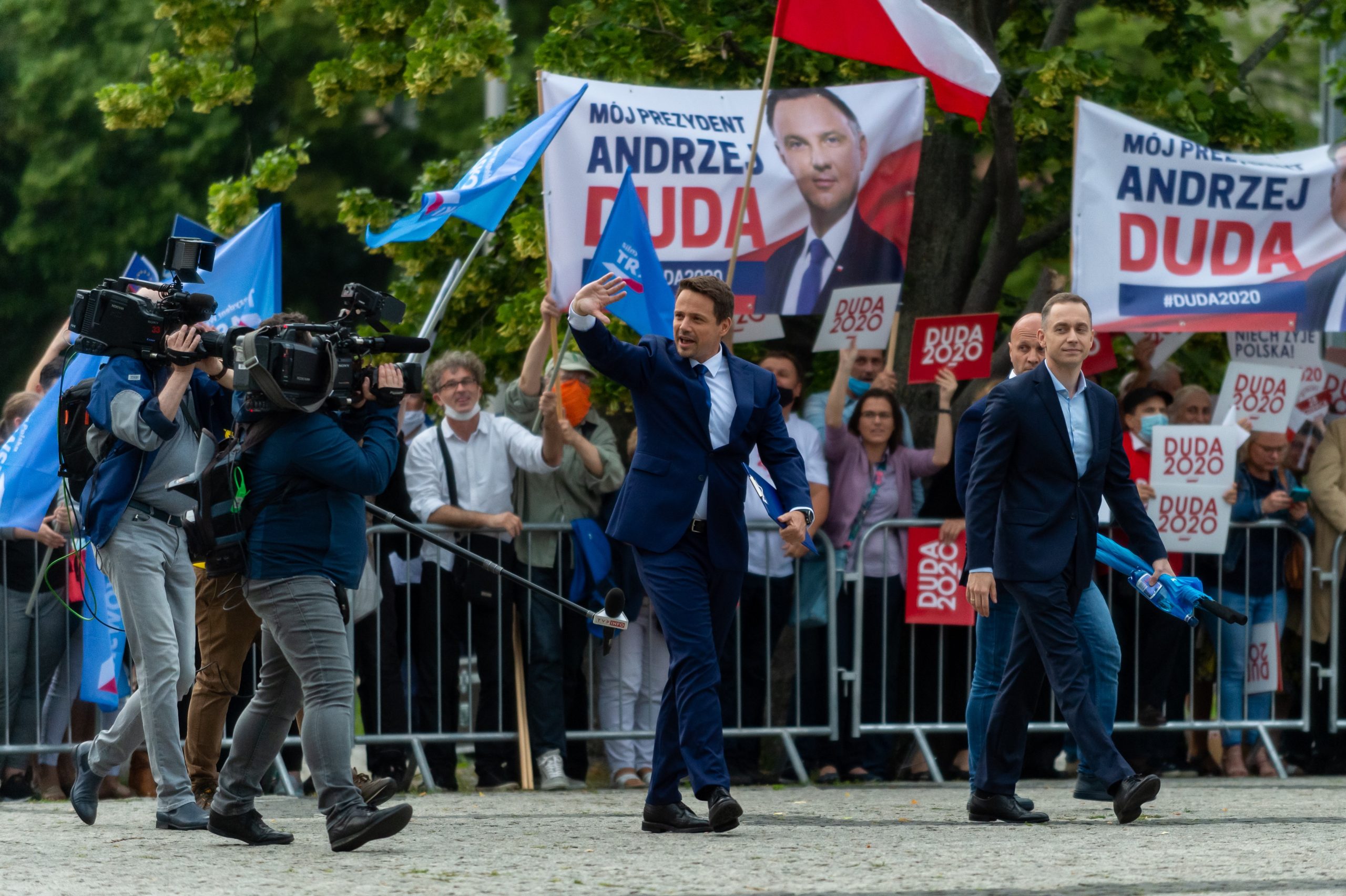 Since its election in 2015, Poland’s governing Law and Justice party (PIS) with president Andrzej Duda and PM Mateusz Morawiecki at the helm, have held a stern and hostile policy towards the European Union. Poland has not only gone against EU standards but also attacked EU policies and the structure of the EU throughout PIS’s tenure.

One of the biggest clashes between the PIS government and the EU occurred as a result of the threat of the loss of independence of the Polish Judiciary. The administrative body, the National Council of the Judiciary, has existed in Poland since 1989 but underwent a number of changes in 2017 at the direction of right-wing President Andrzej Duda, which critics say was an attempt to stack the judiciary with judges sympathetic to the ruling Law and Justice Party. The move was considered so outrageous that the European Commission triggered Article 7 of the Treaty on the European Union for the first time, which allows the EU’s cabinet body to strip certain rights within the 27-member political and economic union. Poland objected to the EU’s interpretation as Polish Deputy Minister of Justice Anna Dalkowska argued that EU law has no bearing on how countries nominate judges to their high courts. The struggle for an independent judiciary is still ongoing as the EU’s top court is working to stop PIS’s moves.

Another move that enraged the EU was PiS’s move to snuff out opposition through controlling the public broadcaster TVP, which has heavily threatened the freedom of media and press. The changes at TVP came quickly after PIS’s election. Journalists out of step with the new authorities were pushed out. Newscasts are now unapologetically pro-government.

In arguably the biggest rift between Poland and the EU in recent history, leading to many fearing Poland possibly leaving the EU was the refugee crisis in 2015-16. In 2016, with European governments scrambling for responses to the then-mounting refugee crisis in Greece and Italy, then PiS Prime Minister Beata Szydło claimed Poland could not do more to help, having already done its part by welcoming 1 million Ukrainians, therefore rejecting the EU’s quotas. PiS’s refusal to take in refugees, critics say at the expense of independence has put it at loggerheads with the European Union, as many EU officials said Warsaw broke the bloc’s law by refusing to take in refugees during Europe’s 2015 migrant crisis.

Throughout president Duda’s re-election campaign, he has emphasized Poland’s independence, as a pose to his opponent’s pro-EU rhetoric. Poland is on a similar route as Orban’s Hungary, as Zselyke Csaky, a Freedom House research director said: “If this continues for another five years it’s very likely that Poland will find itself outside the democracy category.”

Despite this, neither Duda nor PiS would dare contemplate leaving the bloc. For one thing, the EU is highly popular among the majority of Poles. For another, the EU allocated more than €16.3 billion to Poland in the way of various structural and development funds in 2018. That’s the equivalent of 3.4 per cent of the Polish economy.

How Rafal Trzaskowski will strengthen Poland’s position in the EU

Rafal Trzaskowski is Andrzej Duda’s opponent and opposition candidate in the upcoming presidential elections. Trzaskowski gained degrees at various universities before completing a PhD. He embarked on a career in politics, first becoming an advisor to the PO delegation in the European Parliament, before being elected to the European Parliament himself in 2009. He then served in Donald Tusk’s government as Minister of Administration and Digitisation from 2013-2014. As an MP, he focused largely on issues to do with foreign affairs, European policy, defence and the protection of civil and minority rights.

In 2018, Trzaskowski was elected Mayor of Warsaw, beating his PiS opponent in a landslide. He introduced a free nursery programme, and upgraded the city’s public transport, buying greener vehicles. His time as mayor has been “the time of investment”, says Ewa Marciniak, a political scientist at the University of Warsaw. As a result of his successful work, he has been made a Knight of the Legion of Honour by France. He is strongly linked with PO’s (Opposition people’s party) liberal-centre. His biggest weakness, many say lies beyond the cities, where PiS is appealing to more right-wing traditional values.

As a pose to Duda, Trzaskowski is very pro-EU in his outlook and has openly stated that he wants to re-establish Poland’s place and stature in the EU.  Therefore, the election’s outcome will be of critical importance to Polish democracy and the nation’s place on the European and global stage. Especially since after Sunday’s vote, no major contest is due in Poland until parliamentary elections in 2023.

Should Trzaskowski win and realize his plans, Poland’s role in the EU could rise significantly. Poland has great economic and geopolitical potential that could help it replace the UK as a core EU partner. In 2018, Poland became the first country from Central and Eastern Europe to be ranked as a developed market on the FTSE Russell index, which bases its classification on factors such as a country’s regulatory environment, the quality of its capital markets and the status of its derivatives market. This marked the first time in a decade that a country made the leap from an emerging market to a developed market in the index’s rankings. The country joined the likes of the UK, US and Japan in the index’s list of the 25 most advanced global economies.

Furthermore, in addition to Poland’s strategic geopolitical importance as a buffer between Europe and Russia, on 1 July, Poland officially assumed the annual presidency in the Visegrad Group (V4) under the motto of “back on track”. Warsaw will try to use this presidency to coordinate V4 countries’ stances within the European Union (EU) at the times when the key decisions about the future of the European project will be made.

Poland’s role in Europe has been rapidly increasing since it joined the EU, and while its geopolitical and relational status in the EU has decreased under the PiS government, its economic growth has continued to improve but could enter another level with the investment opportunities, and mutual cooperation that is entailed by repairing the weak relations with the EU.

What chances does Trzaskowski have?

Before the COVID 19 pandemic hit Poland, Duda was widely expected to win the elections, which were initially set for May. The economic impact of lockdown and a controversial attempt to push ahead with an election in May significantly narrowed his lead. The election was eventually postponed until Sunday, June 28. That saw Duda, with around 43.5 per cent of the vote, and Trzaskowski, on 30.5 per cent, emerged as the most popular candidates and set up a second-round run-off on Sunday, July 12.

With just three days to go, the race to be Poland’s next president is too close to call. The latest polling by Kantar currently credits the Warsaw mayor and opposition candidate Rafal Trzaskowski with 50.6 per cent of the vote. Incumbent president Andrzej Duda, an independent aligned with the ruling Law and Justice (PiS) party is seen gathering 49.4 per cent of the vote.

This is the closest presidential election in recent years, and the result is more important than ever, as Poland looks to set out its plans for the post-COVID reality, and set its place in Europe.