The Coronavirus is bringing radical changes to humanity. It has already brought severe consequences to the global economy. Stock markets around the world are in free fall, and millions of people could lose their jobs as the pandemic will undoubtedly lead to recession. Governments are printing money to save economies, and that could result in a very high level inflation as purchasing power of paper money will go down. Some countries might even face food shortages, as borders close and the level of trade and production falls significantly. The world order we knew is coming to an end, and at this point nobody can predict what will be the final outcome. Except maybe those that predicted the coronavirus pandemic.

On 18th November 2019 – two months before the first illness from the coronavirus was actually reported in Wuhan, China – representatives of major international banks, the United Nations, the Bill and Melinda Gates Foundation, Johnson and Johnson, logistical powerhouses, the media as well as officials from China and America, held a pandemic simulation exercise in New York City. It was called Event 201 and was hosted by the Johns Hopkins Center for Health Security in partnership with the World Economic Forum and the Bill and Melinda Gates Foundation. Their simulation includes news reports that were fabricated just for this exercise and they are very similar to reports that can be seen nowadays during the real-world coronavirus outbreak. Some analysts and the so called conspiracy theorists already speculate that Bill Gates and the company knew about the coronavirus, and that what humanity is experiencing today is staged and planned. Whether this is correct or not, most segments of the Event 201 exercise and discussion came true, and some are likely to happen in the near future.

Governments around the world have already declared a state of emergency. Police and armies are on the streets and millions of people live under self-quarantine, which reminds one of a house arrest. Authorities are assuring that such measures are necessary in order to prevent the spread of the virus. However, it is worth noting that in spite of the pandemic the US military plans to hold its biggest military exercise in Europe in 25 years. Some 20,000 US troops were slated to deploy to Europe and back this spring for the Defender-Europe 20 exercise, which was to last through May and take place in 10 European countries. The US European Command said that, due to coronavirus, they might scale back, but not cancel the exercise. In other words, Pentagon will just reduce the number of American participants in Defender-Europe 20, but the show must go on in spite of the fact that European borders are closed and travel restrictions came into force.

WILL THE SYSTEM COLLAPSE?

The coronavirus was a perfect test for all countries. It provided an opportunity to governments to show how efficient they are. Even though many Western authors and politicians criticised Chinese authorities for taking radical measures by closing Wuhan and many other cities, such actions resulted in the significant decline of the number of reported infected cases. China might be the first country to win the battle against COVID-19, unless the Event 201 prediction comes true and pandemic erupts again which will result in 65 million deaths in the next 18 months.

Unlike China, the European Union showed that it is not capable to cope with the crisis. It was China, rather than European countries, that sent medical assistance to Italy, which is heavily hit by the coronavirus. Even though the Schengen Agreement allows free movement of people throughout each of the member countries, coronavirus demonstrated that the EU member states are closing their borders, and European solidarity virtually does not exist. In fact, it is questionable if the European Union still exists, since countries are forced to cope with this global problem on their own.

Have you subscribed to KJ Vids yet? Get access to over 500 videos on Geopolitics – Join Now

COVID-19 pandemic has also showed many weaknesses of the current global system. At this point, this pandemic could be interpreted as the end of globalization, or at least the end of the current world order. As author Thomas Wright points out, the crisis seems all but certain to reinforce and deepen trends toward decoupling and deglobalization. Since borders are closed, trade is limited and level of production is reduced, many countries will have to stick to what they have and already produce, rather than to rely and depend on import. If the outbreak lasts through the fall, with a lull in the summer, there could be a financial risk if some companies go bankrupt and vulnerable countries face increased borrowing costs.

Market analyst Marc Faber once said he expected the US Federal Reseves policy to “destroy the world.”

“It is difficult to tell what will happen. I happen to believe that eventually we will have a systemic crisis and everything will collapse” said Farber.

The Coronavirus also triggered a Saudi – Russia oil war. As the global demand for oil went down, it is natural that prices were reduced. Global recession is expected to heavily hit oil rich Middle East countries, since the vast majority of Gulf states depends on oil export as they never diversified their economies. Low oil prices will also affect Russian state income, although the country officials said Russia can stand $25 barrel price for the next six to ten years.

Want us to produce more thorough content? – Support us by subscribing here

According to the Foreign Policy magazine, the coronavirus crisis is a political gift for nativist nationalists and protectionists. Its author Philippe Legrain concludes that the coronavirus crisis threatens to usher in a less globalized world. Once the pandemic and panic abate, those who believe that openness to people and products from around the world is generally a good thing will need to make the case for it in fresh and persuasive ways.

In the meantime, as Harold James, Professor of History and International Affairs, points out, if the pandemic does not become less contagious with the arrival of spring weather in the northern hemisphere, nervous populations around the world may have to wait until a vaccine is developed and rolled out. There are, however, speculations that a vaccine already exists, although it is unlikely that the only purpose of the crises is to implement the mandatory vaccination agenda.

At this point, it is hard to imagine any country benefiting from the COVID-19 pandemic, even though the United Stated President Donald Trump said the coronavirus would have a very good ending for the US. Some industries, primarily the pharmaceutical, will certainly generate enormous profits, but the world in general is expected to face one of its worst crises of modern times. Current global monetary, financial and trade systems will likely have to be transformed. It remains to be seen if that will mean more or less globalization. Since the pandemic is a global problem, and has caused global recession, some actors will likely push for a global solution. One thing is for sure. The world we knew is gone. The coronavirus will result in a new global order where mass consumerism and production will be heavily reduced. After all, if there hadn’t been this virus, something else would have caused radical transformation of the global system. Energy resources are not unlimited. Some countries are expected to run out of oil in the next 5 to 25 years. Others might have natural gas and oil for the next hundred years, but the level of consumption before the COVID-19 outbreak was simply unsustainable. Something had to slow it down and that is exactly what corona virus did, whether it was planned or not.

Don’t forget to subscribe and help KJ Vids keep you informed of the latest global trends and political analyses.

Thanks for reading. Join here. 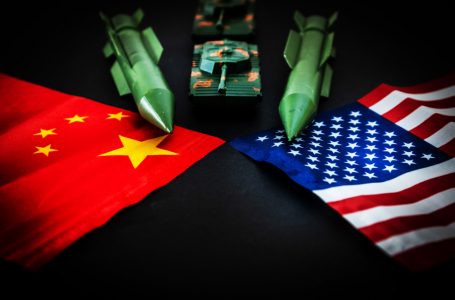