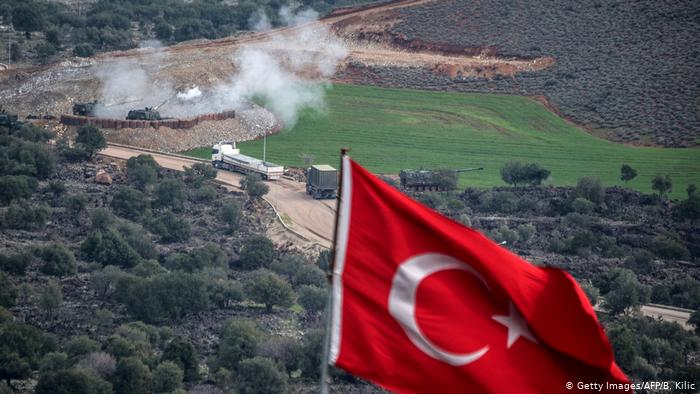 The collapse of the ceasefire in Syria’s Idlib province has triggered “total panic” and threatened the lives of millions, according to the UN.  A short truce declared by the Syrian regime this week in the country’s north-west was finished and fighting resumed immediately. The United Nations has raised a specific alarm about the risks of a massive government offensive in the area because Idlib has for several years served as a reception zone for those escaping government advances elsewhere in the country. This is a negative sign of the prospects of the Syrian civil war coming to an end, as the government seems persistence in its aggression, even through a ceasefire, and the rebels refuse to back down.

2. Turkey and Syria quarrel over Syria

As Syria’s future remains unknown, Turkey and the US are engaged in a diplomatic fight for influence in the North of Syria. On Sunday, President Recep Tayyip Erdogan said Turkey, which already has a foothold in northwest Syria, will carry out a military operation in a Kurdish-controlled area east of the Euphrates in northern Syria against the US-backed Kurdish People’s Protection Units (YPG) that Ankara views as a terrorist group. The US has warned against this action and asked to step up talks for its prevention. However, if Erdogan insists and goes ahead with his plans, violence could ensue, which would cause a complete break of US-Turkey relations, as well as worsening the situation in Syria.

Another emerging issue in the Syrian war, is the “re-surging” of ISIS in Syria less than five months after President Donald Trump declared  that the terror group’s so called “caliphate” there had been 100% defeated. “Despite losing its territorial ‘caliphate,’ the Islamic State in Iraq and Syria (ISIS) solidified its insurgent capabilities in Iraq and was re-surging in Syria,” said a new Pentagon inspector general’s report on the fight against ISIS. This is a dangerous situation that will only worsen the situation in Syria if not dealt with quickly and adequately.

There is a fear, especially from Syrian Christians, that Turkish troops and military equipment are moving along the border next to northeast Syria and their target seems to be Kurdish troops that, according to Turkey, represent a terrorist threat. The conflict between Turkey and the Kurds could make ancient Christian communities sitting ducks, or force them to leave the area. Sunday’s Washington Post article explained that the U.S. proposal to Turkey includes a “joint U.S.-Turkish military operation to secure a strip south of the Syria-Turkey border that would be about nine miles deep and 87 miles long and from which the Kurdish fighters would be withdrawn.” However, there are fears that Turkey will stay in Syria and fight for influence.

5. Ray of hope for Syrian refugees?

Despite the array of bad signs, and events that seem to prolong the war and unrest in Syria, there is a ray of hope for improvement for the Syrians that have taken refuge in the US, as the United States has quietly extended Temporary Protected Status (TPS) for about 7,000 undocumented Syrians living there since August 2016. But in an announcement went against the trend of reducing the number of refugees from Syria, Kevin McAleenan, acting secretary of homeland security, announced last week that the ongoing conflict in Syria and its “extraordinary conditions” justified letting this group remain for at least another 18 months.