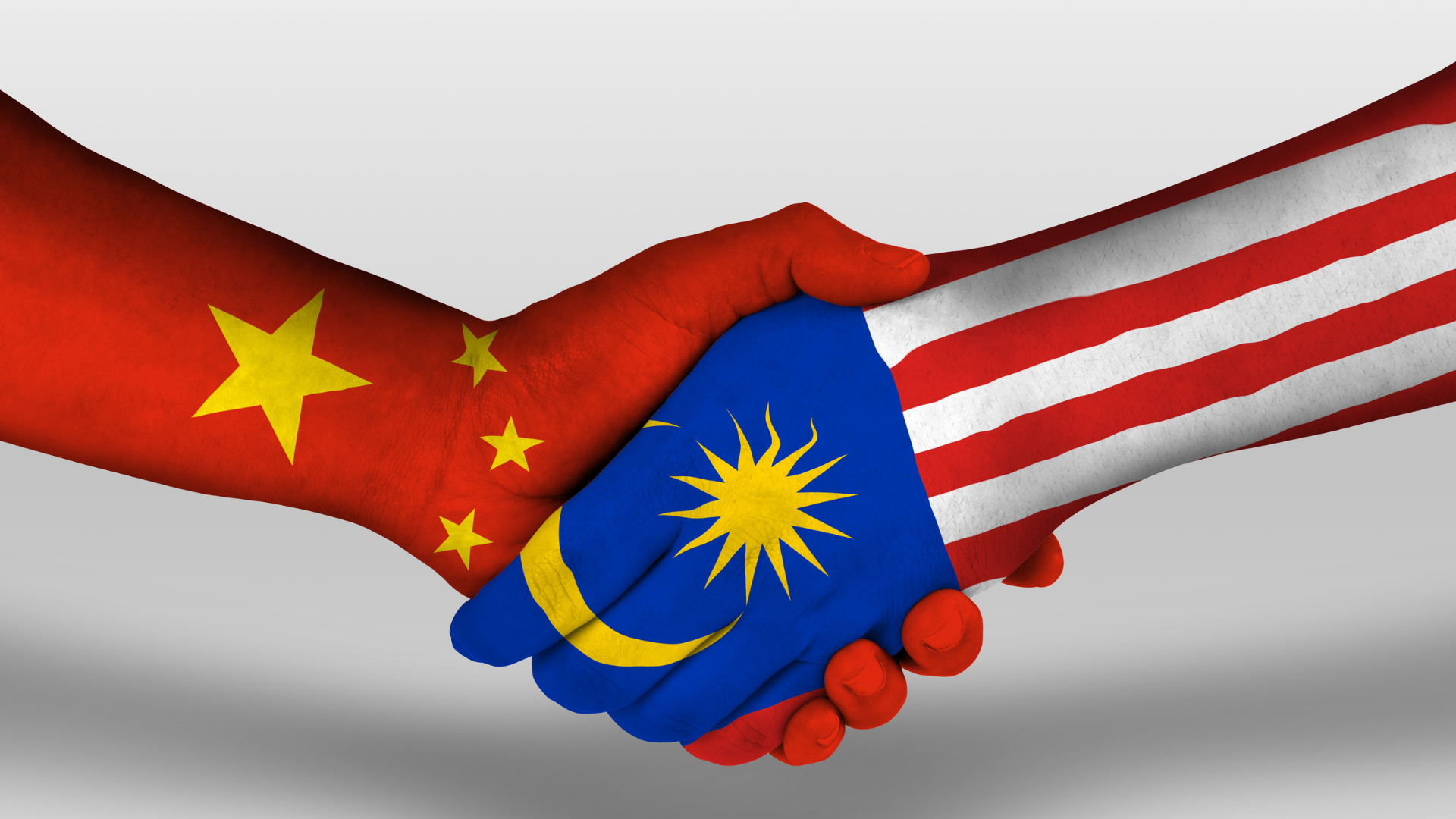 Handshake between malaysia and china flags painted on hands

Handshake between malaysia and china flags painted on hands

After a year-long suspension, China and Malaysia have finally agreed to resume construction of the massive “Belt and Road” train project in northern Malaysia. The construction restarted after an agreement to cut its cost by nearly a third to about $11 billion. The project was initially cancelled by Malaysian Prime Minister Mahathir Mohamad due to “unfair” Chinese mega-projects approved by his predecessor, Najib Razak. China will fund 85% of production with the lead contractor of the project set to be China Communications Construction Co Ltd. This is a strong signal of China’s intentions of increasing its already large economic influence in Malaysia.

China remains Malaysia’s largest trade partner and continues to grow. from January to November 2018, Malaysia’s total trade rose 6.2 per cent as compared with the same period in 2017, contributed by 6.9 per cent growth in exports and a 5.3 per cent rise in imports. During the period, Malaysia-China total trade expanded by 8.5 per cent, with an 11.3 per cent increase in exports and 6.3 per cent growth in imports. We can hence see Malaysia’s reliance on China from an economic standpoint, that makes China’s role in the Belt and Road construction, not very surprising.

According to Malaysian PM Mahathir Mohamad, Malaysia seized more than 1 billion ringgit ($243.5 million) from a bank account of state-owned China Petroleum Pipeline Engineering (CPP) over incomplete pipeline projects. Mohamad said: “I understand that money for 80% of the pipeline was paid, but the work completed was only 13%,” Mahathir told reporters. “So the government is entitled to get back the money since the project was cancelled.” This is a signal that despite China’s huge economic presence in Malaysia, the Malaysian government is not afraid to stand up for its economic rights. More on this will be discussed on point 5.

4. Increased tensions between nations on the South China Sea

Following China’s test-firing of one missile in the area around the contested Spratly Islands, Malaysia has revived anti-ship missile firings in the South China Sea. The missile firings were held as part of a larger exercise in the disputed waterway that was revived after a pause of several years because of concerns about costs, Malaysia’s navy chief, Adm. Mohd Reza Mohd Sany, told reporters during a media briefing this week. China and Malaysia are among six nations that have territorial claims in the sea. Mohd Reza said the exercise was standard training and should not be seen as an act of aggression. The military was not seeking to provoke any response from China, however, it remains to be seen whether China will see it that way.

5. Malaysia standing up to China

Both Malaysia’s seizure of money from the China-owned bank, and its missile firings in the South China Sea could be seen as a statement by the Malaysian government to its people and the world that its reliance on China is not as heavy as it may have seen, and they have the will and power to stand up for the will and interests of Malaysia. However, although many admire Malaysian PM Mahathir Bin Mohamad standing up to China, the fact remains that it raises geopolitical risks for financial markets in the region, as its economy is already too integrated with China’s China is Malaysia’s largest export market, and that makes Kuala Lumpur dependent on Beijing for its growth.