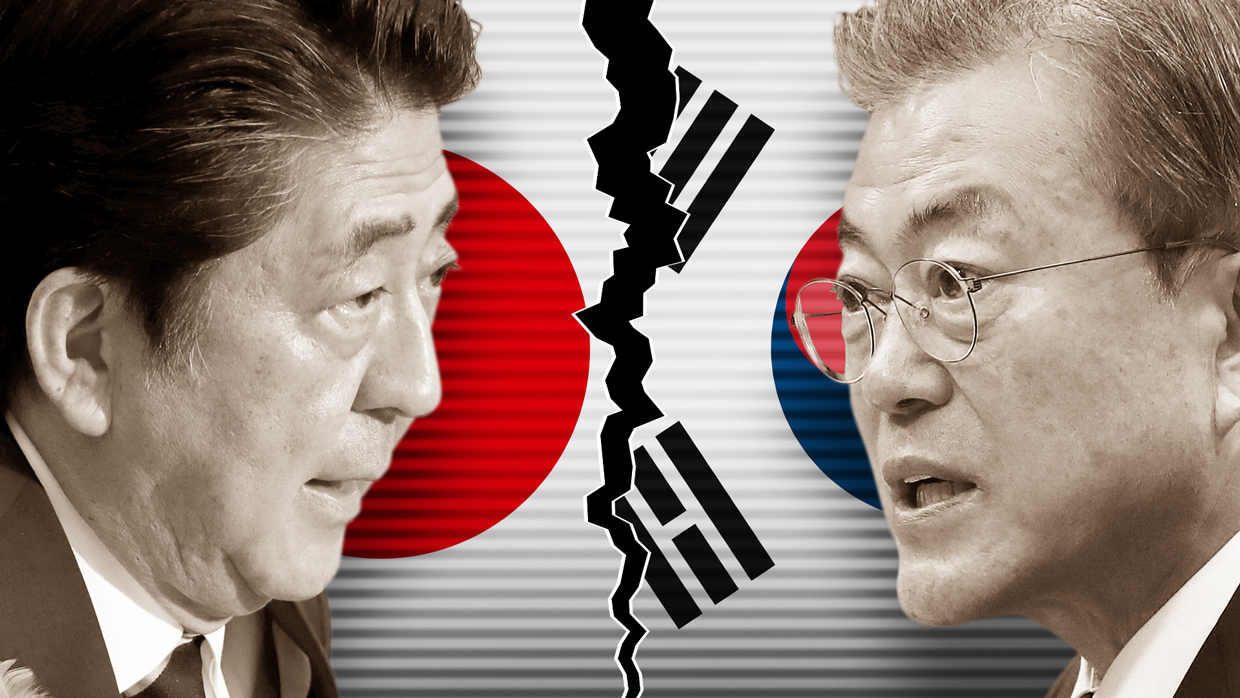 The US needs a united South Korea and Japan

For a long time, the US has enacted strong relations with South Korea and Japan, cooperating economically and militarily, in order to act as a counter-force to China in the region. The US realises that China’s geopolitical and economic strength in the region is currently rapidly increasing, and therefore the trade conflict between Japan and South Korea has come at the worst possible time in their view.

In September, South Korea lodged a formal complaint to the WTO over Japan’s trade restrictions but announced they will halt dispute consultations as long as bilateral talks continue, and rocky diplomatic exchanges persisted last month as South Korea’s chief negotiator Chung Hae-Kwan spoke to reporters about ending talks altogether, saying, “We will not have talks for the sake of talks.”

This trade dispute, which has been going on for several months, has worried the US, as for them, a disunited Japan and South Korea gives a clear advantage to China’s regional influence. The US has hence put huge pressure on both parties to resolve the conflict, and it appears to have worked in some cases.

Under intense pressure from the United States, South Korea reversed itself at the last minute Friday and extended an intelligence-sharing pact with Japan, a sign that the Seoul government wanted to halt fraying relations with the two countries.

Taken together, both developments suggested that President Moon Jae-in of South Korea was looking for ways to de-escalate underlying historical tensions, which have caused one of the most serious rifts between the two countries since they normalized relations 54 years ago.

The moves came on the eve of a Group of 20 meetings of foreign ministers in Nagoya, Japan, appearing to set the tone for improvement in relations with the United States and Japan that have been increasingly strained. There appear to be signs of easing tensions, but the US will hope to close this dispute fast if it wants to reassert itself and limit China’s rise.

China intends to take advantage of weakened US influence

As highlighted in point one, over the past months, relations between both South Korea and Japan, and the US have been strained, not solely because of the trade dispute between the 2 Asian nations, but also as a result of the pressure, the US has been putting on them to maintain its influence.

For instance when the US were angered over an impasse with South Korea in a separate dispute over the costs of maintaining American troops in the country as a deterrent to North Korea. This weakened relation is seen as an opportunity to China, who appear to intend to strengthen relations with both South Korea and Japan, and hence enact an influence of their own.

“The world is now full of various uncertainties and unilateralism, as well as bullying and power politics that have been harming global peace and stability and threatening the right to develop our own countries,” Wang told a meeting of business leaders and former officials on Thursday. It was Wang’s first visit to South Korea in four years and comes as Beijing looks to boost ties with its neighbours. Japanese Prime Minister Shinzo Abe is set to visit China later this month, and the Kyodo news agency reported that he was expected to meet Xi and take part in a three-way summit with South Korean President Moon Jae-in in Sichuan province.

It would be the fourth meeting between Xi and Abe since the latter’s visit to Beijing last October. “China has been intensifying a ‘new type of neighbourhood diplomacy’ as a way to offset the American influence in the region, amid their deepening power rivalry,” said Lee Seong-Hyon from the Sejong Institute in Seoul, also adding that China is clearly doing this for its own interests and “not for the sake of the neighbours.”

China has deep foundations of economic relations with Japan

Although historically China and Japan have had tense relations as the two major powers of the region, they have surprisingly consistently developed economic ties between each other. For more than a century, close economic ties between China and Japan have developed in the absence of cooperative political and security relations, suggesting that the first is not a necessary precondition for the second.

But the relationship also demonstrates the limits of the thesis that close economic ties can mitigate key sources of bilateral insecurity or political tension. Following Japan’s victory in the First Sino-Japanese War (1894–95), Japan received a series of valuable but highly unequal economic rights in China: most-favoured-nation status, preferential treatment for Japanese goods, and foreign investment rights for Japanese manufacturers.

These economic rights created the foundation for a highly complementary economic relationship that has endured despite colonialism, war, a Cold War divide, historical grievances, territorial disputes and contestation over the future of the US-led order in Asia.

This is an important foundation that China is bound to use in order to increase its relations and influence with Japan. Meanwhile, South Korea also appears open to strengthening relations with China, as Korean President Moon has called for China’s support for peace-building on Korean Peninsula, and a meeting was held between Moon and Chinese foreign minister Wang this week. It appears that China is currently taking advantage of the situation, and it seems to be working.