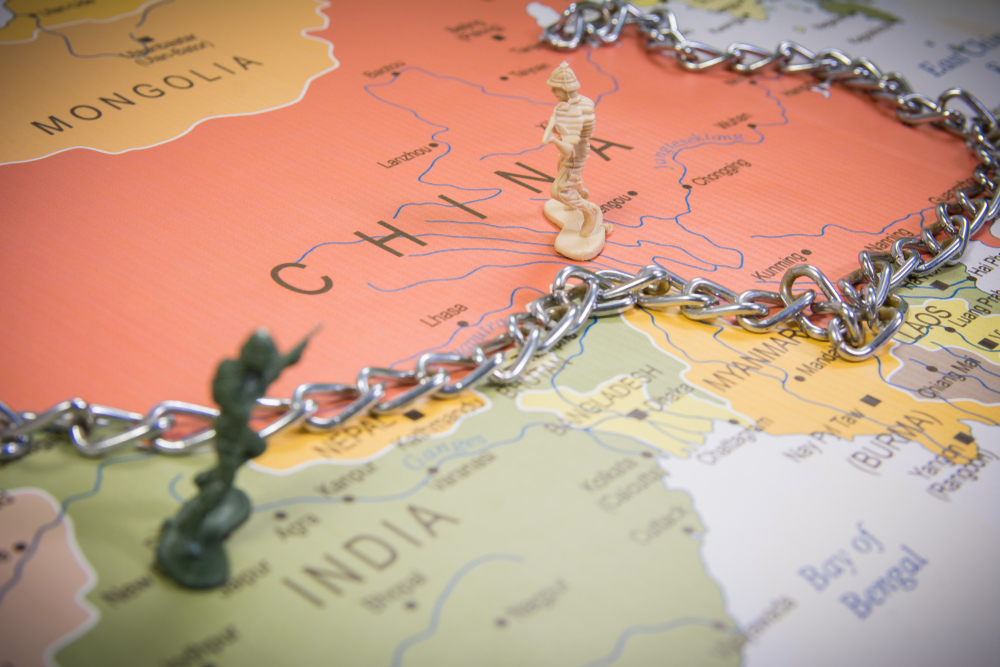 China has set its sights on the middle east in recent years, viewing it as a valuable economic and geopolitical asset to have investments on, and influence in. We have recently seen China’s large investment plans in Iran, but China has recently gained an even larger economic grip hold on the economy of Oman, hence establishing itself in a key strategic position for trade (BRI), resources and geopolitical importance.  China’s State Grid has agreed to buy a 49 per cent stake in Oman’s Electricity Holding Company, signalling a renewed push by the world’s largest utility to strike big-ticket deals for overseas assets. State Grid said in a statement on Monday that the purchase, by far the largest Chinese investment on record in the small Middle Eastern country would promote China’s Belt and Road Initiative, a controversial $1tn plan to build and invest in infrastructure across the Eurasian landmass and on to the fringes of Europe. The move is likely to raise eyebrows at the Defense Department and elsewhere in the Donald Trump administration, as US officials spent much of the summer warning partners and allies in the Middle East to be cautious about tying themselves to Chinese infrastructure projects. State Grid has been and still is one of China’s most aggressive state-backed overseas investors. Furthermore, last month China and Oman agreed to strengthen their strategic partnership and jointly build the Belt and Road following China’s top political advisor Wang Yang’s visit to the Gulf country. This cooperation and China’s increasing influence is not surprising, as China remains Oman’s largest oil importer in November as 92.99 per cent of Oman’s oil exports were taken by China, hence Oman is already largely dependent on China in the export of Oil, and China is a consistent customer.

China is overtaking the US in the Middle East

In recent years, it appears that China has overtaken the US in trade relations and economic influence in the middle east, and is on track to match the US in terms of geopolitical and military influence in the next decades. Significantly, the Middle East Security Forum, held in Beijing on November 27 and 28, saw more than 200 representatives from both the Middle East and China come to share their views on the region’s political circumstances, major challenges and risks, as well as China’s ties with the Middle East. A majority of the attendees criticized the U.S. unilateral and hegemonic policy in the Middle East and argued that it is highly necessary to end the unjust regional order that has resulted from U.S. intervention and pressure. China maintains that it has put forward a “new idea” for the Middle East to preserve stability in the region and set up trust between different states in the future: that is, to uphold the philosophy of “development” rather than “divisions and confrontations.”. However, there are doubts as to the extent of truth in this, as Chinese aggressive policies in the South China sea and among its neighbours using military and economic pressure, has shed doubt on this, and could signal China developing a hegemony of its own.

The US maintains strong geopolitical ties with Oman

Despite China’s growing influence on various Omani sectors, the US has maintained a strong and positive political relation with the gulf country, signifying it has not lost its grip yet. Last month, the most senior US diplomat met Omani Minister Responsible for Foreign Affairs Yusuf bin Alawi bin Abdullah to discuss a range of issues related to Gulf security and the Middle East. Mr Pompeo thanked Mr Abdullah for Oman’s “partnership, including its recent participation in the Middle East Strategic Alliance [MESA] General Conference and for Oman’s cooperation on security and counterterrorism issues.” MESA, dubbed the Arab Nato, would bring together Saudi Arabia, UAE, Kuwait, Bahrain, Qatar and Oman Egypt and the US in a military alliance to promote stability and security in the region. In addition to this, even if China’s “new idea” saw less of a reliance on the US and a greater push to a more stable and cooperative Middle East region, the US is unlikely to go down without a fight along the way. And we also can’t forget Washington’s lucrative arms trade which will continue to provide a lifeline for years to come