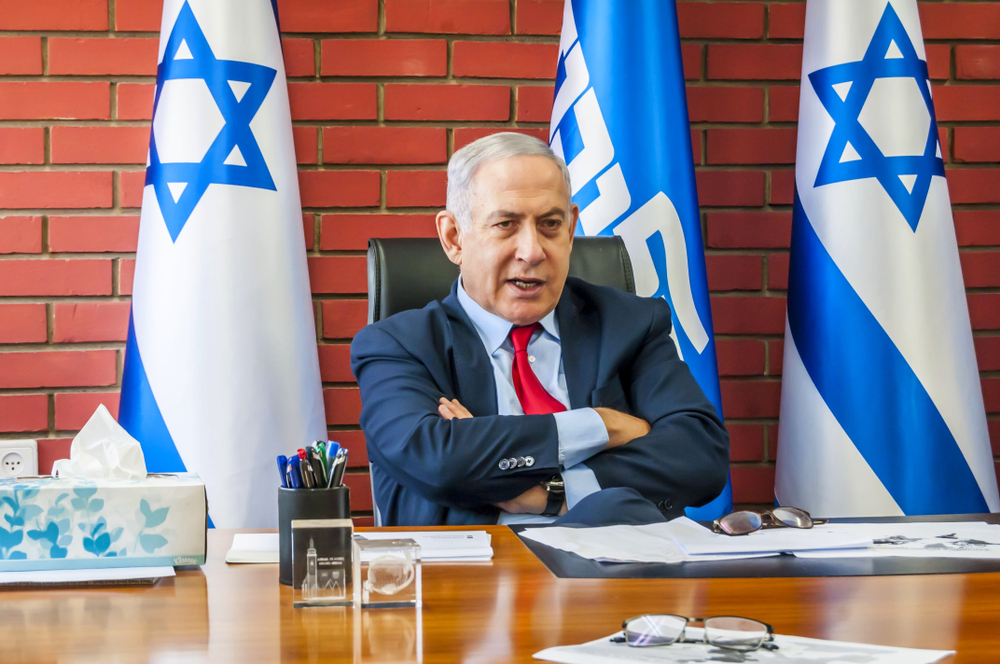 Saudi Arabia have quietly developed their ties with China in the past months, with both nations sharing mutual interests that are both economic and geopolitical in nature.

Saudi Arabia has reportedly accepted Chinese help in creating a new facility for extracting yellowcake from uranium ore, according to western intelligence officials who spoke with the Wall Street Journal. The Saudi Arabian facility alleged to be handing the yellowcake uranium, an intermediate component of nuclear development, is located in area in Saudi Arabia’s northwest. Saudi Arabia has not confirmed or publicly disclosed the alleged nuclear facility and western officials believe the facility was established with secretive Chinese help. Yellowcake processing could be indicative of Saudi moves to develop nuclear power or a nuclear weapon. Saudi Arabia has raised concerns about Iran’s potential for developing nuclear weapons. Saudi Crown Prince Mohammed bin Salman warned in 2018 “if Iran developed a nuclear bomb, we will follow suit as soon as possible.”

The China National Nuclear Corp. and the China Nuclear Engineering Group Corp., which signed memorandums of understanding with the Saudi government in 2017 for uranium exploration, are reportedly working closely with Riyadh. The new reports suggest these are instrumental in assisting with the secret nuclear facility.

In addition to this, Saudi Aramco has reaffirmed its commitment to expansion in China after an erroneous report that it had pulled out of a $10 billion refining and petrochemicals project in the country. Last week, Bloomberg reported that the Saudi oil giant had decided to stop investing in the project in the northeastern province of Liaoning, which was announced last year during a royal visit to China, in partnership with local energy companies. But Aramco said: “A Bloomberg news article reporting the suspension of Aramco’s joint venture project with Norinco is inaccurate.” It added: “China remains an important market for Aramco and we intend to continue to grow our presence in that region. The project in Liaoning province is in the design phase and we continue to work with our partners in China.”

Energy analysts say China, as the biggest trading nation in the world that is recovering faster than most others from the coronavirus pandemic, is one of Aramco’s top priorities, not just for crude exports but also for big downstream infrastructure projects like the one at Liaoning.

Israel appears to be worried with the latest developments, as it has been building an alliance with Saudi Arabia in the past years, and, along with the US, sees China as a major geopolitical threat.

Israel’s Walla news website revealed that Tel Aviv has informed the United States that it was “gravely” concerned by alleged nuclear cooperation between Saudi Arabia and China. The website said senior Israeli intelligence officials had called their American counterparts to express their “grave concern” about the cooperation between Riyadh and Beijing. According to the site, “unnamed” Israeli officials said there was a secret factory of primitive materials used in uranium enrichment in Saudi Arabia near the capital, Riyadh, explaining that the Wall Street Journal and the New York Times were the first to report on it, including satellite images of the factory.

The officials pointed out that the office of Prime Minister Benjamin Netanyahu deals with the file as “very sensitive” politically since Israel considers Saudi Arabia an important ally in the face of Iran. The officials added that the Israeli intelligence services, the ministries of foreign affairs, intelligence and defence, and the Atomic Energy Commission are following the developments of the Saudi nuclear program.

“There are worrying indications, but it is not clear enough yet what exactly is going on in this facility,” Walla said, adding that this issue “is also unclear to the Americans and the International Atomic Energy Agency”. The alleged secret plant is used to manufacture a raw material used in uranium enrichment dubbed “the yellowcake” which is not a violation of the Treaty on the Non-Proliferation of Nuclear Weapons (NPT), and Saudi Arabia is not obligated to inform the IAEA. However, Walla explained that this could be the first step towards launching an independent nuclear programme, adding that it is likely that it will develop into a military nuclear programme in the future.

Why is Israel worried?

Israel is especially concerned with China’s activities after recent strengthening ties between China and Iran. In recent years, Iran and China have been quietly building a strong strategic partnership in response to geopolitical threats from the Gulf and US, as well as to their mutual interest. The 2 nations have varying regional goals, but with similar strategies. It now appears, however, that the partnership and alliance could become official.

Last August, Iran’s Foreign Minister, Mohammad Zarif, paid a visit to his China counterpart, Wang Li, to present a roadmap on a comprehensive 25-year China-Iran strategic partnership that built upon a previous agreement signed in 2016. Many of the key specifics of the updated agreement were not released to the public at the time but were uncovered by Oilprice.com at the time. Now, negotiations have been publicly declared. Iran’s Foreign Minister Mohammad Zarif, who came under fire over the 2015 nuclear accord that Iranian conservatives had opposed, insisted there was “nothing secret” about the China deal. The nation will be informed “when an accord has been concluded”, he said, adding it had already been made public in January 2016 when Chinese President Xi Jinping visited Tehran. As mentioned earlier, China and Iran already have warm relations and Beijing may be keen to knit Iran more deeply into its various economic plans at a time when Iran has turned to China and other countries in its struggle against damaging US economic sanctions.

Furthermore, China has increased its tensions with US and Israel ally in the region India. . On June 15, tensions between India and China shot up as the two countries traded blame for triggering the high-altitude brawl in the Galwan Valley on June 15, in which 20 Indian soldiers were killed and at least 76 were injured. The June border clash saw soldiers engaged in brutal hand-to-hand fighting with clubs and staves about 4,270 metres (14,000 feet) above sea level amid sub-zero temperatures. It was the worst border skirmish in nearly 50 years. China is seen as a major threat to India, hindering US interests in the region.

China is now moving to gain the trust of Israeli neighbours and Gulf leaders Saudi Arabia. Israel has already reacted by sending appeals to the US, but Israel will do everything to stop the developing ties between Saudi Arabia, yet if they continue, we could see the US and Israel cut ties with Saudi Arabia.