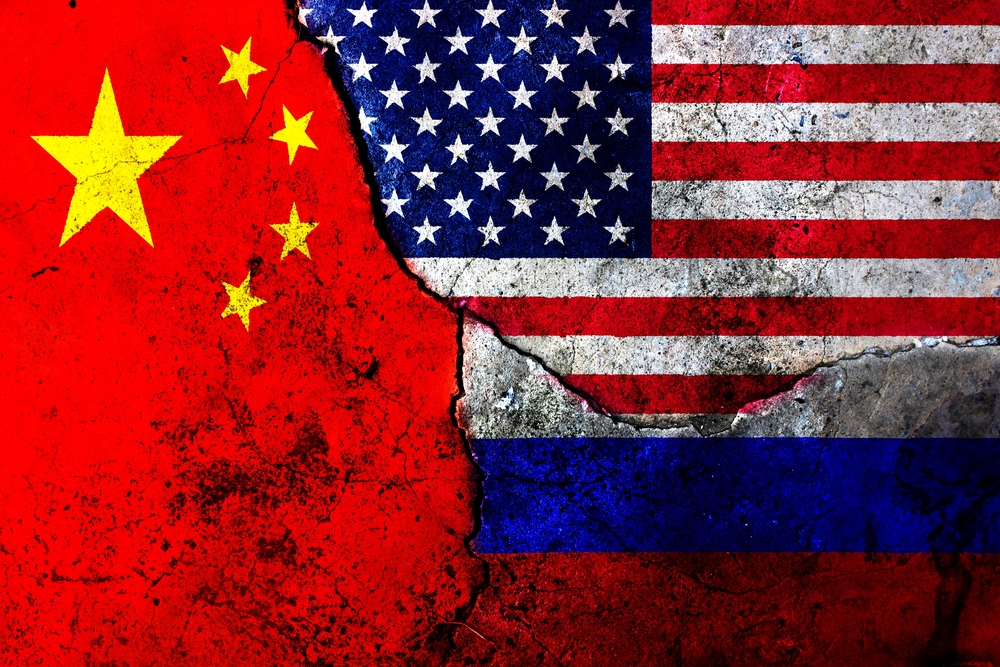 China and Russia have shown last week, that they are in a strong military relationship with Iran, and that Iran is not an isolated military power in the region as the US would like it to be.

For the first time in history, Iran, Russia and China have held naval military war games in the Sea of Oman, and the Indian Ocean over the past week, starting on the 27th of December. The manoeuvre is Tehran’s clear message to those countries that seek to isolate Iran through economic and political pressure. Through holding this joint manoeuvre, Tehran sent this warning to the foes that the Islamic Republic is a power that world powers such as Russia and China cannot close their eyes to.

The wargame at a time that the harshest sanctions in history are being introduced against Iran shows that Beijing and Moscow have a great potential to establish “strategic partnership” with Iran.

In fact, the joint manoeuvre signifies the strength of Iran’s position in the Persian Gulf, as well as the US’s increasing isolation. This comes after the US called 60 countries across the globe to join their coalition global naval alliance, with no country accepting to join except Washington’s traditional allies. Many allies of the US such as Egypt, Kuwait, Japan and Germany refused to join.

Russia has also shown that it is unlikely to stay neutral if Iran and the US go to war, as the geopolitical fallout from a regime change in Teheran will significantly outweigh the potential economic benefits for them. Particularly, a direct confrontation between Tehran and Washington that could bring back major U.S. military build-up is a geopolitical challenge that threatens Russia’s interests in the Middle East. Moscow has already blamed the U.S. for provoking Iran and has shown its opposition to the U.S. tightening pressure on Tehran’s defence program by recognizing Iran’s legitimate defence interests.

Iran is crucial to China’s strategies

For China, Iran is a crucial tool in its developing economic and geopolitical expansion, and political stability is important for that. Should the US start a war with Iran, China’s interests in Asia would be at risk.

Up to now, China has tried to balance its relationship with Saudi Arabia and Iran in the Middle East and set up a firewall between the two, although Iran is more significant in China’s strategic calculus given the fact Saudi Arabia and other Arab Gulf countries are still under the US security umbrella and host US military bases.

Most important, China needs Iran in the “east flank” of the Persian Gulf to prevent a full blockade by the US Navy, as China is a nett importer of oil and obtains half its supply from the Persian Gulf. Yet the US Navy maintains control of the sea lines of communications. As such, China is worried about the US restriction of China’s oil imports.

The trade war between the US and China has made this possibility even more likely and dangerous. Hence, their concerns were clear after the US assassination of Iranian general Qasem Suleimani. China’s foreign minister said the United States should stop abusing the use of force and seek solutions via dialogue, perhaps showing that even though China is keen on defending its interests, it does not want war.

Although it appears that both Russia and China would take military action should the US and Iran go to war, it is clear that they do not intend to go to war, and are hoping for a de-escalation between the US and Iran.

In fact, China will play a constructive role in maintaining peace and security in the Middle East Gulf region, the Chinese foreign ministry said in a statement, citing Wang on the call. Peace in the region is crucial for China to realize its economic plans as highlighted earlier.

Similarly, Moscow clearly isn’t intending to get caught up in a military conflict between Iran and the U.S. and thus will employ every measure possible to minimize the risks of a direct confrontation between the two powers. Russia similarly condemned the killing of Suleimani as detrimental to regional peace.

However, this does not mean that Russia has no other options but to remain inactive or limit her support to mere diplomatic assistance. On the contrary, Moscow has no desire for a major power shift in the Middle East in favour of the U.S. Thus, opposite to what American administration wishes, it is not likely that Moscow takes a completely neutral stance on the looming crisis.