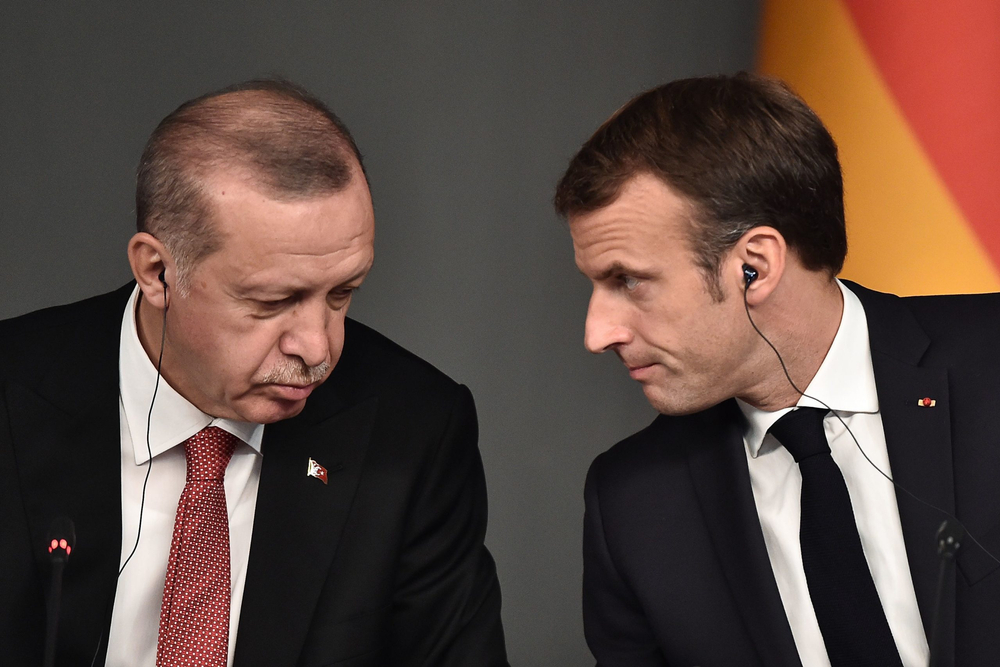 The rift between Muslim nations and France is growing after French President Emmanuel Macron said earlier this month that Islam was a religion in “crisis”.

Attacks from Turkish officials on French satirical weekly Charlie Hebdo, which had published a caricature of President Erdogan are “hateful”, French government spokesman Gabriel Attal told reporters at a briefing.

The cartoon on the cover of Charlie Hebdo showed Erdogan sitting in a white T-shirt and underpants, holding a canned drink along with a woman wearing an Islamic hijab. Turkish officials described it as a “disgusting effort”.

“We assure our people that necessary legal and diplomatic actions will be taken against this cartoon,” the Turkish presidency said in a statement issued Wednesday morning. Minutes later, the Ankara prosecutor’s office launched an “official investigation” into the publication, the Anadolu news agency reported.

“I condemn this incorrigible French rag’s immoral publication concerning our president,” Turkish Vice President Fuat Oktay wrote on Twitter. “I call on the moral and conscientious international community to speak out against this disgrace.”

This adds to an already simmering pot of hot tensions between Turkey and France.

2 weeks ago, President Emmanuel Macron unveiled a plan to defend France’s secular values against what he termed as “Islamist radicalism”, saying the religion was “in crisis” all over the world, prompting a backlash from Muslim activists. In a long-awaited address on Friday, Macron insisted “no concessions” would be made in a new drive to push religion out of education and the public sector in France.

“Islam is a religion that is in crisis all over the world today, we are not just seeing this in our country,” he said.

Furthermore after Samuel Paty, 47 was killed after he showed his class drawings of the prophet during a debate on free speech, Macron promised France would not “renounce the caricatures”.  In addition to this, caricatures of Prophet Muhammad were projected on government buildings in Paris.

Macron’s comments of seeking to reform Islam, a religion that is more than 1,400 years old and is followed by two billion people around the world, is an ambitious and provocative move; several activists have said the government should instead invest more effort in addressing the marginalisation of French Muslims in the banlieues, or surburban ghettos in the country.

The backlash over French President Emmanuel Macron’s critique of Islam has intensified after Turkey’s President Recep Tayyip Erdogan questioned his counterpart’s mental health, while Muslims in several countries are demanding a boycott of France.

Erdogan has led the charge against President Emmanuel Macron. The Turkish leader added his voice to calls in the Muslim world for citizens to spurn French goods. “Never give credit to French-labelled goods, don’t buy them,” Erdogan said during a televised speech in Ankara on Monday. Erdogan’s spokesman Ibrahim Kalin on Monday denounced the “monstrous murder”, adding “nothing” could justify the murder of Samuel Paty on October 16 over the cartoon.

Tensions already high in the Meditteranean

Tensions had already been increasing in the Meditteranean between France and Turkey, and the latest escalation comes at a time when Turkey is making renewed moves in the sea. 2 weeks ago, Turkey announced plans to send the research ship Oruc Reis to the eastern Mediterranean to carry out a seismic survey over the next 10 days.

The Turkish navy said the Oruc Reis vessel would carry out activities in the region, including the south of the Greek island of Kastellorizo, from Monday until October 22 in a message sent to the maritime alert system NAVTEX.

Turkey and Greece were locked in a row over gas exploration in the eastern Mediterranean in August, which saw the two NATO neighbours stage rival air and navy drills in strategic waters between Cyprus and the Greek island of Crete. Greece claims rights over the waters around Kastellorizo but Turkey rejects this, insisting it has greater claims to the eastern Mediterranean because it has a longer coastline.

The row between Turkey and France has added fuel to the maritime disputes in the Eastern Mediterranean.

France has long opposed Turkey’s drilling activities in the Eastern Mediterranean while Erdogan in September warned his French counterpart not to “mess with Turkey and Turkish nation.” Enditem

Although Turkish relations with France have been spiralling down since Macron and Erdogan locked heads, it appears the current state could be the lowest point in the two nations’ relations in modern history, with the combination of French attacks on Islam and Erdogan, Turkey’s responses, tension on the Mediterranean, and the opposing sides in the conflict in Libya, all playing a part in this critical state.