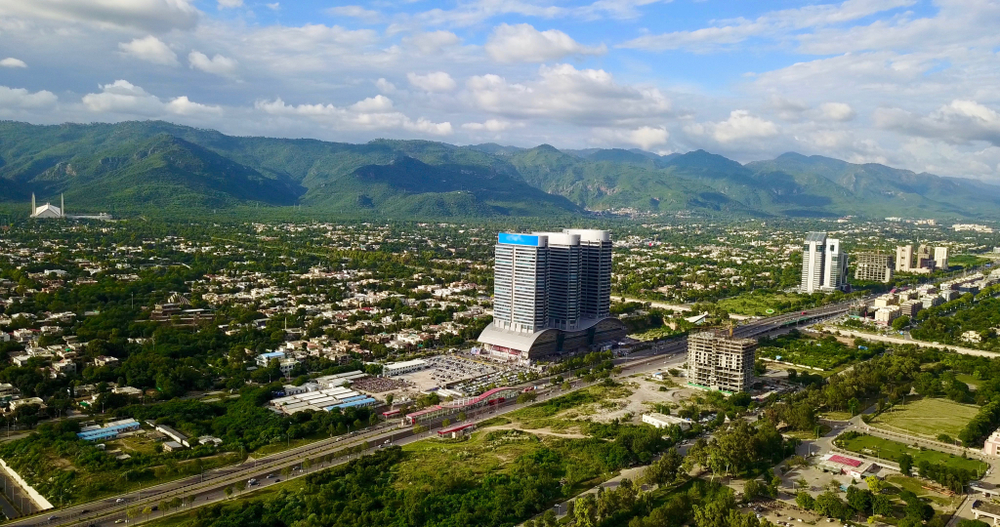 Pakistan’s army chief will visit Saudi Arabia this weekend, officials said, seeking to calm diplomatic strains over Kashmir as financial support for Islamabad hangs in the balance. The two countries are traditionally close and Saudi Arabia in 2018 gave Pakistan a $3bn loan and $3.2bn oil credit facility to help its balance of payments crisis.

Recently the Foreign Minister Shah Mahmood Qureshi also expressed displeasure over Saudi Arabia’s approach towards the Kashmir dispute, and hinted of taking harsh diplomatic decision of withdrawing from the Saudi-headed Organization of Islamic Cooperation (OIC). Pakistan has long pressed the Saudi-led Organization of Islamic Countries (OIC) to convene a high-level meeting to highlight alleged Indian violations in the part it controls. But the OIC has only held low-level meetings so far. “If you cannot convene it, then I’ll be compelled to ask Prime Minister Imran Khan to call a meeting of the Islamic countries that are ready to stand with us on the issue of Kashmir and support the oppressed Kashmiris,” Pakistan’s Foreign Minister Shah Mahmood Qureshi told local media last week.

Last year, Islamabad had pulled out of a Muslim nations forum at the last minute on insistence by Riyadh, which saw the gathering as an attempt to challenge its leadership of the OIC.

Qureshi’s remarks have revived Riyadh’s anger, one of the Pakistani military officials and a government advisor said. Saudi Arabia had already made Pakistan pay back $1 billion two weeks ago, forcing it to borrow from another close ally China, and Riyadh is yet to respond to Pakistan’s request to extend the oil credit facility. “The first year (of the oil credit facility) completed on 9th July 2020. Our request for an extension in the arrangement is under consideration with the Saudi side,” a Pakistani finance ministry official told Reuters. Saudi Arabia is also asking for another $1 billion back, officials at Pakistan’s finance ministry and one of the military officers said. The Saudi government media office did not immediately respond to a request for comment.

A big reason for the recent strained ties between Saudi Arabia and Pakistan, is the former’s increasingly positive relations with India, which has reflected its stance in the Kashmir issue.

Last year, Saudi Arabian oil company Aramco bought a 20% stake in India’s Reliance Industries’ oil-to-chemical business which helped it regain the position of being the biggest supplier of oil to the world’s fastest-growing oil market. Saudi Arabia, which traditionally has been India’s top oil source, lost the slot to Iraq during the last two financial years. At the time, this signaled Saudi Arabia’s priorities and continuance of business with India despite the controversial situation in Kashmir.

The Gulf as a whole followed the same route as Saudi Arabia, as Gulf Arab countries remained mostly silent as India’s government moved to strip the Indian-administered sector of Kashmir of its limited autonomy, imposing a sweeping military curfew in the disputed Muslim-majority region. This muted response is underwritten by more than $100 billion in annual trade with India that makes it one of the Arabian Peninsula’s most prized economic partners. Such is the diplomatic and economic importance of maintaining ties, that the gulf chose to cast a blind eye on the latest events.

In addition to the in-activity of Saudi Arabia on the Indian or Kashmir front, the nation appeared to take hostile action towards Pakistan, as Pakistani doctors working in the Gulf were facing the sack following Saudi Arabia’s decision not to recognise Islamabad’s postgraduate medical degree programs. Several Arab states followed suit including the UAE, Bahrain and Qatar in a policy that had serious implications for Islamabad. The Saudi Ministry of Health claimed that Pakistan’s degree lacked structured training programmes, which is a mandatory requirement to hire medics for important positions.

Saudi Arabia’s increasing economic cooperation with India and distance from Pakistan hs continued. This month, Saudi Aramco said it’s still working on a deal to buy a $15 billion stake in Indian Reliance Industries Ltd.’s refining and chemicals business, even as lower oil prices forces it to slash investment spending.  Reliance’s shares fell in mid-July after Chairman Mukesh Ambani said a transaction had been delayed “due to unforeseen circumstances in the energy market and the Covid-19 situation.”  A deal with Reliance would help the world’s biggest crude exporter join the ranks of the top oil refiners and chemical makers. State-owned Aramco is already a major supplier of crude to India, while Reliance sells petroleum products, including gasoline, to the kingdom.

It is clear that Saudi Arabia’s increased economic and geopolitical cooperation with India has frustrated Islamabad and led them to even threaten suspending ties. However, this is unlikely to last due to Pakistan’s inability to recover from a complete cut in economic ties with Saudi Arabia. This will be explained below.

As Pakistan have taken the initiative to repair the damaged ties with Saudi Arabia, the question arises as to whether Pakistan really have a choice. Can their economy survive without the valuable economic partnership with Saudi Arabia?

Riyadh has demanded Pakistan repay part of the $3bn loan and has frozen a $3.2bn oil credit facility because of a dispute over how to deal with New Delhi on Indian-administered Kashmir. Pakistan in July was forced to repay $1bn of the loan Riyadh approved in 2018. The two sides are now locked in tough negotiations on repayment of the remainder of the debt, according to people close to the government. The Saudi loan to Islamabad was originally due to be repaid in instalments later this year and in 2021, while the deferred oil payment facility was intended to support Pakistan’s external payments position.

Pakistan’s nuclear tests in May 1998, days after its arch-rival India carried out its own explosions, brought swift and painful sanctions from the United States.

An already fragile economy beset by a decade of political turmoil and lacklustre economic growth, was now facing an existential threat as it was cut off from global financial markets.  One of the biggest challenges was to arrange money to pay for oil imports and keep cars, factories and aircrafts running, while tensions with neighbouring India deepened.  “That’s when Saudi Arabia came to our rescue and offered us an oil credit for the first time,” recalls G. A Sabri, who has served as the top bureaucrat in Pakistan’s petroleum ministry and was part of the negotiations.  “I remember it covered around 100,000 barrels per day (bpd) of furnace and crude oil. We got the shipments on a deferred payment which means you take the oil today but paid much later. But really it was sort of a grant as the payments were waived off.”  Since then, Pakistani leaders have approached Riyadh on a number of occasions asking for similar relief whenever the country’s foreign currency reserves have fallen, or it has struggled to settle international payments.

However, some industry people say that Pakistan is no longer too reliant on the oil credit. “Look, this credit is not free. You pay interest on it. Oil refineries in Pakistan have long-term supply agreements with other countries or buy crude oil in the open market,” says Irfan Qureshi, the former CEO of PSO, the country’s largest fuel retailer.  “Its discontinuation won’t have any big impact on us.” In the last financial year, Pakistan spent $13.9 billion on importing petroleum products, with $4.9 billion going towards the purchase of crude oil, this according to the State Bank of Pakistan. Islamabad used just $769 million, or 24 percent, of the $3.2 billion Saudi credit last year, mainly because of a drop in price of oil.

In addition to this, Pakistan may be looking to China and Turkey to fill the gap of Saudi Arabia. On 11 October 2019, the Prime Minister of Pakistan Imran Khan supported the operation of the Turkish troops “Peace Spring” in northern Syria. This was no coincidence, as Pakistan previously supported the Turkish Republic in the fight against the Kurdistan Workers’ Party. The parties have also achieved significant successes in the fields of education and culture. In May 2003, the Institute for Strategic Studies, Islamabad and the Ankara Center for Strategic Studies signed an agreement aimed at developing ties in educational and scientific fields. Also, it appears that Turkey under President Erdogan, with the backing of China and Pakistan, aims to achieve leadership role in the Islamic world and oust Saudi Arabia from this place.

Despite this, Pakistan’s planned reparation of ties with Saudi Arabia shows that in its current dire economic situation, it still needs Saudi Arabia’s economic cooperation and help, and Pakistan’s already weak economy would suffer deeply without it.