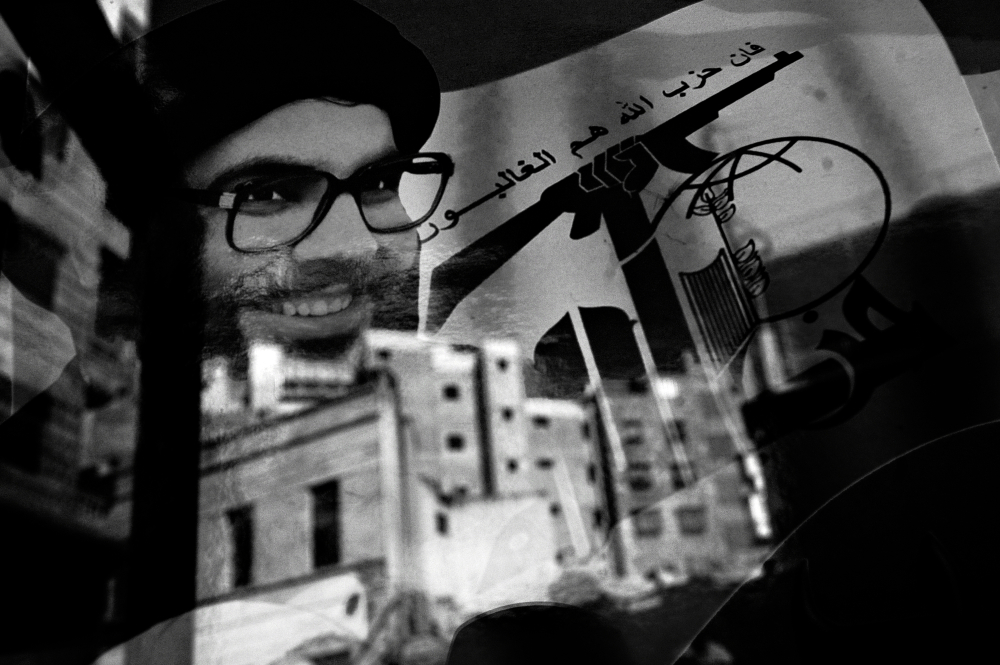 Beirut, Lebanon – August 23, 2006 : A Nasrallah poster on front of demolished houses in Dahieh region, in Beirut Lebanon. There was a war between Hezbollah – Israel on 2006.

Beirut, Lebanon – August 23, 2006 : A Nasrallah poster on front of demolished houses in Dahieh region, in Beirut Lebanon. There was a war between Hezbollah – Israel on 2006.

For the past thirteen years, both Israel Defense Forces (IDF) and Hezbollah have been actively preparing for a new conflict. Since both sides are quite aware that a potential war would be far more devastating than the last one in 2006 – which killed approximately 1,300 Lebanese and caused around 150 Israeli deaths – leaders of the US backed Jewish state and Iran backed Hezbollah are presently trying to avoid any serious confrontation.

Still, throughout the Syrian civil war, Israel has acknowledged carrying out scores of air strikes in Syria aimed at preventing alleged Iranian arms transfers to Hezbollah. The air strikes resulted in the death of several Hezbollah military commanders. After each attack the Iran-backed organization vowed to respond. In reality, it responded only a few times and all of the Hezbollah strikes against Israel were very calculated.

Recently Hezbollah launched anti-tank missiles at an Israeli military vehicle from near the Lebanese town of Maroun Al Ras towards the Israeli border village of Avivim. The attack came in response to Israeli strikes in Syria that killed two Hezbollah fighters last week and an incident in which two drones crashed in Beirut.

The last time Israel and Hezbollah clashed in Lebanon was in January 2015 after Israel launched an air strike against a Hezbollah convoy in the Syrian Golan Heights that killed at least six fighters. Around 10 days later, Hezbollah retaliated by firing anti-tank missiles at an Israeli military convoy, killing two Israeli soldiers, near the Shebaa Farms.

In spite of Hezbollah leaders’ empty threats about destruction and occupation of northern Israel, in case of a new war with the Jewish state every Hezbollah attack is expected to be highly calculated. That means that the initiative would be on Israel’s side.

Tel Aviv considers Iran to be its greatest enemy, and Iran-backed group to be its most-immediate military threat. Hezbollah is generally considered the most powerful non-state actor in the world, and to be stronger than the Lebanese Army. Estimated to number anywhere between 40,000 to 150,000, Hezbollah’s rockets and missiles are said to outmatch the weapons capabilities of most sovereign countries.

Some analysts believe that Hezbollah has a capability to operate inside Israeli territory and take control of a town or a piece of land. However, since Israeli military recently revealed and destroyed Hezbollah’s secret strategic weapon – the cross-border tunnels, it remains highly uncertain if the most powerful guerrilla group in the world can really invade northern parts of Israel. Hezbollah might attempt to covertly get thousands of fighters into Israel at once through several points on the border while bombarding the border region. The problem for the Iran-backed organization is the fact that Israel built land barrier built in recent years, which is a clear sign that Tel Aviv is taking Hezbollah military potential seriously.

Instead of waiting for such surprise attacks on Israel’s territory, IDF might attack Lebanon and Hezbollah when they least expect it. Israel could also counter-invade Lebanon and establish a depopulated buffer zone sufficient to eliminate any possibilities of similar invasions.

Sending or trying to send thousands of its best warriors across the border might ultimately prove too dangerous a gamble for Hezbollah. It would, after all, present an excellent opportunity for the IDF to eliminate the elite fighting force of Hezbollah in a matter of hours. That, in turn, would expose Hezbollah’s home front to counterattacks and ease the IDF’s path to a clear victory in a future war. That’s the reason why the Lebanese Shia group would more likely use a hit and run tactics against Israel. It is highly unlikely that Hezbollah would risk such enormous casualties just to show how it can take and keep some Israeli territory. In addition, most analysts agree that the Lebanese group does not have means to conquer territory in conventional warfare. On the other hand, such ambitious action would certainly be a matter of prestige and part of psychological warfare against Israel.