Bangladesh and India have been allied more or less since their inception despite having minor disputes on certain issues. The current Bangladeshi ruling party have taken Indo-Bangladeshi relations to the next level since they came to power in 2009 (who are now serving their second term with elections in a couple of months), reaching major milestones in security cooperation as well a massive upsurge in bilateral trade.

Bangladesh is surrounded by India from the North, West and much of the East with the Bay of Bengal in the South and Myanmar in the South-East. The border between Bangladesh and India covers a staggering 4,095 kilometres with West Bengal having the largest share of 2217 kilometres[1].

Both countries have close cultural ties, most significant of which perhaps would be language- i.e. Bengali. The main official language of India’s West Bengal is Bengali, spoken by over a 100 million people, which also happens to be the only official language of Bangladesh. On the other hand, Hindi and Bengali have same roots in the Sanskrit language which causes them to have many similarities and enables ease of learning.

Bangladesh had been part of British India until 1947, after which it was annexed as part of Pakistan (Bangladesh was known as East Pakistan, the West Pakistan was the Pakistan of today). However, after a 9-month long war of liberation Bangladesh gained independence in 1971 and subsequently joined the Commonwealth of nations in 1972[2], and the United Nations in 1974.[3] India had been an independent state since the end of the British Empire, with a history of complex and largely hostile relations with Pakistan due to a number of historical and political events.

Bangladesh have had friendly relations with India throughout much of their history. India has provided significant assistance to Bangladesh in their War of Liberation against Pakistan in 1971 in terms of military support and firepower. However, it must be noted that ever since the British left in 1947, India have always had a volatile relationship with Pakistan and they acted in their own best interests as they felt threatened with the geographical presence of Pakistan from the East and the West. Consequently, India was the first country to recognise Bangladesh as an independent state immediately afterwards.

Bangladesh has a moderate foreign policy that places multilateral diplomacy as one of its core initiatives. Ambassador of Bangladesh to the U.S., Mohammad Ziauddin stated in 2009 that Bangladesh’s foreign policy is based on the Father of the Nation Sheikh Mujibur Rahman’s dictum, “Friendship with all and malice towards none”, with the ruling party leader Sheikh Hasina and Prime Minister of Bangladesh being the daughter of Sheikh Mujibur Rahman.[4]

The first trade agreement between the two countries was signed in 1972 and trade volume is staggering as of today. According to the some of the most recent available figures, Indian exports to Bangladesh totalled $4.5 billion between July 2016-March 2017 while Bangladesh exports to India was worth $672.40 million during the Fiscal Year 2016-17. India have also extended three Lines of Credits (LOCs) between 2010-2017 worth up to US$ 8 billion, making Bangladesh the largest recipient of Indian LOC’s.[5]

Despite good relations there have been disputes over borders throughout history, and it was not until June 2015 that many of the long-lasting disputes were largely settled.[8] Other significant disputes include maritime claims over seawater at the Bay of Bengal.

Border Dispute: One of the most discussed topics in their recent bilateral relations had been the border killings of Bangladeshi citizens along the Indo-Bangladesh border by India’s Border Security Forces (BSF) with their apparent “shoot-to-kill” policy in which the Human Rights Watch claimed had killed nearly 1,000 people (Bangladeshi citizens) between 2001-2011.[9] Indian officials have argued that the reason for the attacks were largely due to increasing illegal migration of Bangladeshis into India as well as persistent misuse of borders by illicit traders.[10]

River Dispute: Another major dispute concerns the sharing of the River Teesta. Teesta is one of the 54 rivers shared by Bangladesh and India[11]. This river originates in Sikkim and flows through the North of West Bengal and meets Brahmaputra river in Bangladesh[12]. The countries reached agreement on sharing the river for the first time in 1983 according to which the share of water was (as follows): India- 39%, Bangladesh- 36%, Unallocated -25%. However in recent years Bangladeshi has been asking for an equitable share. Water disputes between the two countries have existed for quite a long time throughout history. Notably it took 20 years to end the Ganges river dispute in 1996. In 2011 an interim deal that was supposed to last the 15 following years increased the share of India to 42.5 per cent and that of Bangladesh to 37.5 per cent. But to the disappointment of Bangladesh as well as India, it never materialised, largely due to the government of West Bengal refusing to sign due to concerns of the northern region drying out[13]. Despite planning failure being regarded as one of the main reasons for not having reached an agreement as of yet, there are other underlying reasons why things haven’t materialised. There is no denying that Bangladesh do need their share of water, with the Asian Foundation reporting in 2013 that Teesta’s flood plain covers 14 per cent of the total cropped area of Bangladesh provides direct livelihood opportunities to approximately 73% of its population[14]. On the other hand, the River Teesta plays a major role in the Northern Bengal while nearly half a dozen districts in the entire West Bengal state are dependent on it.[15]

The previous Bangladesh Nationalist Party (BNP) government did not have strong alliance with India and thus were not quite receptive to India’s concerns. They had also garnered opposition from India due to providing refuge to  leaders and members of some of the North Eastern nonstate actors/militias. However due to their close relations, the current ruling party have largely followed India-friendly policies while taking India’s side on their fight against North Eastern separatists.[16] In spite of all these, Delhi closely anticipates an agreement for the sharing of River Teesta which they believe would give them political leverage over the apparent rising influence of China in the Bay of Bengal.[17]

The current ruling party led by Sheikh Hasina has had a strong alliance with India ever since they came to power in 2009, with major acts of cooperation taking place in the subsequent years. Bilateral relations of the two countries had never been better as it has been over the past decade or so. Prior to 2017, there were no formal mechanisms in place for any significant security cooperation, but that changed in 2017. As Sheikh Hasina made a special visit to India in 2018 which resulted in the signing of a MoU on the framework for defence cooperation. That paved way for improved cooperation between the armed forces of both the countries, with MoU’s signed for cooperation ranging from joint military exercises, sharing of strategical operations studies for the Defence Services Command and Staff colleges, coast-guard cooperation between the two countries to an extension of line of credit worth US$500 million for the purchase of defence equipment from India.[18]

One of the major deals was the Rampal Power Plant which is a proposed 1320 Megawatt coal-fired power station in Khulna region, Bangladesh which is a joint-venture between the Bangladesh Power Development Board and India’s National Thermal Power Corporation.[19] However the signing of the deal was subject to much controversy due to the proposed site being only 14 kilometres North of the worlds largest mangrove forest, the Sundarbans which happens to be a UNESCO world heritage site.[20] It received attention in the local as well as the international arena because the project violates the environmental impact assessment guidelines for coal-based thermal power plants.[21] Environmental experts have expressed major concerns due to the close its proximity to the Sundarbans, while there have been campaigns by The National Committee on Protection of Oil, Gas, Mineral Resources, and Power-Port, and environmentalists against the proposed project. Despite all the protests, the Bangladeshi government have consistently denied all claims and allegations about the negative environmental impacts of the Rampal project. The project has been under way for a while now however little progress have been made.[22]

In September 2018 Bangladesh signed a MoU with India which would let the latter use two of Bangladesh’s major ports– Chittagong and Mongla[23]. Bangladesh and India are two of the major economies of South Asia and their relationship will have a lasting impact on the region’s development. While India has the potential to emerge as a major world power competing with the likes of China and the U.S, Bangladesh may also have a role to play in their development. With the Bangladeshi general elections coming up, the Awami League are favourites to get re-elected, while it is the same for BJP, with PM Narendra Modi expected to remain PM should they win again, the relations between India and Bangladesh are likely to get better and better, with the only worry for India being China’s increasing cooperation with Bangladesh. 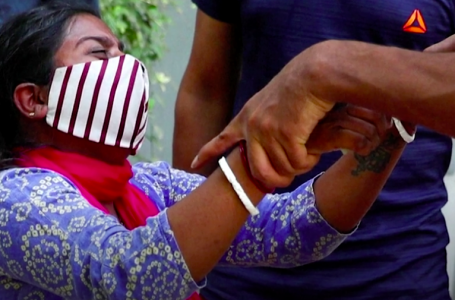