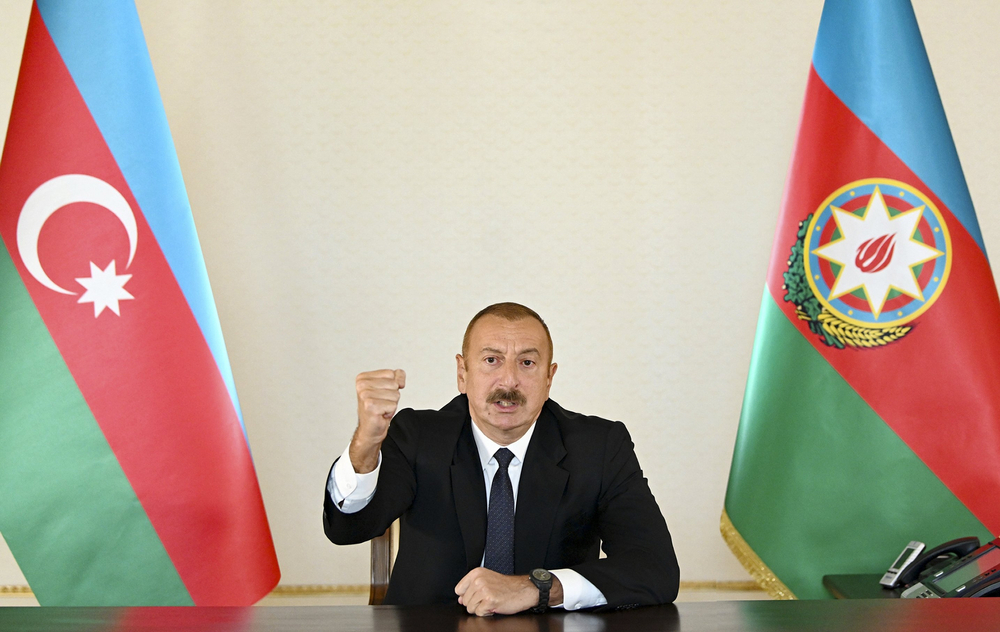 A few weeks ago, hostilities in Karabakh reignited, and fighting has been ongoing since then, with Azerbaijani forces rapidly advancing into the territory.

On the 26th day of the conflict in Nagorno-Karabakh, the entire territory on the Azerbaijan-Iran border that was held by Yerevan for almost 30 years has now been saved, President Ilham Aliyev said Thursday. The president celebrated the victory for the people of Azerbaijan and Iran.

“The state border between Azerbaijan and Iran has been completely secured through liberation of the Agbend settlement,” he added.

This success of the Azerbaijani forces in the war has made it clear that if the current trend continues, the whole Karabakh territory could be re-captured by Azerbaijan in the next months, as Armenia are struggling to deal with the modern Turkish and Israeli combat drones that Azerbaijan are using.

NATO will not interfere

Signifying Armenia’s weak position in the conflict, the country has called for external interference, first from Russia, and now from NATO. NATO Secretary General Jens Stoltenberg welcomed President Armen Sarkissian of Armenia at NATO Headquarters on Tuesday 21 October 2020. Mr. Stoltenberg said that Armenia is a valued partner for NATO and thanked President Sarkissian for the contributions that Armenia has made to NATO missions and operations over the years, including in Afghanistan.  But the visit proved futile as NATO’s Secretary-General, Jens Stoltenberg, later said NATO will not be a part of the ongoing tussle.

“I reminded the [Armenian] president that NATO is not part of this conflict. Both Armenia and Azerbaijan have been valued NATO partners for more than 25 years,” said Stoltenberg in a joint news conference with President Sarkissian.

“NATO is deeply concerned by ongoing violations of the cease-fire, which have caused tragic loss of life,” said Stoltenberg, adding that ending hostilities and sufferings is important for both the alliance and international security.

“It is vital that all sides now show restraint, observe the cease-fire, and de-escalate. Any targeting of civilians is unacceptable and must stop,” he added.

Despite the Secretary-General emphasising that the targeting of civilians is unacceptable, Armenia had repeatedly violated ceasefire by hitting civilian settlements that killed dozens of Azerbaijanis.

It is therefore clear that NATO will not be getting involved in the conflict, and there remains little hope for Armenia to gain external help. Russia coming to the aid of Armenia remains a possibility, but that would also most probably trigger Turkish direct intervention on Azerbaijan’s side.