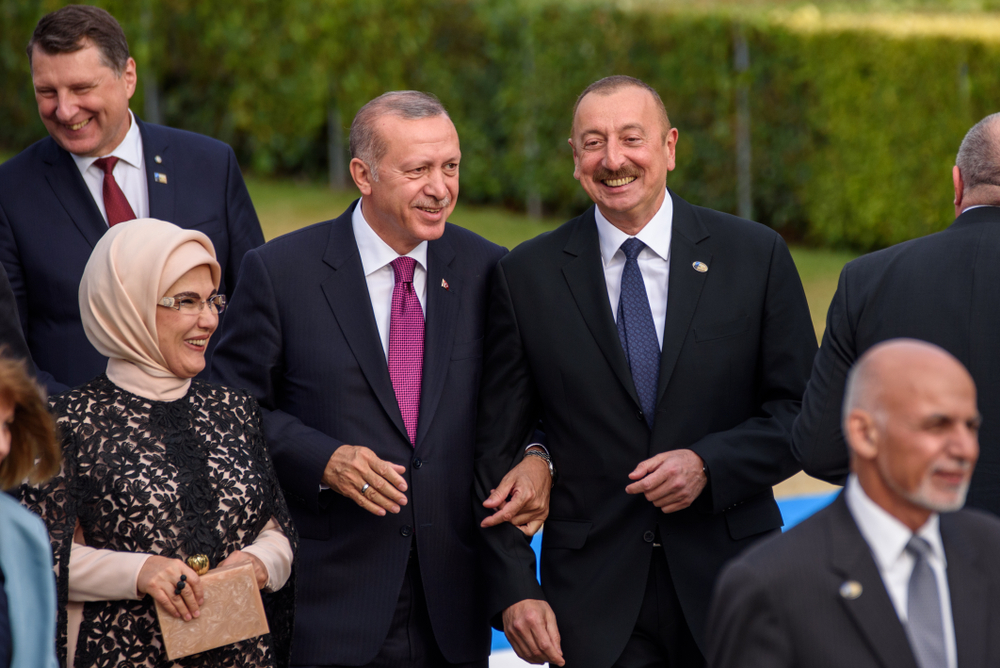 Historical background of the conflict

Latest conflict on the Armenian-Azerbaijani borders

The territorial conflict between Armenia and Azerbaijan has once again re-ignited, and this time a full-scale war is at risk, as attitudes in both countries are urging for the same.

Fierce fighting between Armenia and Azerbaijan continued for a third day, with a reported 11 soldiers on both sides killed. Both sides also reported the other attacking civilian settlements in what appears to be a widening conflict. An Azeri private also died, bringing the Azeri death toll so far to 11. Armenia says four of its troops, two of them officers, were killed. The Azerbaijani authorities said that Armenian artillery fire killed one civilian, Aziz Azizov of the village Aghdam in the Tovuz district of western Azerbaijan, on July 14. Houses also were hit in the nearby village of Dondar Gushchu and the village of Alibeyli was targeted, the authorities said.

The fighting, which broke out on July 12, is now the deadliest since the “April War” of 2016 when more than 200 on both sides were killed. Interestingly, recent battles have been on the international border between Armenia and Azerbaijan, where there have been occasional exchanges of fire in recent years, and not directly in the Nagorno-Karabakh region.

Azerbaijan’s military said it had destroyed an Armenian fortification and artillery and had inflicted casualties on “hundreds” of Armenian troops. Armenia denied suffering any casualties on that scale but reported several wounded besides the two officers killed. Among the six Azeri officers killed were Maj-Gen Polad Hashimov and Col Ilgar Mirzayev. Armenia named its dead officers as Maj Garoush Hambardzumyan and Capt Sos Elbakyan. Later the defence ministry said two Armenian sergeants had been killed too.

The president of Azerbaijan described Armenia as a “fascist state” Wednesday because of its recent attack on Azerbaijan’s civilian settlements where one civilian was killed.  “Armenian forces could not enter Azerbaijan in one centimetre of soil and will never be able to do this,” Ilham Aliyev said during a Cabinet meeting. He stressed that Armenia started clashes at the border Monday and attacked an Azerbaijan position in the Tovuz region, and said, “If we wanted to, we could control most of the land in that region of Armenia today. But we had no such purpose.” He said the Armenian army opened fire on civilian settlements of Azerbaijan and a 76-year-old civilian was killed.  “This reveals again that Armenia is a fascist state,” he said and emphasized Azerbaijan is determined to ensure territorial integrity and will not take a step back in Upper-Karabakh.

Given that this fighting started on the border with Armenia, not the line of contact with Karabakh, Azerbaijan has less to gain by fighting in Armenia proper, and it is, therefore, more probable that Armenia started the latest confrontation. Nothing is sure, however, as the border remains largely unmonitored, with no independent sources of information or verification.

The probability of war breaking out has now significantly increased, as in Azerbaijan, protesters marched through the capital Baku demanding the government fully deploy the army, with some even entering the national parliament. The protesters challenged the government to take a harder approach to the conflict. The protesters chanted slogans “Karabakh is ours,” “End the quarantine and start the war,” “Commander-in-Chief, give us weapons,” “Karabakh or death,” “Najmaddin resign,” “We will not leave until Karabakh is liberated.” Najmaddin Sadigov is the chief of staff of Azerbaijan’s Armed Forces. Many Armenians are also building up war attitudes and the confrontation has resulted in a boost of patriotism.

Turkey and Russia quick to react

Turkey and Russia have both been quick to voice their concerns about the conflict, raising the possibility of military involvement from both sides.

Turkey on Monday warned Armenia to respect the territorial integrity of Azerbaijan, noting that Ankara will stand with Baku “with all it has.” In a televised live interview with national broadcaster TRT Haber, Foreign Minister Mevlüt Çavuşoğlu strongly condemned a deadly attack by Armenian armed forces on Azerbaijani troops. He called on Armenia to “pull its head together” and said that Turkey stands with Azerbaijan “with all it has.” Çavuşoğlu’s remarks came shortly after four Azerbaijani soldiers were killed in a border clash with Armenian troops on Sunday.

Azerbaijani President Ilham Aliyev thanked Turkey for its support and Turkish President Recep Tayyip Erdogan. President Aliyev stressed that under the motto “One nation, two states” Azerbaijan and Turkey constantly support each other both on happy and sorrowful days. “We also feel the strong support from Turkey in all matters,” the head of state said, noting that Turkey has always been in solidarity with Azerbaijan in the settlement of the Armenia-Azerbaijan Nagorno-Karabakh conflict, supported the fair position of our country in all international organizations.

It is therefore clear that should Armenia and Azerbaijan go to war, Turkey’s military involvement and support to Azerbaijan is highly likely.

Meanwhile, Russia, who has a historical connection with the conflict as seen in section 1, could also get involved. Russia has also reacted to the latest conflict, but has taken a more neutral stance than Turkey. The Russian Foreign Ministry in a statement also called on the conflicting parties to exercise restrain, and establish a cease-fire. “The Russian Foreign Ministry expresses serious concern over the sharp escalation of the situation on the Armenian-Azerbaijani border on July 12…” the statement said, offering condolences to the bereaved. Moscow said further escalation is “unacceptable” as it threatens regional security, and expressed readiness to provide any assistance in easing the tensions.

Despite this, Russia’s military has been spotted in the region which could point to its possible involvement in the case of a war. Russian military helicopters were spotted flying close to the border between Armenia and Turkey right after Turkish foreign minister strongly condemned a deadly Armenian attack on Azerbaijani troops. According to the Sputnik Armenia, no patrolling is carried out in this area.

Both Russia and Turkey are deeply embroiled in the conflict, and are observing developments attentively. As it stands, Turkey is likely to militarily support Azerbaijan based on their relationship and latest comments. Meanwhile, it seems like Russia intends to send in peace-keeping troops in the case of a war, however, given Russia’s military bases in Armenia and various instances of support, it is not out of the question that Russia provides support to Armenia.