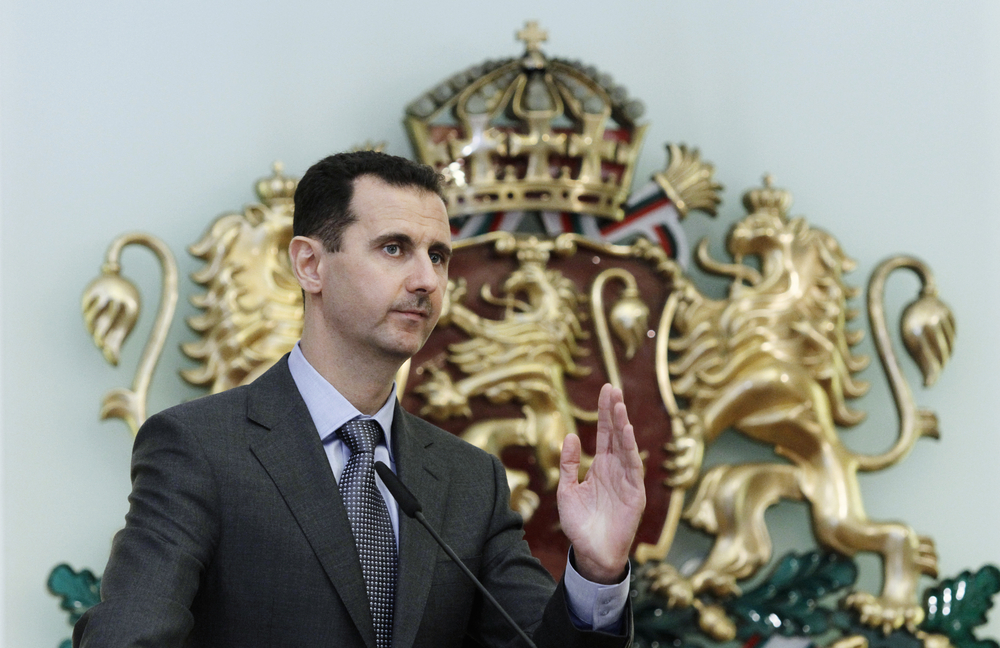 On 17 July, 2000, Bashar Al-Assad assumed the office of the presidency of the Syrian Arab Republic. Bashar succeeded his father Hafez as president of the Syrian Arab Republic, with the older leader having served as a captain in the armed forces before taking power in 1970. The rise of the Assad-led government marked an end to 25 years of political instability, which had seen various Syrian governments overthrown eight times from 1945 in multiple coups.

Bashar was seen to lack the charisma of his father. A shy and largely unknown figure, in his inaugural address to parliament Al-Assad called upon all Syrian citizens to participate in the “development” and “modernisation” of the country. However, hopes that he would usher in an era of reform were short-lived; within a year of assuming office, civil society activists hoping to open Syria up to human rights, democracy, and free speech were imprisoned. The groundwork for his long rule of repression and oppression had already been set.

Elections in Syria have been held every seven years, with Bashar winning in 2000, 2007 and 2014 and expected to run again in 2021. Given the negligible political opposition however, elections are not the key determinant of the president’s ongoing rule – rather it is the continuing approval and support of the military and the Ba’ath Party which are the country’s two most powerful organisations. While many hoped that Bashar Al-Assad would reform Syria’s political system, a view that was boosted by his calls for ordinary citizens to help develop the country, no significant political reforms have occured.

His foreign policy has seen Bashar Al-Assad reverse some of his father’s gains. The most notable example was the loss of Lebanon which, since 1976, had been occupied by Syrian troops with the backing of the Arab League and the United States. PM Hariri’s assassination, which Syria was suspected of, forced Bashar Al-Assad to pull Syrian forces out of Lebanon, which was a major loss for his regime.

Since 2011, Syria has faced a major insurgency. protests erupted in the southern city of Daraa after local school children were detained by security forces for spraying graffiti on some walls. The boys were tortured and locals demanded their release from prison. The security forces opted instead to crackdown violently on demonstrations and this turned civil unrest into an uprising. This occured in an already heated climate Arab Spring had been sweeping Tunisia, Egypt, Bahrain, Libya, and Yemen. This led to the rise of many insurgent groups, with many holding Islam as their symbol.

Bashar Al-Assad responded to all of the civil protests across the country with violence, initially with the security forces, and then later by using the military. His extreme response tipped Syria into a civil war, which is still being fought to this day. With the support of Russia and Iran, Assad has been succesful in defeating the insurgents in 70% of the country, while the US, several Western powers, the Gulf and Turkey were (the latter still is) among the backers of several insurgent groups.

Despite, his military success, Assad has felt the need to re-consolidate his political power, possibly to clear the route for making another military push in Syria’s remaining rebel-held lands, or in order to prepare for economic reconstruction. Hence, Syria have held parliamentary elections, the third to take place in Syria since the country’s civil war began in March 2011. Syrians have voted in Government-held parts of the war-torn country to elect a new parliament amid strict health measures to prevent the spread of the coronavirus.

As expected, Syrian President Bashar al-Assad’s party and its allies won the majority of seats, while the elections were denounced as “theatrical” by the exiled opposition. The so-called “National Unity” list won 177 seats in the 250-member parliament, the electoral commission said on Wednesday. Turnout on Sunday stood at 33 percent, down from 57 percent in 2016, according to commission head Samer Zamreeq.

No vote was held in the north-western province of Idlib, the last rebel stronghold in Syria, or in the country’s north-east, which is controlled by US-backed Kurdish-led fighters. Voting in Government-held areas passed without major incident, but in the rebel-held north, a car bomb late on Sunday killed five people and wounded dozens near a border crossing with Turkey, according to Syrian opposition activists and Turkey’s state-run news agency. After the casting his ballot, Information Minister Imad Sarah told reporters the election “emphasises the cohesion of the Syrian homeland, that after nine years of war, Syria will not kneel”.

Results came after reruns on Monday in four polling centres in Aleppo province and one in the eastern province of Deir Az Zor the official SANA news agency said. Many of the 1,658 candidates ran on pledges to tackle sharp inflation and improve infrastructure ravaged by the conflict.

It was clear that the ruling party was guaranteed a majority, as Zaki Mehchy, a senior consulting fellow at Chatham House and co-founder of the Syrian Centre for Policy Research, told Al Jazeera ahead of the vote. “People know that the majority of MPs are nominated by the Baath party and all of them need to have security approval based on loyalty and not qualifications.” The elections are another tool for Assad to increase his power and security.

Has the international scene given up on its opposition to Assad?

While Assad initially faced the heavy support of Western powers for the rebels in Syria, it now seems that the only significant military backer remaining is Turkey.

The US, who was initially the main rebel backer in Syria, has now turned to an approach of economic sanctions. The US Caesar Syria Civilian Protection Act envisages sanctions on Syrian troops and others responsible for atrocities committed during Syria’s civil war, and also provides funding for war crimes investigations and prosecutions. Nevertheless, Syria calls the sanctions acts of “economic terrorism”. Furthermore, a recent statement from James Jeffrey, the US envoy to Syria, has shaken Western political consensus. “We are not demanding total victory. We are not saying that [the Syrian regime leader Bashar al]  Assad has to go,” said Jeffrey at a conference organised by American think-tank, the Middle East Institute, implying that Assad could stay in power. However, despite the weight of the statement, experts still wonder whether it points to any significant change in the West’s political attitude towards Damascus.

Meanwhile, Turkey has been the only nation to insist on the removal of Assad as seen through their statements, and continuation of military activity in Syria. Turkish President Recep Tayyip Erdogan said on Tuesday that Turkish forces would stay in Syria, where they are backing the opposition fighting the country’s longtime dictator Syrian President Bashar al-Assad, until peace is restored.“Until the Syrian people are free, peaceful and safe, we will remain in this country,” Erdogan said during a speech Tuesday, according to Turkish news outlet Ahval.

Erdogan also commented on the recent Syrian parliamentary elections, saying, “Nowadays they are holding an election, a so-called election,”  clearly criticizing the legitimacy of the elections.

However, Turkey is showing conflicting signs, as on the other hand, as earlier this month, Iran, Russia and Turkey held talks reflecting “harmonised” efforts to bring peace, and reportedly all three sides “expressed the conviction” that Syria’s war had no military solution and must be settled only through a political process, a joint statement said.  This would mean that Turkey removing Assad by force would not be an option, and the most that they would achieve is Russia and Iran agreeing to remove Assad themselves.

As the last backers of the conflict appear to be searching for a peaceful solution, it remains unclear whether Assad will continue to rule Syria, or be replaced, but what is clear is his increasing grip on the country’s politics and military situation.