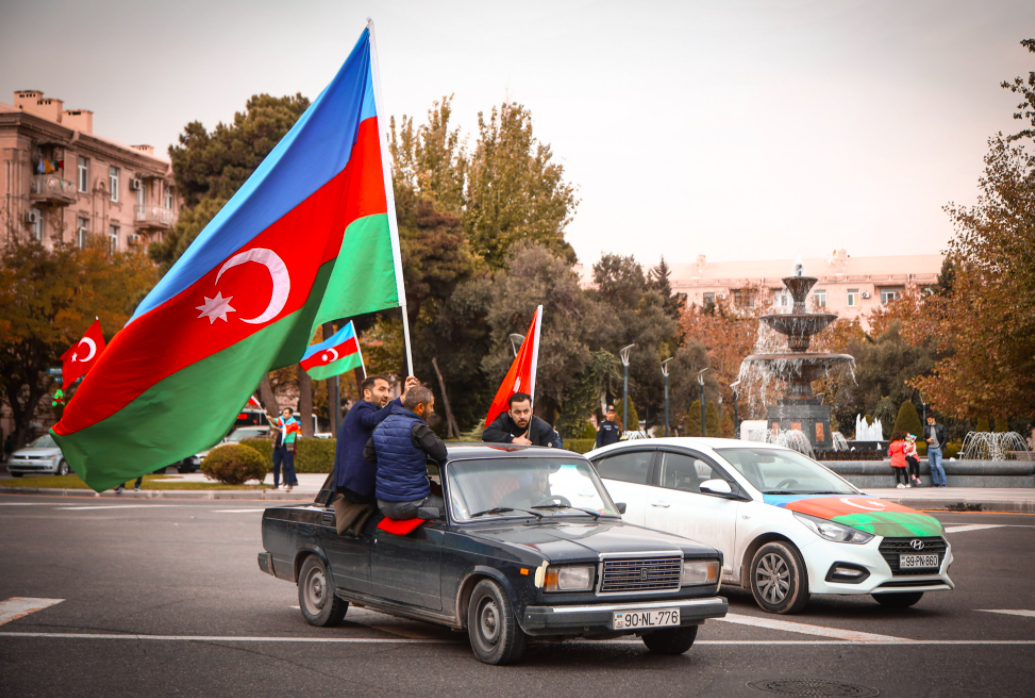 Armenian Prime Minister Nikol Pashinian said Monday night that he has “painfully” signed an agreement with the leaders of Azerbaijan and Russia to end the war with Azerbaijan on Tuesday.

It follows six weeks of fighting between Azerbaijan and ethnic Armenians.

The region where fighting occured is internationally recognised as Azerbaijani but has been run by ethnic Armenians since 1994.

“I have signed a statement with the presidents of Russia and Azerbaijan on the termination of the Karabakh war,” Pashinyan said in a statement posted on his Facebook page, calling the move “unspeakably painful for me personally and for our people.”

The Kremlin released a statement later, saying the parties have signed a deal on the “complete stoppage” of combat in Nagorno-Karabakh. Pashinian added that he would address the nation “in upcoming days.”

“I made that decision as a result of a deep analysis of the military situation,” he said.

“We need to analyze our years of independence to plan our future and not repeat the mistakes of the past,” Pashinian added.

Russian President Vladimir Putin announced later that the cease-fire has started and that Azerbaijani and Armenian militaries will remain in positions they control.

Under the deal, Azerbaijan will hold on to areas of Nagorno-Karabakh that it has taken during the conflict. Armenia has also agreed to withdraw from several other adjacent areas over the next few weeks. During a televised online address, President Putin said that Russian peacekeepers would be deployed to patrol the front line.

Azerbaijanis celebrated the signing of a deal early Tuesday ending the longstanding conflict over Upper Karabakh, also known as Nagorno-Karabakh. They took to the streets after President Ilham Aliyev described the agreement reached to halt fighting over the region as the defeat of Armenia.

In his televised address, Aliyev said Agdam District will be delivered to Baku as of Nov. 20 while Kalbajar will be returned by Nov. 15 and Lachin by Dec. 1. The capital Baku was the scene of enthusiastic celebrations despite the early hour, with thousands of people carrying both Azerbaijani and Turkish flags.

Some Azerbaijanis danced in the streets while others celebrated in convoys of cars. Some cried out of happiness and others sang songs and the national anthem. In Ganja, the second-largest city in the country, people also celebrated.

Soon after the Armenian Prime Minister Nikol Pashinyan announced of a peace deal with Azerbaijan and Russia, angry protesters stormed the Armenian parliament in Yerevan. As per reports, the Speaker was seriously assaulted by the protesters as well.

As per a report in RT.com, gunshots could be heard in the streets of Yerevan as the angry protesters stormed the government building, looking for Prime Minister Nikol Pashinyan in the early hours of Tuesday.

“He should leave, and the agreement should be annulled,” the protesters were shouting.

Russia’s defence ministry said it had begun the deployment of 1,960 soldiers to act as peacekeepers for the next five years. Putin said they would be positioned along the frontline in Nagorno-Karabakh and in the corridor between Armenia and Nagorno-Karabakh.

“The deployment of Turkish soldiers in Karabakh has not been agreed,” Peskov says, according to comments carried by state news agency TASS.

This has raised some eyebrows as to Russia’s intentions in the region, possibly wanting to gain a foothold in Karabakh.

Russia has already dispatched its peacekeepers to the Karabakh conflict zone, according to an announcement from the country’s defense ministry. Russia IL-76 military places transported 1,960 peacekeepers and 470 military equipment, the Azatutyun.am’s Armenian service reported on Monday, citing the Russian defense ministry.

The peacekeepers are headed to the Karabakh conflict zone in accordance to an agreement announced earlier Tuesday.

Per the agreement, a peacekeeping command center will be established in the region. The Russian Defense Ministry reported that the center will be headquartered in Stepanakert. The peacekeepers will be stations along the Artsakh-Azerbaijan border, or the line of contact, as well as at the corridors between Armenia and Artsakh.