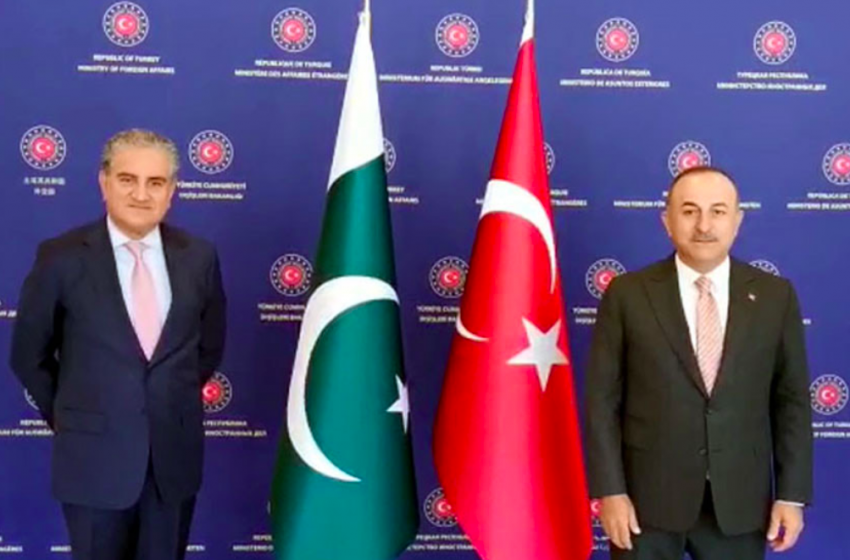 Israeli fighter jets continued to pummel the Gaza Strip in the early hours of Wednesday, flattening residential buildings and killing at least four Palestinians, including a journalist.

The latest raids came as Palestinian groups launched more rockets towards cities in southern Israel. There were no immediate reports of injuries.

At least 219 Palestinians, including 63 children, have been killed in Gaza since the latest violence flared on May 10. About 1,500 Palestinians have been wounded.

Twelve people in Israel have died, including two children, while at least 300 Israelis have been wounded.

Despite the escalating violence – now in its tenth day – diplomatic efforts for a ceasefire between Israel and Gaza’s Hamas rulers have failed to make much headway.

The United States continued to block the UN Security Council from issuing a joint statement urging an end to the hostilities, telling diplomats that a public statement would not help calm the tensions.

France, however, says it is working with Israel’s neighbours, Egypt and Jordan, on a new ceasefire resolution. China said it was “supportive” of the French proposal.

Since the start of Israeli aggression against the Palestinian people last week, Pakistan has, similarly to Turkey, strongly condemned Israel’s actions.

A top Pakistani minister has urged UN chief Antonio Guterres to call Israeli aggression against Palestine a “massacre” not “conflict,”  as Israeli warplanes continued to bomb and destroy civilian and residential sites in besieged Gaza.

“With respect honorable SG [Secretary General of UN] this is not a conflict but a massacre by an occupation power and UN needs to enforce its responsibility to protect the Palestinian people against Israel’s state terrorism,” Shireen Mazari wrote on Twitter on Saturday.

She was replying to UN chief Antonio Guterres’ tweet that called for “de-escalation” and “cessation of hostilities” in Gaza and Israel.

The Pakistani prime minister on Sunday urged the international community to take immediate actions to protect Palestinians in the wake of Israeli attacks on Al-Aqsa Mosque in Jerusalem.

“[The] International community must take immediate action to protect Palestinians and their legitimate rights,” Khan who is currently on a three-day visit to Saudi Arabia, said.

In a separate statement, Foreign Minister Shah Mehmood Qureshi urged the Organization of Islamic Cooperation and the Arab League to play a role to stop Israeli atrocities against Palestinians.

Welcoming the convening of an emergency meeting of the Arab League to discuss the situation, Qureshi called upon the EU and human rights groups to take cognizance of the violation of human rights and the international laws by Tel Aviv.

Rejecting Israel’s move to evict seven Palestinian families from their homes in Sheikh Jarrah neighborhood of East Jerusalem, he said there are no legal or moral reasons for this illegitimate act.

Reiterating Islamabad’s long-standing stand on the Palestine issue, he said his country will continue to support Palestinians in their struggle.

Furthermore, there is widespread support in Pakistan for the country’s intervention in the conflict on behalf of the Palestinians, as tens of thousands marched across Pakistan on Sunday to denounce Israel’s attacks in Gaza.

Rallies and demonstrations were held in the capital Islamabad, commercial capital Karachi, Lahore, Peshawar, Quetta, Faisalabad, Multan, Hyderabad and other cities on the call of Milli Yakjehti Council, a conglomerate of Sunni and Shia schools of thought.

In Islamabad, thousands rallied at the capital’s famous D-Chowk roundabout, less than a mile away from the Parliament House, to express solidarity with Palestinians.

Carrying Palestinian flags, banners and posters, some of them plastered with the pictures of Shaikh Ahmed Yasin, the slain leader of Hamas, the protesters chanted anti-Israel slogans.

Meanwhile, the government of southwestern Balochistan province announced to observe Day of Solidarity with Palestinians on Monday to honor Palestinian martyrs and condemn Israel’s aggression.

Are Turkey and Pakistan formulating a strategy against Israel?

In a development that signals plans of close cooperation between Turkey and Pakistan on the Palestine issue, Pakistani Foreign Minister Shah Mahmood Qureshi met his Turkish counterpart Mevlut Cavusoglu in Ankara on Tuesday wherein both the leaders vowed to collectively raise the Palestine issue at the United Nations General Assembly (UNGA) session.

Qureshi, who arrived in Turkish capital on Prime Minister Imran Khan’s directive, on a diplomatic mission to support Palestine, resolved that Pakistan would never leave the Palestinian people alone.

The Turkish foreign minister lauded Qureshi’s address at the foreign ministerial level emergency meeting of the Organisation of Islamic Cooperation (OIC) on Sunday wherein the latter had reiterated Pakistan’s continued and fullest support for the people of Palestine.

Foreign Minister Qureshi also appreciated the firm and categorical stance of Turkish President Recep Tayyip Erdogan and the Turkish government on the issue of Palestine. He said the whole Muslim world was hurt due to the Israeli attacks and incidents of violence during the holy month of Ramadan and Eid-ul-Fitr. Both the foreign ministers strongly condemned the Israeli aggression against the Palestinians and their forced eviction.

In his tweet, Qureshi wrote: Met brother FM @MevlutCavusoglu in Ankara today. Nothing can shake our resolve as we stand shoulder to shoulder with the people of Palestine in their legitimate right to self-determination & establishment of an independent state with pre-1967 borders & Al Quds Al Shareef as capital.

Turkey and Pakistan are also talking to the leaders of many countries regarding the situation in Gaza. Turkish President Erdoğan spoke to the heads of many Islamic nations and urged the Islamic world to unite against Israel.

Pakistan and Turkey have therefore been extremely vocal on the Israel-Palestine conflict, and could be planning a strategy to act, and break through the stalemate in the UN.