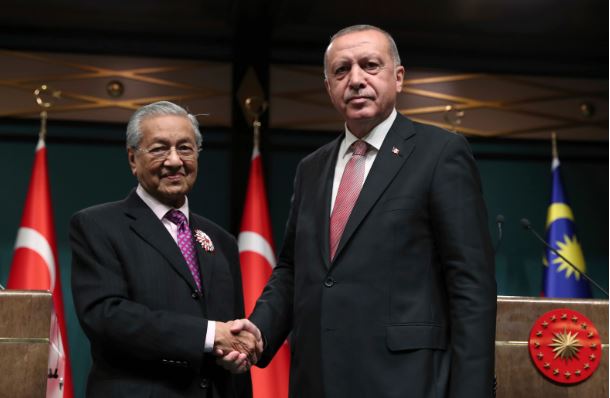 In recent years, Malaysia has been trying to increase its engagement and cooperation with the Muslim world. We saw many signals of this in 2019, as the nation significantly strengthened relations with Pakistan, as well as Iran and several other Muslim nations in Asia.

Furthermore, Malaysia has been vocal on the oppression of Muslim minorities, namely, the Uighurs in China and the Rohingya in Myanmar. After a call for a Muslim summit currently taking place in Malaysia, coming after many calls by Malaysian PM Mahathir Mohammad for the Muslim world to come together, many believe that Malaysia is trying to unite the Muslim world, and consequently increase their say in world politics. Can Malaysian Prime Minister Mahathir Mohamad bring together a divided Muslim world riven by conflict, oppression and under-development? That’s the question observers will ask as Islamic world leaders and representatives convene in Kuala Lumpur for a four-day summit chaired by the outspoken 94-year-old Malaysian leader. “Islam, the Muslims and their countries are in a state of crisis, helpless and unworthy of this great religion which is meant to be good for mankind,” said Mahathir in his opening address to the summit, at which he said Muslim nations had “lost the respect of the world” due to rampant terrorism and disrespect for human rights.

In addition to this, Economic Affairs Minister Datuk Seri Azmin Ali said foreign direct investment (FDI) within Muslim economies would stimulate wealth creation of Muslim economies. He said this could be done even as these states continued their current efforts to promote FDIs and trade with other members of the international community. “There is a lot we can benefit from if we increase trade among Muslim countries. This allows us to correct the imbalances in supply and demand among Muslim countries. The demand may be high but we lack the ability to produce the products. We have a huge human capital who are talented and are skilled workers which can be leveraged on.” Malaysia appears to be trying to unite the Muslim world for some sort of economic revival, but as point 3 will illustrate, this will not be easy.

It appears Malaysia is not the only sizeable nation declaring their commitment to the unity of the Muslim world, as Turkey has also repeatedly called for this in the past months, and closely cooperated with Malaysia in moving towards that goal. This was signified by President Recep Tayyip Erdoğan speaking at the Kuala Lumpur Summit on Thursday, addressing several pressing issues.

Speaking at the opening session of the summit, which brings together intellectuals, academics and Muslim leaders to create solutions for problems faced by Muslims, Erdoğan highlighted the importance of solidarity and cooperation among the countries. “One in three weapons sold globally are sent to the Middle East,” the president said, noting that 94% of those killed in global conflicts are Muslims. He said that while Muslims continue to shoot and kill each other over trivial disagreements, Western arms dealers become wealthier because the former spend their money on weapons rather than education, health, research and development. “We need to focus on projects that will aid our shortcomings and realize our potential,” Erdoğan told Muslim leaders, urging them to enhance cooperation in strategic areas including defence, energy, advanced technology and finance. The president also touched upon the issue of inaction following global meetings among Muslim leaders and wants the Muslim world to start acting. “The biggest problem of platforms that bring together the Islamic world under a single roof is the issue of implementation. This is the reason why we have not covered any distance in the Palestinian cause, are unable to stop the exploitation of our resources and cannot say stop as our region is torn apart through the rhetoric of sectarianism,” Erdoğan said.

Turkey has shown its willingness to cooperate with Malaysia towards this cause by attending and speaking at the recent summit, unlike several prominent Muslim nations, as well as increased cooperation with the country in general. In fact, a day before the summit, Turkish and Malaysian officials signed 15 agreements in various fields in the Malaysian capital Kuala Lumpur on Wednesday in the presence of both countries’ leaders. Turkish President Recep Tayyip Erdogan met Malaysian Prime Minister Mahathir Mohamad at his official residence to witness the signing of 15 goodwill agreements on science, technology, and defence.  The agreement on science and technology was signed between Turkish Industry and Technology Minister Mustafa Varank and Yeo Bee Yin, Malaysia’s energy, science, technology, environment, and climate change minister. These were some of the goals put out in the summit, so with Turkey and Malaysia signing this agreement, they showed their implementation of the changes being requested, and are expecting the rest of the Muslim world to follow in this track.

As Malaysia announced the hosting of a Muslim summit, there came a lot of opposition from several Muslim countries, led by Saudi Arabia, leading some to believe that Malaysia and Turkey’s initiative is causing a larger divide in the Muslim world, rather than a road to unity.

Ahead of the summit in Malaysia,  Saudi King Salman Bin Abdul Aziz has highlighted the role of the Organisation of Islamic Cooperation (OIC). The Saudi monarch “has emphasised the importance of joint Islamic action through the OIC to achieve unity of ranks in discussing all issues of concern for the Islamic nation,” the official Saudi news agency reported. Divisions in the Muslim world were self-evident as only about 20 countries sent leaders, or delegations to the Kuala Lumpur summit, though all 57 members of the OIC had been invited.

The OIC had said it was against the interests of the Islamic community to convene meetings outside the Saudi-based organisation, which has for decades acted as the collective voice of the Muslim world, while both Mahathir and Erdogan have been frustrated by the OIC’s past record of hand-wringing and failure to take firm action in support of Muslim causes.

Significantly, worried about taking sides, Prime Minister Imran Khan opted to stay away from the Kuala Lumpur summit. “Pakistan wants to become part of the solution and not part of the problem,” Information Minister Firdous Ashiq Awan told reporters in Islamabad. It is clear that the summit has not been welcomed by a large portion of the Muslim world, which highlights the many divisions still present in it. However, it remains to be seen whether the Summit will conclude a success, which will be tested by the implementation of the plans set out at least by the countries that did attend.