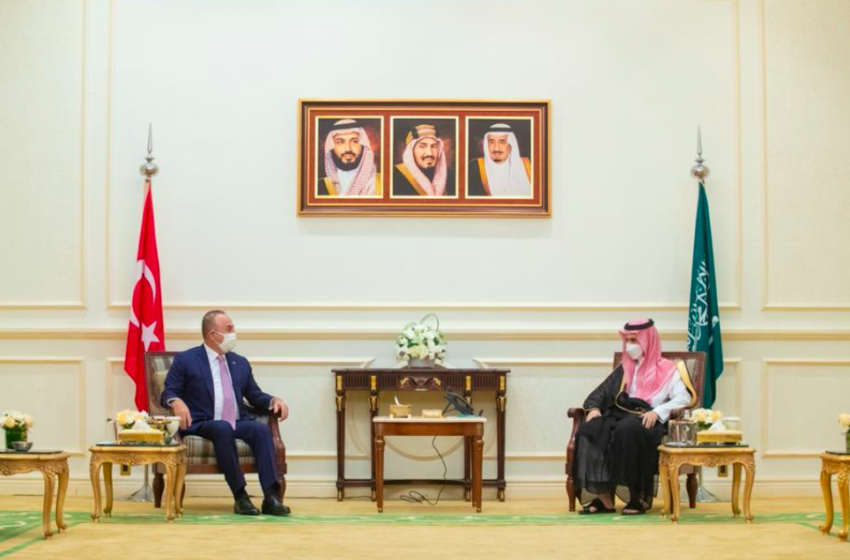 In recent days, protests escalated over the threatened eviction of dozens of Palestinian families from the east Jerusalem neighborhood of Sheikh Jarrah.

The families have been embroiled in a long legal battle with ideological Jewish settlers who seek to acquire property in crowded Palestinian neighborhoods just outside the Old City.

Women were also targeted by Israeli forces, according to witnesses.

Al-Aqsa Mosque is the world’s third-holiest site for Muslims. Jews call the area the “Temple Mount,” claiming it was the site of two Jewish temples in ancient times.

Escalating hostilities even further, Hamas threatened Israel with an ultimatum on Monday afternoon, saying all Israeli security forces had to be removed from the Al Aqsa mosque and the Sheikh Jarrah neighborhood of East Jerusalem by 6 p.m., or else the so-called “joint operations room” a body representing the various groups in the Strip, would attack.

Minutes after the deadline had passed, Hamas took responsibility of rocket barrage towards Israel as response to attacks at the Al Aqsa Mosque. Rockets were launched towards Israel. In response, Israel launched its own strikes on Gaza.

Twenty-four people, including nine children, were killed in Gaza overnight, most of them in Israeli strikes. More than 700 Palestinians were hurt in clashes with Israeli security forces in Jerusalem and across the West Bank in 24 hours, including nearly 500 who were treated at hospitals. The Israeli military said six Israeli civilians were hurt by rocket fire Tuesday morning.

The Israeli military said it had carried out dozens of airstrikes across Gaza overnight, targeting what it said were Hamas military installations and operatives. It said a Hamas tunnel, rocket launchers and at least eight militants had been hit.

Dozens of rockets were intercepted by Israel’s Iron Dome defense system. But one landed near a home on the outskirts of Jerusalem, causing light damage to the structure and sparking a brush fire nearby. In southern Israel, an Israeli man was lightly wounded after a missile struck a vehicle.

Two Israelis were killed Tuesday when rockets struck two houses in the port city of Ashkelon. Another rocket hit an empty school that had been ordered closed due to the risk of strikes. A rocket barrage Tuesday night killed a third Israeli in the Tel Aviv suburb Holon.

Prime Minister Benjamin Netanyahu said that “terrorist organizations in Gaza have crossed a red line and attacked us with missiles in the outskirts of Jerusalem.”

Amid the latest violence, Turkish Foreign Minister Mevlüt Çavuşoğlu has started his two-day official visit to Saudi Arabia after years of strained relations with the Gulf country since the killing of Saudi journalist Jamal Khashoggi in Istanbul.

The visit comes as Turkey and Saudi Arabia have stepped up to restore ties and amid the ongoing tensions in Jerusalem after Israeli aggression at the Al-Aqsa Mosque.

“[I am] in Saudi Arabia to discuss bilateral relations and important regional issues, especially the attacks at the Al-Aqsa Mosque and the oppression against the Palestinian people,” Çavuşoğlu wrote on Twitter upon his arrival in Saudi Arabia.

The relations between Ankara and Riyadh hit an all-time low after the 2018 killing of Saudi journalist Jamal Khashoggi in Istanbul. The visit comes as Turkey stepped up to restore ties with Arab nations, including the Gulf country.

Khashoggi was killed on Oct. 2, 2018, after he entered the consulate to get documents that would allow him to marry his Turkish fiancee, who was waiting outside.

Turkey and Saudi Arabia decided to continue talking to each other, said Turkey’s foreign minister.

“We had a very open and sincere meeting. We decided to continue our dialogue,” Mevlut Cavusoglu told reporters after meeting with his Saudi counterpart in Riyadh, Saudi Arabia.

The visit had already been planned earlier as a part of Turkish efforts to repair ties with Saudi Arabia. Although initial indicators had shown that such prospects of reconciliation remained unlikely, it appears that Israel’s latest attacks on Palestinians in Jerusalem and Gaza have significantly aided the success of the meeting, as Turkey and Saudi Arabia agreed on an important foreign policy issue which conveniently arose at the time of the visit.

The two ministers discussed the “aggression” of Israel, Cavusoglu said, after the Arab League condemned deadly Israeli air strikes on the Gaza Strip and called on the international community to move urgently to stop escalating violence that it blamed on Israeli actions against Palestinians in Jerusalem.

The actions have caused concern in the Muslim world as the site is one of the most religious in Islam.

The Saudi ministry of foreign affairs strongly condemns the attacks carried out by the occupation forces at Al-Aqsa mosque transgressing the safety and security of the worshippers, the statement said.

Saudi Arabia urged the international community to hold Israel accountable for the escalation of the events and calls for the immediate cessation of any exacerbation violating the international pacts and treaties, it added.

It appears Turkey and Saudi Arabia have found an important peace to the puzzle of repairing relations in a common desire to lead the Muslim world in defending the Islamic holy sites. This could indeed be an important development, but it remains to be seen whether this is a temporary catalyst, or a foundation upon which relations can be built.