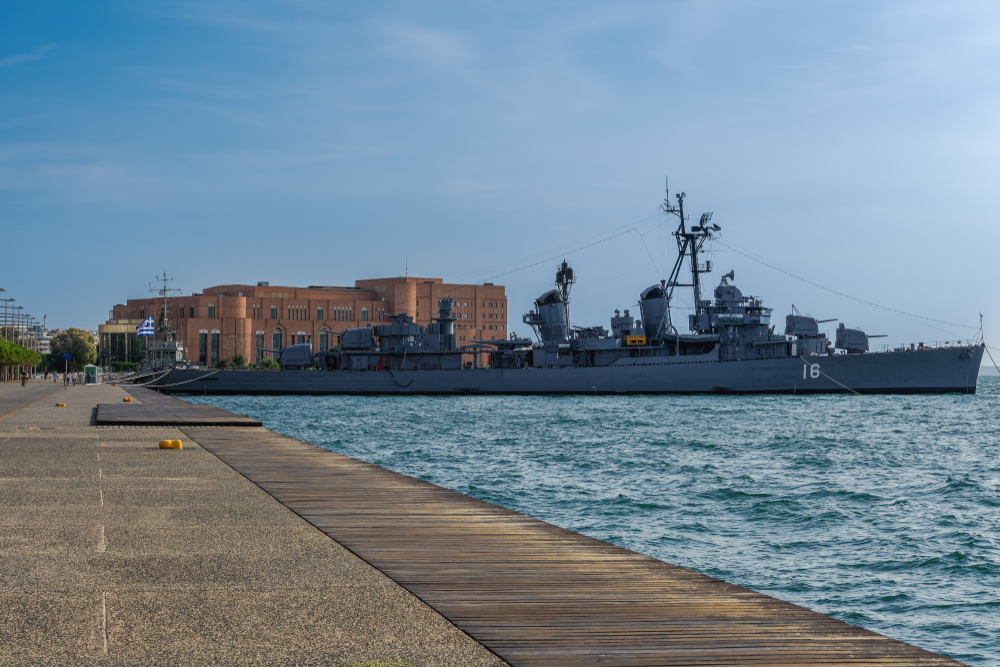 High tensions between Egypt and Turkey

Egypt and Turkey’s relations have been spiralling down since the Arab Spring, and the bad relationship between Egypt’s Abdelrahman El Sisi and Turkey’s Rece Tayyip Erdogan has underlined the relations in this period. In August 2013, Turkey asked the United Nations Security Council to impose sanctions on Sisi. And the struggle through the UN has not stopped. For the 2015 UN elections, Egypt openly lobbied against Turkish candidacy to obtain a seat at the UN Security Council. Neither Turkey nor Egypt took a step back the following year in 2014.

In July, it went from bad to worse when Israel brutally attacked Palestine’s Gaza Strip. Egypt has played a role in the talks between Israel and Palestine. Erdogan called Sisi an “illegitimate tyrant” who cannot be trusted in negotiations. There was a positive sign a year later, as Egyptian Foreign Minister Sameh Shoukry and Turkish FM Mevlut Cavusoglu met in New York in September 2014 during the UN summit, however, this was short-lived as leaders of both countries were assigned to sit at the same table during the UN General Assembly in New York in September. The Turkish President Recep Tayyip Erdogan refused to attend the luncheon, calling Sisi “illegitimate” during his speech in New York. In the next years, there have no improvements in relations or any significant attempts to do so.

Turkey has raised many eyebrows with its new attempt to gain positions in the Mediterranean to search for gas and oil sources. Egypt and Israel, and increasingly Greece fear their monopoly on Mediterranean gas could be threatened.

Egypt and Israel have been the prominent gas producers in the Mediterranean in the past years, and have discovered sizeable natural gas fields that allowed them to gain a monopoly on gas supply in the region. It now appears, however, that Turkey is looking to establish themselves in the Mediterranean natural gas scene. Turkey has made these intentions clear, with World Bank data showing a rising trend in Turkey’s energy imports, accounting for 75% of its energy needs in 2015, Ankara sees securing its share in a growing contest over the Mediterranean as vital. “Turkey wants to stop the bleeding on energy and develop oil and gas sources,” Bashir Abdel Fattah, a researcher at Egypt’s Al-Ahram Center for Political and Strategic Studies, told DW. “It only has 12 nautical miles as a maritime border, in accordance with the 1982 convention, and that does not have any oil or gas wells.”

Previous agreements signed between Egypt, Israel, Lebanon, Cyprus and Greece had already partitioned the Eastern Mediterranean among themselves without taking Ankara into consideration. What was left to Turkey was confined to the northern half of the narrow strip of sea between its Mediterranean shorelines and Cyprus. Cyprus has signed a $9.3 billion contract with a group of oil and gas companies  Noble, Shell and Delek, from the US, the Netherlands and Israel respectively. These nations will seek ways to force Turkey and Libya to step back from this initiative.

Further increasing tensions between the two nations is Turkey’s support for the UN-recognized Sarraj government in Libya, and Egypt’s support of opposing Haftar, also known as the LNA. Despite early gains, and controlling much of the landmass of Libya, as well as heavy support from Russia, Egypt, and the United Arab Emirates, General Khalifa Haftar’s self-proclaimed Libyan National Army (LNA) rebel forces have continued to lose ground to the Government of National Accord (GNA), whose forces have received air and ground support from Turkey. In response, Egypt has threatened to send troops into neighbouring Libya if the GNA and Turkish forces try to seize Sirte. The Egyptian parliament last month gave a green light for possible military intervention.

Most recently, The Turkish Ministry of Defense announced July 25 via Twitter that the Turkish air force carried out military exercises in the eastern Mediterranean. It also posted photos and videos confirming the drill. Meanwhile, the Egyptian and French naval forces carried out a joint maritime training in the Mediterranean on July 25, with the participation of the Egyptian navy stealth frigate Tahya Masr (Long Live Egypt) and the Aconit French navy stealth frigate. The training falls within the framework of the Egyptian armed forces’ plan to boost its military training and exchange military expertise with friendly countries. The joint training focused on repelling hostile formations, according to a press statement by the Egyptian military spokesman. This is a clear sign that tensions in the Mediterranean between these two countries are ever-increasing, and as we will discuss below, Greece is at the same time facing very high tensions with Turkey.

A series of regional developments have recently increased the tensions between Turkey and Greece, further extending the already-present differences and putting the larger regional stability at risk. Confrontations between the two neighbours are nothing new and have been present, over various issues, since the earliest days of their bilateral relations.

Most recently, after reports 2 weeks ago that Turkish naval ships have moved to patrol the area, the Greek military was placed on alarm. Many Greek islands in the Aegean and the Eastern Mediterranean are within sight of the Turkish coast, so issues of territorial waters are complex and the two countries have come to the brink of war in the past. The Greek Foreign Ministry issued a statement calling on Ankara to “immediately cease the illegal activities” that it said violated the nation’s sovereign rights. On Wednesday, the Turkish Foreign Ministry rejected the assertions, saying the Oruc Reis survey ship was operating within Turkey’s continental shelf. “Greece bases this claim on the presence of remote islands far from its own mainland, most notably Kastellorizo,” Turkish Foreign Ministry Spokesperson Hami Aksoy said in a statement at the time. “This maximalist continental shelf claim of Greece is contrary to international law, jurisprudence and court decisions.”

Several Turkish representatives and journalists believe that Greece is increasing tensions with Turkey to increase its own political gains. Greece is benefitting from increased political and military tensions with Turkey, attempting to use every opportunity to produce anti-Turkish policies, said Muhittin Ataman, a political science professor and Director of Foreign Policy Studies at SETA, a thinktank with close ties to the Turkish government. Ataman said that Greece has been cooperating with anti-Turkish actors and has not hesitated to show its “absolute anti-Turkish stance.” In an effort to prevent Turkey’s ascendency and the widening power gap between the two countries, Greece has sought to not only mobilise the United States and the European Union against it, but also Russia, Israel, Egypt and other regional actors, such as Libyan opposition warlord General Khalifa Haftar and Syrian President Bashar Assad, Ataman said.

Therefore, the Egypt Greece relationship is crucial for Greece in its aims to corner Turkey, as will be elaborated on below.

As both Greece and Egypt experience a rise in tensions with Turkey in recent months, the two nations have increasingly looked to each other for help and increasing cooperation, in order to corner Turkey and block them from further developing their interests in the Mediterranean.

Greece and Egypt are close to signing an agreement on maritime boundaries, the country’s ambassador to Cairo, Nikos Garilidis, has said. “We are close, very close,” Garilidis said in an interview with Egypt’s flagship state newspaper Al-Ahram. An agreement on exclusive economic zone (EEZ) delimitation between Greece and Egypt would not be to the liking of Turkey which last year signed a highly contentious maritime demarcation deal with Libya’s internationally-recognized government.
Garilidis said it was up to Turkey to maintain good relations with its neighbours.

President Abdel Fattah El-Sisi discussed mutual interests in the Eastern Mediterranean region with Greek Prime Minister Kyriakos Mitsotakis during a phone call, local daily Egypt Today reported.  Sisi and Mitsotakis agreed that East Mediterranean Gas Forum represents one of the most important tools in addressing common interests in the region, which would open prospects for cooperation between the countries in the field of energy and gas. During the phone call that took place on Thursday, both officials also discussed ways for tripartite cooperation between Egypt, Cyprus and Greece.

According to a statement by the Egyptian presidency about the call between the two men on Thursday, Mitsotakis also rejected all foreign interference in Libya and hailed Egypt’s efforts to reach a political settlement and to restore peace in all Libyan territory. He stressed the importance of returning to the political path in accordance with the related UN resolutions and the conclusion of the Berlin conference. Earlier on Thursday, the Greek government warned that it will do “whatever is necessary” to defend its sovereign rights, in response to plans by neighbouring Turkey to proceed with an oil-and-gas research mission south of Greek islands in the eastern Mediterranean.

The proposed agreements have also come with external support, as Secretary-General of the Union of Arab Chambers (UAC) Khaled Hanafi has called for establishing a joint economic zone between Egypt and Greece that would be for the interest of both countries in addition to developing maritime and touristic cooperation. This came during discussions held via video conference organized by the Arab-Greek Chamber of Commerce under the auspices of the Union of Arab Chambers and the Greek Ministry of Maritime Affairs. Hanafi said that the ports of Port Said, Damietta and Alexandria in addition to the Greek Port of Piraeus succeeded in remaining open to shipping.

It is clear that Egypt and Greece have a clear geopolitical goal in mind, and that is halting Turkey’s increasingly risky moves in the Mediterranean and in Libya, as both Egypt and Greece feel their sovereignty threatened. Egypt’s cooperation with Greece could also help economically, as mutual cooperation on ports and trade, as well as tourism are crucial to Egypt as well as Greece.