A year after a deadly conflict over the mountainous Nagorno-Karabakh region that killed thousands and led to accusations of war crimes from both sides, arch foes Armenia and Azerbaijan have shown some signs that they are open to improving relations.

Azerbaijan’s deputy foreign minister, Elnur Mammadov, told Al Jazeera from his office in Baku that it is time for a fresh start for the two countries, which currently have no diplomatic relations.

“We believe the conflict should be put behind us and we should now look into confidence and trust building,” said Mammadov, adding that you “cannot live in a state of war forever”.

Relations between the former Soviet republics have been tense since the first Karabakh war in the early 1990s, which left the territory and seven adjacent regions – all of which are recognised internationally as part of Azerbaijan – in the hands of ethnic Armenians.

The conflict prompted neighbouring Turkey, which shares close cultural and linguistic ties with Azerbaijan, to sever relations and close its borders with Armenia in 1993.

In September last year, tensions spilled over again, resulting in a 44-day war that killed more than 6,000 mostly soldiers across the two sides. Turkey provided sophisticated weaponry such as drones that were thought to have helped sway the conflict.

However, despite a historically difficult relationship due to the mass killing of Armenians in the Ottoman Empire during World War I, Armenia’s Prime Minister Nikol Pashinyan and Turkish President Recep Tayyip Erdogan have signalled that they are ready to move towards restoring diplomatic relations following Azerbaijan’s victory.

Both sides stand to make economic and geopolitical gains as a result.

Mammadov said that for Azerbaijan, although conditions would have to be met along the way, normalisation also fits the overall long-term outlook.

“What’s happening with Turkey and Armenia fits into the big picture of normalisation and that’s exactly what we’re interested in. Nobody wants to live in this hostile environment,” he said.

“We have always said that it’s not a question of not liking Armenians. We did not establish diplomatic or other relations with Armenia before because they had occupied our land. As a result of the war, the territories have been liberated, and now we are ready to talk.”

Among the demands that would need to be met are the opening of a transport corridor with Nakhichevan, an Azerbaijan exclave bordering Armenia and Iran, which was agreed under last November’s ceasefire statement.

The corridor will allow direct access between Turkey and Azerbaijan, without using the far longer land routes through Georgia or Iran.

Recently, the first Azerbiajani passenger plane for seven years flew over Armenian airspace from Baku to the exclave, and the deputy prime ministers of both countries are set to meet later this month to discuss further opening up of the corridor via Russia.

For Azerbaijan, a comprehensive peace agreement would also need to be agreed to replace the tripartite ceasefire statement, co-signed by Russia, that ended the conflict last year.

Negotiations of which, should they go ahead, are expected to be a lengthy process.

Before the war, negotiations were mediated by the OSCE’s Minsk Group, led by France, Russia, and the United States, but Moscow has now taken a dominant role.

Alex Melikishvili, principal research analyst with IHS Country Risk focused on the Caucasus and Central Asia, said that Azerbaijan is keen to move on with the comprehensive peace agreement with Armenia, which will include provisions on the non-use of force.

“President [Ilham] Aliyev has said that the Karabakh conflict is over, as far as Azerbaijan is concerned. On the Armenian side, the situation is far more complicated for a number of reasons,” he said.

“President Aliyev has firmly rejected any type of autonomy for what’s left of the breakaway region, but you still have an Armenian population there, even though they only control one third of the territory they controlled before November 2020.”

Prime Minister Nikol Pashinyan said in August that he was ready for reconciliation with Turkey “without preconditions”, despite last year referring to Ankara in an interview with Al Jazeera as “the main initiator of this war”.

According to Turkey’s pro-government Daily Sabah newspaper, Pashinyan said during a recent meeting with Lithuania’s Armenian community that he had announced he was ready for a “high-level summit” with Baku, as far back as July 1.

Speaking at a meeting of Commonwealth of Independent States (CIS) country leaders, Pashinian stressed that normalization between Yerevan and Ankara could accelerate settlement between Armenia and Azerbaijan.

“Starting a conversation with the aim of normalizing our relations with Turkey is another factor that could play the role of a catalyst in this issue,” he said, referring to the implementation of agreements on Nagorno-Karabakh.

He also stressed the importance of restoring transportation channels as major milestones toward normalization with Azerbaijan and the implementation of the agreements on Karabakh.

All these steps would serve to lay the groundwork for signing a peace treaty between Azerbaijan and Armenia, Pashinian noted.

“Of course, the main issue is the signing of a peace treaty between Armenia and Azerbaijan. To this end, we consider it important to restore the negotiation process within the framework of the OSCE (Organization for Security and Cooperation in Europe) Minsk Group co-chairmanship. In recent months, the co-chairs have repeatedly noted in their statements the need to resume the peace process for the settlement of the Nagorno-Karabakh conflict,” he said.

It is therefore clear that Armenia has definitely made steps forward towards reconciliation with Turkey, who is also trying to translate this into reconciliation between the former and Azerbaijan. However, although Pashinyan’s statements signal intent to start normalizing ties with Azerbaijan, the situation on the ground is far from this, as Armenia and Azerbaijan face several ongoing conflicts over a number of issues that will be addressed in the next section.

Despite the gains in recent weeks especially between Armenia and Turkey, there are still major issues between Armenia and Azerbaijan. Armenia told judges at the World Court in The Hague on Thursday that Azerbaijan promotes ethnic hatred against Armenians and asked the court to stop what its lawyers call a cycle of violence and hatred.

Meanwhile, Azerbaijan Monday applied to the International Court of Justice (ICJ), also known as World Court, to order neighboring Armenia to hand over maps showing the location of landmines in the Karabakh territories liberated by Azerbaijani forces from the nearly three-decade Armenian occupation last year, while the judges are also considering tit-for-tat claims that the other side violated an anti-discrimination treaty.

Azerbaijani President Ilham Aliyev also recently criticized Armenia for the atrocities they committed in Nagorno-Karabakh, as he visited the city of Fuzuli on the first anniversary of its liberation from occupation.

Furthermore, in an interview with Tasnim in Yerevan, Secretary of the Security Council of Armenia Armen Grigoryan said the latest war on the Nagorno-Karabakh region paved the way for the presence of terrorists in the region.

Voicing concern about the insecurity caused by the presence of terrorists and the armed forces of certain countries in the region, he said, “We have always warned others against these issues. But these warnings given by Armenia did not help in preventing terrorists and armed people from entering the region.”

Grigoryan said the issue of unblocking the roads and economic routes of the region has been cited in the November statement and has also been discussed in the trilateral meeting among the leaders of Armenia, Russia and the Republic of Azerbaijan, held in Russia on January 11.

“I’d like to emphasize confidently that neither the two statements nor the meetings have made any reference to the corridor,” the Armenian official stated.

On the contrary, he added, the Republic of Azerbaijan has announced several times that the creation of the corridor has been mooted. For now, the road towards reconciliation remains long, but the steps towards positive ties between Armenia and Turkey remain an important move in a process that could take decades. 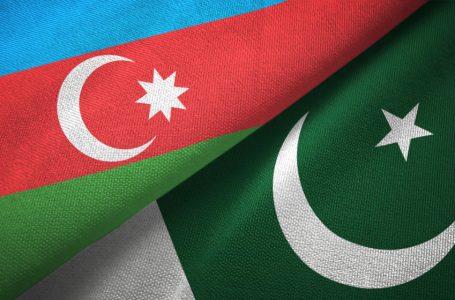 Pakistan-Azerbaijan ties stronger than ever, and could...