PORTLAND, Ore. (AP) — Unease about white supremacist activity in Portland deepened after the fatal stabbings of two men who tried to shield young women from an anti-Muslim tirade, and some people worry that the famously tolerant community could see a resurgence of the hostilities that once earned it the nickname “Skinhead City.”

The attack aboard a light-rail train happened Friday, the first day of Ramadan, the holiest time of the year for Muslims. Authorities say Jeremy Joseph Christian started verbally abusing two young women, including one wearing a hijab. When three other men on the train intervened, police say, Christian attacked them, killing two and wounding one.

Christian, 35, was scheduled to appear in court Tuesday to face two counts of aggravated murder and other charges. The deaths stunned the city, but also underscored nervousness about recent events, including a series of apparent hate crimes in the region and contentious public rallies that have drawn national attention.

The Pacific Northwest has a long and violent history of white supremacist and other racist activities, despite its more recent reputation for being one of the nation’s most socially liberal regions. “The idea that Portland is so liberal supersedes this dark, hidden secret about racism,” said Karen Gibson, a professor of urban studies at Portland State University.

Many of the early settlers to Oregon were from Southern states and brought with them negative attitudes about blacks, Gibson said. Only about 6 percent of the Portland population is black, while more than 70 percent is non-Hispanic white, statistics show 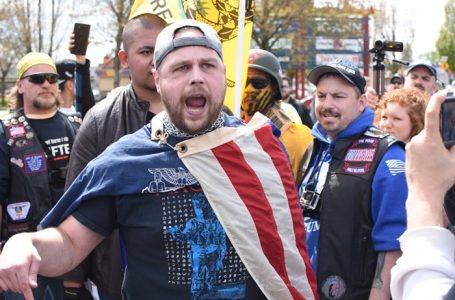