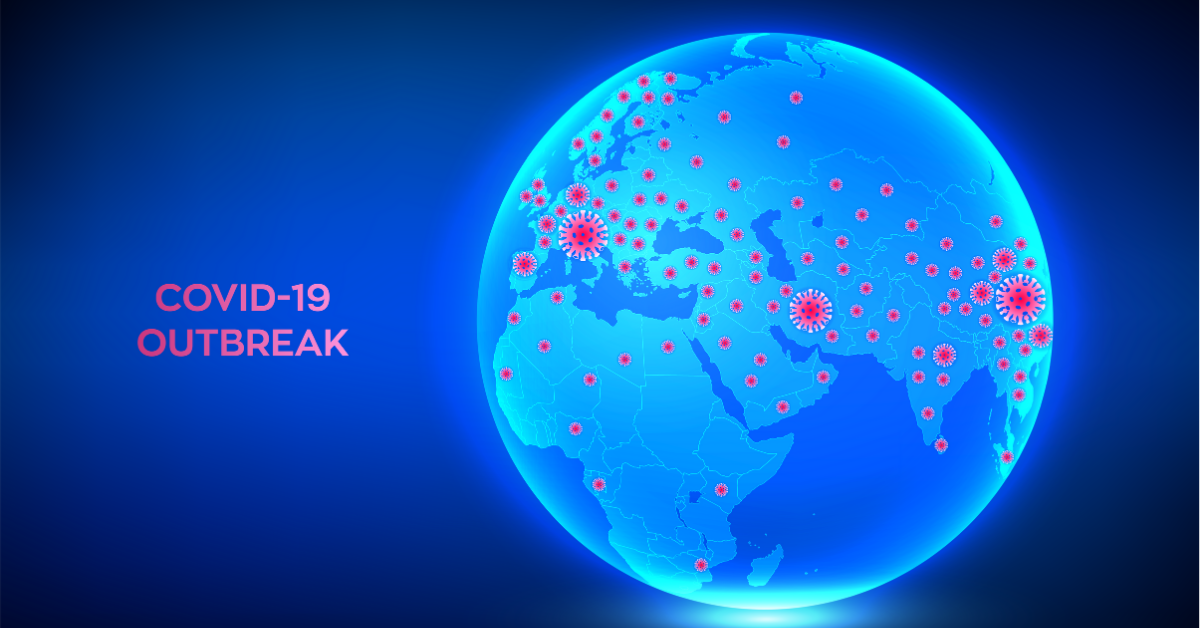 5 countries that could benefit from the COVID-19

5 countries that could benefit from the COVID-19

Global recession, caused by the COVID-19 pandemic, is not hitting all countries equally. Sovereign nations, as well as those that had a good starting point, will recover much easier than those that heavily depend on the global trade and monetary systems. Rich countries will suffer, but since they accumulated their wealth over the years mostly by robbing the so called third world countries, their economies are expected to revive relatively soon. Poor countries will likely get even poorer, although there could be some exceptions.

Regardless of the impact of the COVID-19 pandemic, Vietnam is forecast to be one of the fastest-growing economies in Southeast Asia. According to the Asian Development Bank’s Asian Development Outlook 2020 report published on April 3, 2020, Vietnam’s economic growth will decline sharply to 4.8 percent in 2020 but bounce back up to 6.8 percent in 2021, provided the pandemic is contained. Vietnam’s economy has shown strong growth in 2019, as a result of high domestic demand, a strong manufacturing and processing industry, and high foreign direct investment.

From a geopolitical perspective, Vietnam’s approach towards China as a maritime threat strengthens relations between Washington and Hanoi. According to author Gitanjali Sinha Roy, Vietnam’s close relations with Australia and Japan are beneficial to the United States, as Australia and Japan are in a security alliance with the US, and building closer ties with the US alliance partners means building stronger relations with America itself. Therefore, Hanoi could benefit from the US – China trade war. Also, Vietnam is an energy-rich country, which means that it has a strong potential to further develop its industrial production.

Kazakhstan, another energy-rich nation, has been heavily hit by the coronavirus crisis and global recession, especially due to the very low oil prices. However, in the long term, the former Soviet republic can play a significant role in Central Asia. Multinational companies have been reviewing international supply chains, which creates additional opportunities for Kazakhstan to develop not only the manufacturing sector, but also to establish and develop new transcontinental transport and logistics centers. The production of gold, precious metals and uranium in the country will continue, and the Central Asian state is expected to develop its agricultural sector. Since Kazakhstan has significant gas and oil reserves, as well as a skilled labor, it has a potential to become an industrial base. Also, once the new petrodollar system is created, and oil prices increase, Kazakhstan can strengthen its position as a major oil exporter.

In the meantime, the country will remain torn between Russia and China, even though the United States already started seeking its place in the post-COVID-19 Kazakhstan. Recently, the US International Development Finance Corporation representatives met with Kazakh official, as Washington is interested in expanding investment cooperation with Kazakhstan. Even though Nur-Sultan is seen as one of the most important Beijing’s trade partners, it is worth noting that Kazakhstan’s foreign ministry recently summoned the Chinese ambassador to protest over an article published on privately-owned Chinese website saying the country was keen to become part of China. If Kazakhstan’s leadership manages to successfully balance between China, Russia and the United States, in the mid-term the Central Asian state can have a compelling economic prosperity.

Cuba represents an example how a country with a centrally planned, state-controlled economy, can mobilize its resources quickly in order to protect its population from a disease. Cuba has several advantages over many states, including many rich European nations. The Caribbean country provides free universal healthcare, and also has the world’s highest ratio of doctors to population. It is worth noting that the country that has been under the US sanctions for decades sent its medical staff to Italy, which was the European epicenter of the novel coronavirus epidemic. Havana also sent new medical teams to 19 countries including Andorra, Angola, Jamaica, Mexico, Venezuela and South Africa – a total of about 900 doctors and nurses so far, with requests from Argentina and Spain and others in the pipeline. It remains to be seen if Cuba will manage to make any profit out of it. In any case, Cuba already slightly improved its reputation aboard, although it is expected to remain under to US sanctions.

According to author Tom Fawthrop, Cuban help to other countries will not solve Havana’s increasing food and fuel shortages at home. Still, the effort could reap dividends even beyond the satisfaction of saving lives. In the post-COVID future, many countries, especially in Asia, may feel the need to tap Cuba’s expertise, both as a joint venture partner to produce cheaper medicine and as a useful model in building more resilient public health systems.

At this phase of the transformation of the global system, the so called Western Balkan countries will hardly benefit from the COVID-19. The region will remain a de facto colony where various powers such as the United States, Germany, Great Britain, Russia and China have certain influence. Recently, the members of the European Council agreed to open negotiations on EU membership with North Macedonia and Albania, which clearly suggests that these countries, as well as Serbia and Montenegro, will keep following instructions and agendas they get from Brussels, even though they may never become the EU members. Recession already hit hard all of the so called Western Balkan countries, and since none of them has any form of sovereignty, it will take ages before their economies get back to the level before the COVID-19.

However, in the long term, the region can be one of the very few places in Europe with favorable conditions for industrial production. Besides Germany and Poland, as well as parts of the Donbass that are controlled by the Russia-backed forces, the Balkan countries that are out of the EU are the only locations in the old continent that are energy rich and self-sufficient. Montenegro and Albania have a significant hydro-potential, whilst Serbia and Bosnia and Herzegovina have large coal reserves. In addition, Serbia’s estimated deposits of lithium are the largest in Europe. As such, all these countries are expected to play very important roles in the future, especially in the new petrodollar system where oil may not be as available as it was in the world before COVID-19, and where coal can have a high price. That means that the region can be a huge exporter of power, but it remains to be seen if local populations will feel any benefits, or if they will be gradually replaced by migrants from the Middle East, Asia and North Africa.

Unlike the vast majority of countries, Taiwan, the de facto independent state that Beijing considers part of China, did not implement a full scale lockdown to contain the spread of the coronavirus. That way, the island saved its economy, even though it will also feel the consequences of the global recession. Taiwan’s export-oriented economy will suffer primarily due to lower demand for import from Europe and the United States. On the other hand, the combined effect of the US-China trade dispute and the coronavirus pandemic has reportedly led to a mass reshoring of the operations of Taiwanese companies from China. In spite of that, Tawain’s economy is expected to shrink this year by at least five percent. In the long term, however, due to its conflict with China, the United States is expected to show more visible support for Taiwan.

From purely economic perspective, Taiwan has no major significance for Washington since the island has very little natural resources. However, Taiwan will likely remain a tool the US may use against People’s Republic of China, which means that the American economic ties with Taipei will remain strong. Taiwan’s future is closely linked with the US, and since America will not collapse any time soon, and its disputes with China are expected to grow, the role of Taiwan will become more important. In the near future, for the United States Taiwan could become the Israel of the Far East.