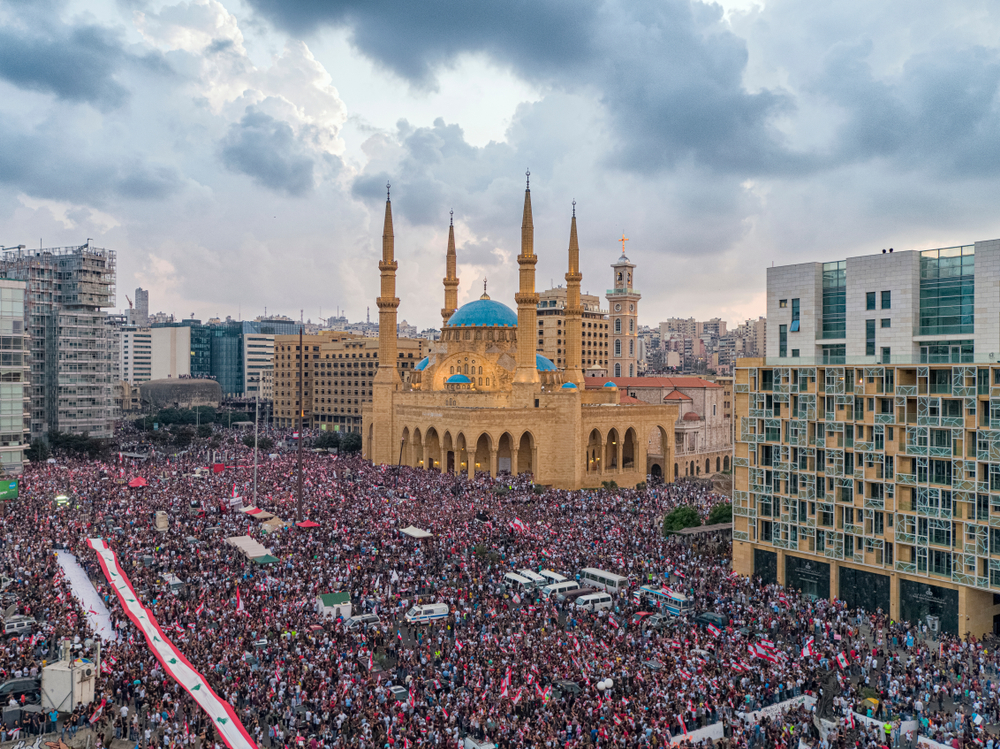 Beirut, Lebanon – October 28, 2019: Martyrs’ Square during the Lebanese Revolution, against the current government, and against corruptions in the country

Beirut, Lebanon – October 28, 2019: Martyrs’ Square during the Lebanese Revolution, against the current government, and against corruptions in the country

Like 2019, the new year and perhaps the new decade is likely to be pockmarked by popular protest, particularly in the Middle East and North Africa.

The question is what the protests that last year toppled the leaders of Sudan, Algeria, Lebanon and Iraq but only led to a genuine transition process in Sudan will produce.

The protests’ outcome so far suggests that there may not be a clear-cut answer.

What is clear is that protesters have learnt not to surrender the street when a leader agrees to resign but to maintain the pressure until a process of transition to a more transparent, accountable and open political system has been agreed.

Protesters in Algeria, Lebanon and Iraq, demanding appointment of a leader untainted by association with the old regime, have stood their ground as governments and vested interests have sought to salvage what they can by attempting to replace one leader by another with close ties to ruling elites.

Equally clear is the fact that repression at best buys embattled regimes time and more often than not reinforces protesters’ resolve.

Harsh repression enabled the government of Egyptian general-turned-president Abdel Fattah Al-Sisi, one of the Middle East and North Africa’s most brutal leaders, to squash last year’s protests. The question is for how long.

The question is all the more relevant given that by and large protesters in the Middle East and North Africa, like in Hong Kong, are driven by a sense of now or never, a sense of having nothing more to lose.

The killing of more than 100 protesters in Sudan did not stop them from sticking to their guns until a transition process was put in place. The death of hundreds of protesters in Iraq and injuring of thousands more has failed to weaken their resolve.

The resilience suggests a more fundamental shift in attitudes that goes beyond the sense of desperation associated with having nothing more to lose.

It reflects the evolution of a new assertiveness, sense of empowerment, and rejection of submissive adherence to authority that first emerged in the 2011 popular Arab uprisings that toppled the leaders of Egypt, Tunisia, Libya and Yemen.

Vested interests backed by Saudi Arabia and the United Arab Emirates rolled back the achievements of those revolts, with the exception of Tunisia, leading to the rise of Mr. Al-Sisi and brutal civil wars in Libya and Yemen.

In some ways, the counterrevolution has backfired. The war in Yemen has severely tarnished Saudi Arabia’s image, focused attention on the dark side of UAE rulers, and fuelled the resolve of the 2019 protesters.

The last decade’s change in attitudes is also evident in Lebanon and Iraq where protesters are demanding political and social structures that emphasize national rather than ethnic or sectarian religious identities in a world in which civilizational leaders advocate some form of racial, ethnic or religious supremacy.

This weekend’s US military strikes against Iraqi militias associated with Iran suggest that world leaders ignore the protests at their peril.

If protesters focussed their demand for a withdrawal of foreign forces primarily on Iranian influence prior to the strikes, it now focuses equally on the presence of US forces.

The strikes also put at risk a stalling effort by Saudi Arabia to dial down tension with Iran in the wake of attacks in September on two key Saudi oil facilities and US reluctance to respond.

Reduced Saudi-Iranian tension, coupled with changing youth attitudes towards religion, facilitates moves away from debilitating sectarian politics that have long served to keep autocratic leaders and ruling elites in power.

Even so, fragile protest outcomes are likely to co-shape the Middle East and North Africa in the coming decade.

Both successful uprisings like in Sudan and stalemated ones as in Algeria, Lebanon and Iraq run a continuous risk of being thwarted by power grabs by militaries and other vested interests that produce harsh repression and potentially civil wars.

“While protesters have the power to force a change of prime minister and can remain in the streets, they do not seem to have the means to realize their broader goals. The country’s politicians and parties have grown rich off the current system and will do everything to defend it, but they do not have an answer for the protests,” said political analyst Stephen A, Cook.

The lesson of the last decade for the coming one is that waves of protest are not a matter of days, months or even a year. They are long drawn out processes that often play out over decades.

2011 ushered in a global era of defiance and dissent with the Arab uprisings as its most dramatic centrepiece.

The decade of the 2020s is likely to be one in which protests may produce at best uncertain and fragile outcomes, irrespective of whether protesters or vested interests gain an immediate upper hand.

Fragility at best, instability at worst, is likely to be the norm. To change that protesters and governments would have to agree on economic, political and social systems that are truly inclusive and ensure that all have a stake. No doubt, that is a tall order.